While many TV shows are going into hibernation after their fall finales, TNT is serving up some original fun with a new TV series called The Librarians.

Remember the TNT Librarian movies starring Noah Wyle? (ie…The Librarian: The Quest for the Spear, The Librarian: Return to King Soloman’s Mines, The Librarian: The Curse of the Judas Chalice). Tremendously successful, TNT is kicking off a series based on the goofy, cerebral Librarian who manages the Metropolitan Public Library to save the world from people who would abuse magic. 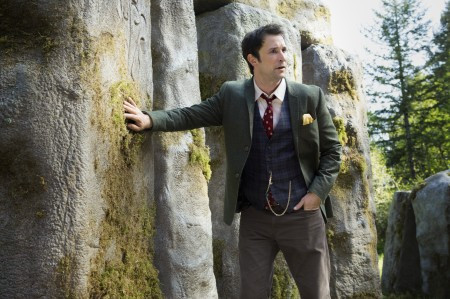 You don’t need to see the movies for the TV show to make sense, but if you want to get the full Librarian/Librarians experience, TNT is marathoning all three movies starting at noon (11 am central) on Sunday, leading up to the series premiere that night.

In the movies, Flynn Carsen (Noah Wyle) became the new Librarian and was drawn into this secret world where magic has left the earth and now lives in enchanted artifacts. The Librarian’s job is to keep magic from running wild across the Earth – which is exactly the goal of the evil Serpent Brotherhood.

In the 2 hour premiere of the 10-episode series, Flynn discovers someone is killing off potential Librarians. He heads out to try to save the last of the candidates and winds up using their talents in this new adventure. His posse includes: Eve Baird (Rebecca Romijn) the Guardian aka the muscle, Jacob Stone (Christian Kane) a genius art historian who was an oil driller, Cassandra Cillian (Lindy Booth) who is a very unusual and jittery science genius and Ezekial Jones (John Kim) a brash, techie thief. 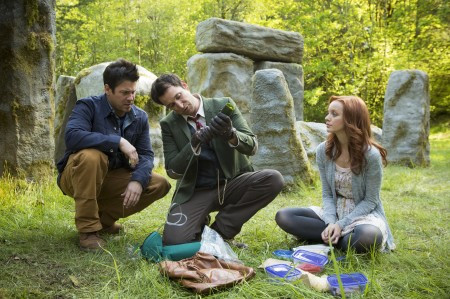 The Serpent Brotherhood is up to their old tricks with Dulaque (Matt Frewer) and Lamia (Lesley-Ann Brandt) pursuing the crown of King Arthur to release magic in the world. Flynn realizes that the task of keeping magic at bay has gotten a lot, lot bigger so he enlists the team to stay on and fight. They’ll have the reluctant help of Jenkins (John Larroquette) who takes care of the Library while Flynn pursues his own agenda. Flynn will drop by from time to time (or half of the series, I believe!). 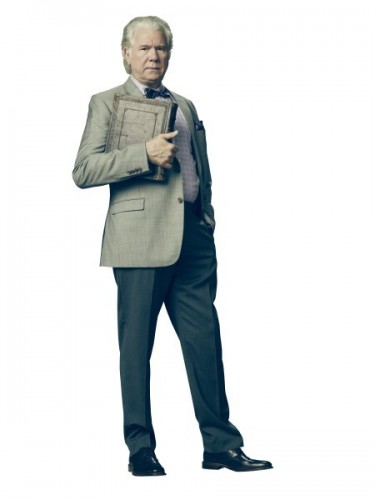 The Librarians is goofy fun since the show emphasizes comedy over the adventure. Be prepared for more good-natured wackiness than rip-roaring action. Sure there’s lots of action with Eve Baird, a former CIA counter-terrorism expert, and Jake Stone, the bar brawler, but the pursuit of the Artifacts and the humor are the big focus of the show. As Rebecca put it: “Noah Wyle describes Flynn Carsen as Indiana Jones, if Indiana Jones is played by Don Knotts.” (Click here to read more about my chat with the stars and writer John Rogers at NYCC.) 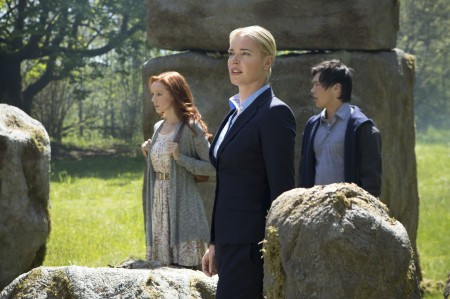 All in all, it’s a fun to watch and to see the wacky characters gel well over time. As Eve, Rebecca Romijn seems game for anything and is still easing her way into the part with some rough edges on her comedy and hand-to-hand combat. 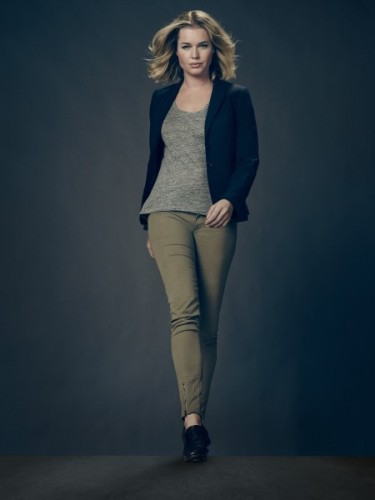 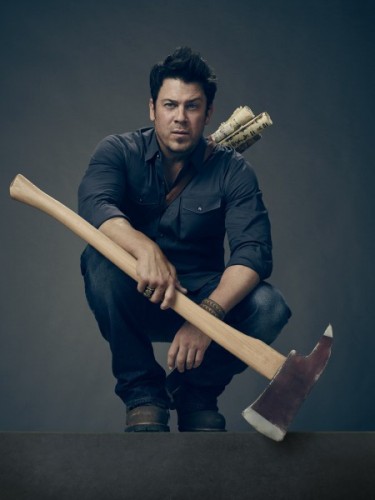 Lindy Booth’s Cassandra has an appealing fragility overlaid on her confidence with her brain. And, yes, she is adorably quirky. 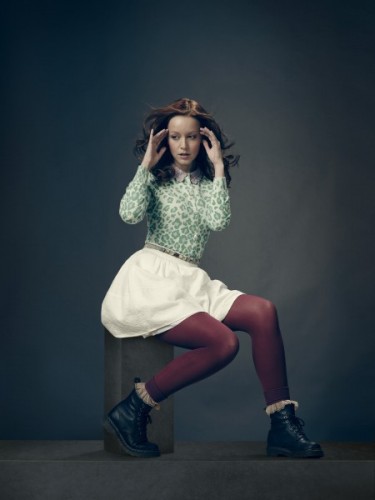 Meanwhile, John Kim’s impetuous Ezekiel Jones may be fun if the others can keep his cheeky attitude in check. 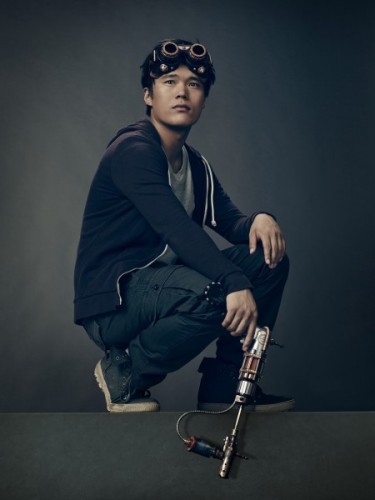 Look for more fun twists and surprises this season with a Minotaur, fairy tales and even Santa Claus making an appearance!

The Librarians premieres on Sunday, December 7th on TNT.