Man… And things on TV are just heating up! The TV Heartbeat has it’s pulse on what’s going on! Scandal Spoilers! Arrow Is Back! Jon Hamm’s new show!

Plus… What did people really thing about the Breaking Bad Finale? So much to talk about! So, let’s get to it!

Check out TV Heartbeat below!

Starling City will be safe again since Arrow is back in one week! A Mike the Fanboy reader favorite show, I can’t wait to see the following fight this season:

You know it's an exceptional fight sequence when I tear the entire ass out of my suit pants.

I’m not sure what specific move precipitated this incidence, but I will be tuning in to find out. (Purely for academic reasons, of course!) 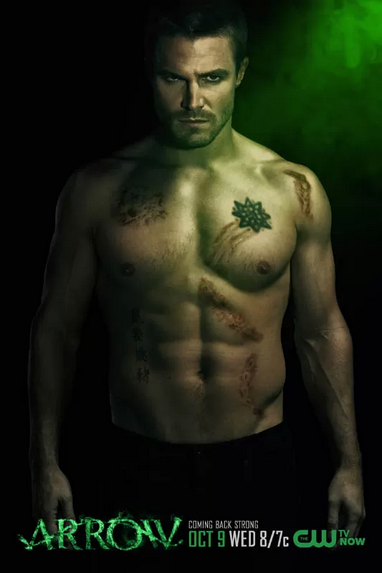 Did you know that Jon Hamm and Daniel Radcliffe did a TV series together? A comedy? That they are actually the same person? Welcome to A Young Doctor’s Notebook! A quirky black comedy produced by Jon Hamm, it aired originally in the UK and is now coming to the Ovation network. The two leads play the younger and older version of a doctor who reminisces about his formidable years. 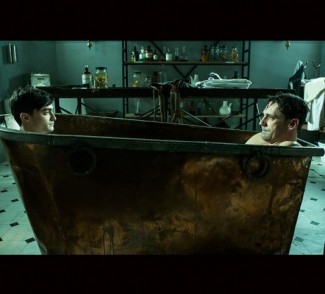 Scandal returns with the biggest scandal of all – Olivia’s love affair with the President is now public. Ah! How will she fix this one? How will Fitz deal with this? What will she wear next? Here are some spoilers from the cast if you want to know…

You know Halloween is around the corner when the airwaves are flooded with vampires, witches and zombies! Note: Some are sexy and some are scary. Let me help you figure out which is which…

The Vampire Diaries and its spinoff, The Originals, begin this week. Both are of the sexy variety (though they don’t sparkle in the daylight – which is fine by me!). 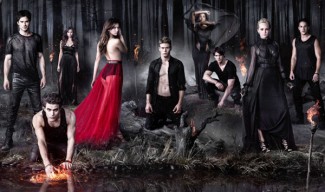 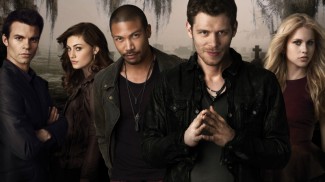 Witches will come in both varieties with the Witches of East End representing the sexiness. A new show on Lifetime, it stars Julia Ormond, Jenna Dewan-Tatum and Rachel Boston. No word yet on whether Jenna’s real-life husband (some dude named Channing) may make an appearance to up the sexy quotient.

Representing the scary witches, we have American Horror Story: Coven. Their third series moves to New Orleans to cover witches, incest, voodoo and other themes.

Last, but not least, let’s hear it for the zombies of The Walking Dead! Definitely not sexy zombies, but one of the best shows on TV. Or maybe the internet. The series starts up in a little bit, but you can watch some original webisodes to fill in the gap:

If that’s not enough, there’s still more premieres this week!

Health check in! The networks have been birthing their new babies and now we get to see how they’re faring in the real world. Which shows debuted well? Which ones didn’t? What about returning shows?

Well, so far, promotion pays off! The shows that the networks touted the most did do well. Marvel’s Agents of S.H.I.E.L.D. and The Crazy Ones did stellar while The Blacklist also shined up nicely. In week 3, Sleepy Hollow seems to be holding up pretty well. 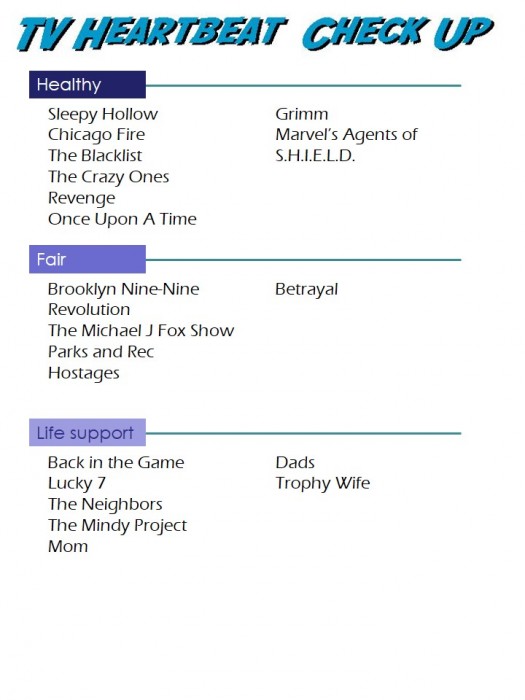 Talk Time! What did you guys think of the Breaking Bad finale? I can’t believe how utterly well-written and acted this show was. My thoughts: excellent way of wrapping up the story and getting closure on the main characters. Did everyone else feel that way? Was it really the best series finale ever? Did anyone NOT like the finale?

Jesse, I love you and you will always be a part of me. Thanks for the memories. Your friend, Aaron

If you’re curious, the genius behind Breaking Bad also discussed some alternate endings they considered for the series. None of them featured rainbows and puppy dogs so get ready for some bleakness: 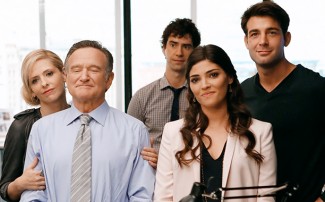 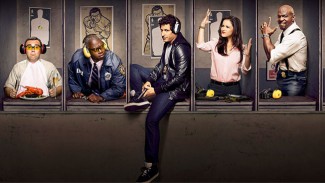 Strangely enough, social media was really quiet during the Breaking Bad finale. I think everyone was watching so closely, there wasn’t a lot of chatter until the “OMG I can’t believe it’s over” comments came out afterwards. Instead, Once Upon A Time and Revenge were chatting up a storm during their premieres. Did anyone check out the comments? Do you tune into twitter chats during new episodes?