Home / The Lovely Erica • TV Heartbeat / TV Heartbeat! Season and series finales! Which is which? Preview of Outlander this week!

It’s that time of year again! Summer is just around the corner so that means network TV will go into hibernation. We have a slew of season/series finales this week – we just don’t know which is which yet!

We know that Mom, Madame Secretary, New Girl, Gotham and Person of Interest are only signing off for the season — all of these shows are renewed for next year. Gotham was the big hit of the fall, but ratings have tumbled since then so you’ll notice a more concentrated Twitter effort to bring in more viewers (lots of live tweeting and swag giveaways). Never fear, they will be back but without Jada Pinkett Smith’s Fish Mooney. 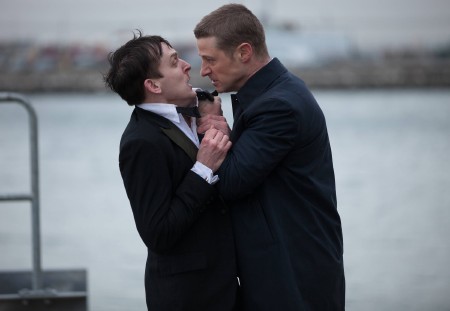 There are several shows which wait for the final verdict on their future – something that will ultimately be revealed in about 2 weeks. We probably won’t see any more from Backstrom or Forever (sadly). Secrets and Lies‘ recent ratings lift means there’s some hope that they will return.  The fate of Criminal Minds depends on contract negotiations so we’ll learn how badly CBS wants the show to return.

Meanwhile Showtime’s Penny Dreadful is back to haunt and thrill for another season.

Sadly, we’ve reached the halfway point of this first season. This is flying by too fast!  While Lallybroch is a picturesque residence, not all is well in the land. Here are clips from this week’s episode titled “The Watch.”