This is it! The final episode of True Blood! While the most recent seasons haven’t had the dizzying fun of the early seasons, True Blood always delivered its fill of beautiful people, great one-liners and bat-shit crazy plot twists. Last week’s episode seemed to give us happy endings for Jason, Jessica, Hoyt, Arlene and her new vamp man, Lafayette and James. This final episode should tell us the fate of Pam and Eric, oh and what also happens for Bill and Sookie! 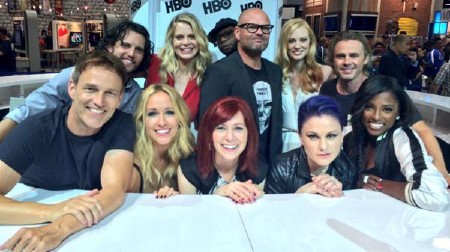 Also saying farewell, but only temporarily: The Last Ship. Despite the presence of Michael Bay as a producer, this first season has been well-paced and intriguing. I can’t stand Michael Bay as a movie director, but I have to admit that he’s producing some good TV with Black Sails and The Last Ship. No, The Last Ship isn’t a big study in characters, but it’s been a fun summer show. A huge summer hit for TNT, the crew of the USS Nathan James will be back next year to continue the crusade to save humanity from a deadly virus. 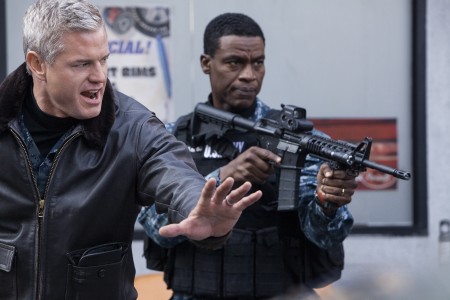 But it’s not all about goodbyes this week! Doctor Who is back a new incarnation of the Doctor! Peter Capaldi steps into the Tardis with spiffy new duds that remind me of Mumford the Magnificent from Sesame Street. A la peanut butter sandwiches as he travels to Victorian London to find dinosaurs roaming around. For the premiere, there will be a pre and post show hosted by Chris Hardwick. (The post show will air after the premiere of the Intruders.) 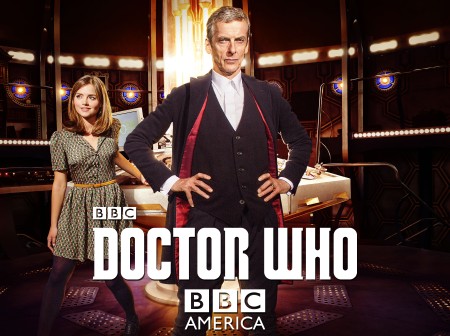 Intruders begins invading bodies this week! The new series from writer and executive producer Glen Morgan (The X-Files), Intruders is about a secret society devoted to chasing immortality by seeking refuge in the bodies of others. A thriller and not a gore fest, the cast includes Oscar-winner Mira Sorvino (Mighty Aphrodite, Romy and Michelle’s High School Reunion, The Buccaneers), John Simm (UK Life on Mars), James Frain (True Blood, Grimm) and Robert Forester (Jackie Brown, The Descendents, Heroes, Breaking Bad, etc..). Stay tuned for my review of the new show! 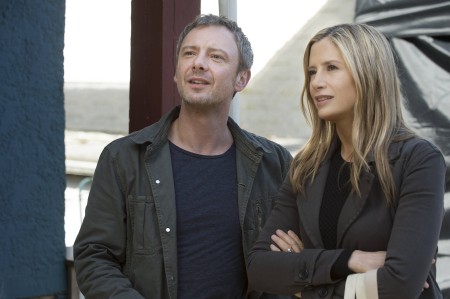 It’s time for the Primetime Emmy Awards! Seth Meyers will host this year’s festivities. Who will be taking home some hardware and who should practice their fake smile? Stay tuned for my thoughts on who needs to work on that acceptance speech! Billy Crystal will also be in attendance as a nominee, but also to introduce the tribute to Robin Williams. Break out the tissues…

The real-life inspiration for Jamie is joining the cast of Outlander!! Actor Frazer Hines will portray Sir Fletcher Gordon who we’ll probably see in the winter half of the season. After seeing Frazer as a kilted highlander named Jamie McCrimmon in an episode of Doctor Who, author Diana Gabaldon was inspired to write Outlander and create the character of Jamie. A nice bit of full circle here – something that producer Ron Moore also did when he added Richard Hatch (original Apollo) to the cast of Battlestar Galactica. Love it! 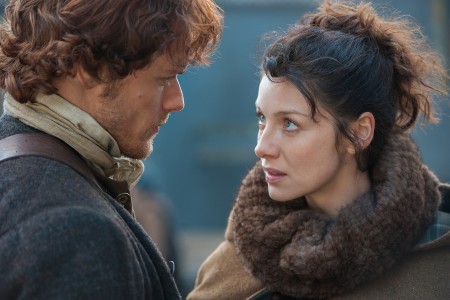 Meanwhile, this week’s episode of Outlander focuses on Claire’s plight as the official (and only) physician at Castle Leoch, oh and a prisoner, too.

Since medicine has evolved a lot in 200 years, Claire seems to heal people like magic and our headstrong girl may be ruffling local feathers. Not good for a suspected English spy! 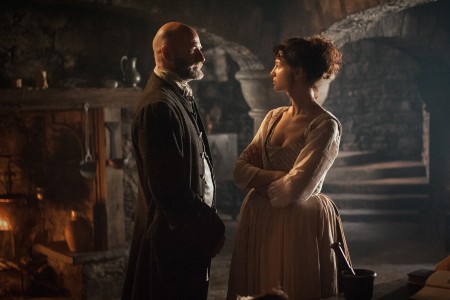 ICYMI – Outlander is renewed for a second season! A no-brainer announcement, really, but it’s great to have the official word. With solid ratings growth for the second episode, we’ll also get to see the adaptation of the second book, Dragonfly in Amber. While the first season is 16 episodes, the second will be “at least 13 episodes.” An interesting move since the show is very spendy (and you see all of that on screen!) and has a very long filming season. They started filming last October and are finally filming the final two episodes as we speak. Moving to 13 episodes would probably give them a 2 month break rather than 1 month break between seasons which is more normal. I’ll be curious to see if they still split up season two into a fall and winter season. 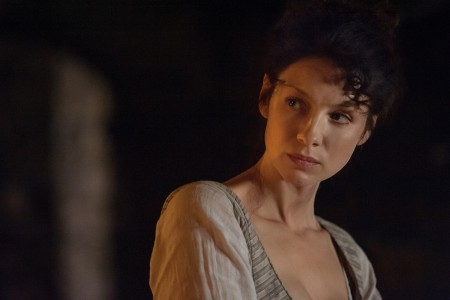 Also filed under “duh,” The Strain is also renewed for a second season! A solid hit for FX, the delayed announcement may be due to some budget negotiations as this is another pricey show to produce. Guillermo del Toro is a master creator and, well, the prop department would run out of funds to create some of his visions. Guillermo kicked in the needed funds himself, on the condition that he got to keep one of everything. Lol! Did we mention he’s a fanboy? 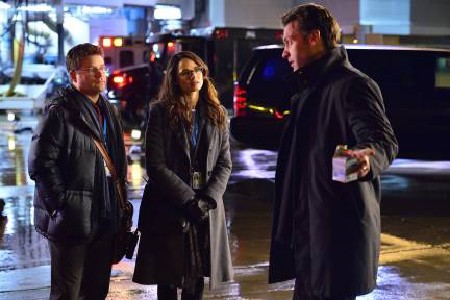 HBO is going for a second helping of The Leftovers! Though Big Apple Elisa loves this show, I have a tough time staying with it. Watching gloomy damaged people hurt each other is tough. It’ll be interesting to see where they take the show since I think they will start to go off-book in a second season. 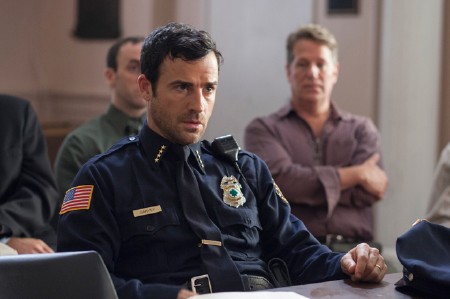 Still hoping for the fire, AMC renewed Halt and Catch Fire for a second season despite modest ratings. Also, family drama will continue with Switched at Birth renewed for a fourth season on ABC Family and Finding Carter getting a second season on MTV. 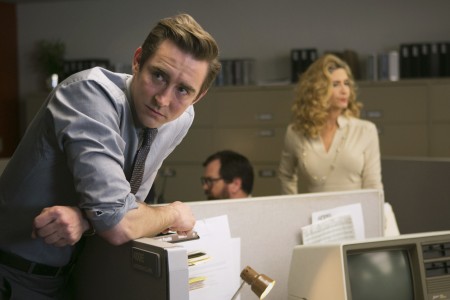 Best PR move of the week

ICYMI, Downton Abbey released some press photos for their upcoming season. One photo got a lot of attention since it doesn’t quite fit with the period! 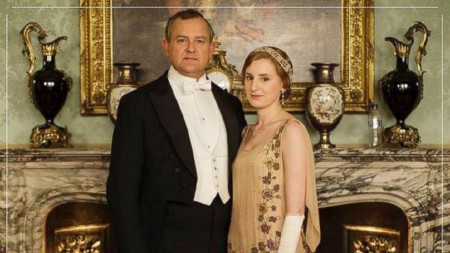 Since they used a crop version for the publicity photo, no one seemed to care about the rascally water bottle on the mantle. But then the uncropped version started getting around the internet because, well, that’s what the internet is for! Good natured, the cast came back with another photo and a promise to donate to WaterAid, an international charity that helps people get clean water and proper sanitation. Nice move! 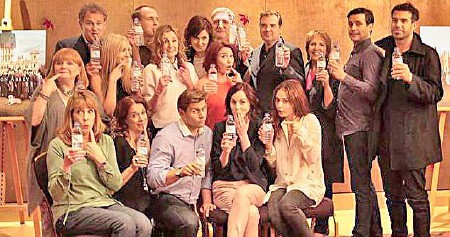 Bad PR move of the week

Every January, we hear how much advertisers are paying for a 30 second Super Bowl commercial and the broadcast is littered with sponsors and logos everywhere. Clearly they must be cash-strapped, right?

It seems that way since the NFL is reportedly asking the Half Time performers to kick in a percentage of their tour profits. What? Isn’t that what Super Bowl sponsors are for?

While the performers don’t usually get paid for their appearance, it seems really scrooge-like for the NFL to ask them to PAY to be a part of the show. Right now Katy Perry, Rihanna and Coldplay are under “consideration,” pending negotiations. Uh huh. 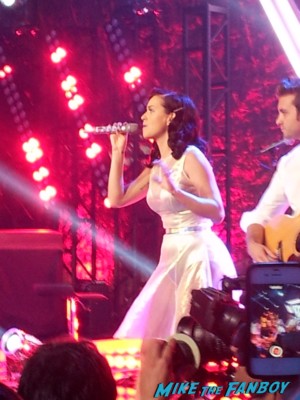