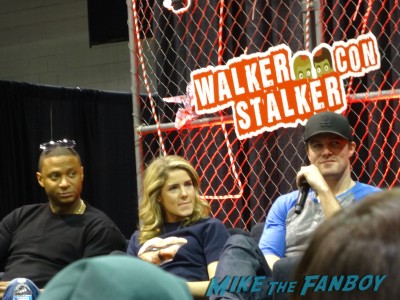 The cast was relaxed with several enjoying Chicago’s famed St. Patrick’s Day celebrations while in town for Walker Stalker con. 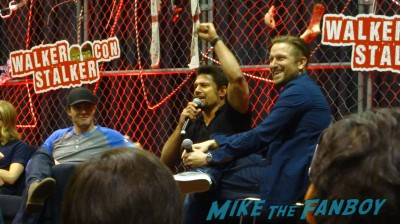 Each cast member talked about how they first secured their roles with Stephen leaving Private Practice and Emily seeking council from her dog:

David worked previously with one of the producers so he had an in on Diggle. Incidentally, Diggle was a new character created for the show, but he’s been so popular, Diggle is now showing up in the Green Arrow comics.

You know how some actors say they would kill to get a role? Well, Manu choked a guy unconscious for his role as Slade/Deathstroke. (Good thing Manu is such a nice guy…)

When they look back at their favorite moments in the show, the actors tend to pick character moments over the big action sequences.

When one audience member asked a (bizarre) question of whether any of the actors wanted to be a Power Ranger, there was a very awkward pause as they tried not to bust a gut laughing. Manu broke first and describes his vision of what would happen if Slade and the team encountered a random Power Ranger on the island:

So what lies in the future for Arrow? Well, the Green Arrow for one thing!

And was that Harley Quinn in the Suicide Squad last week? Here’s Stephen’s answer:

So where is all this going? The casts promise that everything is building off to a huge finale payoff with Deathstroke!

Catch Arrow on Wednesdays on the CW! In the meantime, enjoy the photo gallery from the panel! 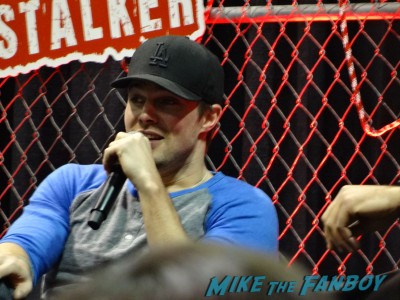 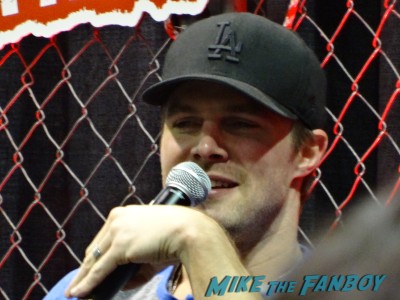 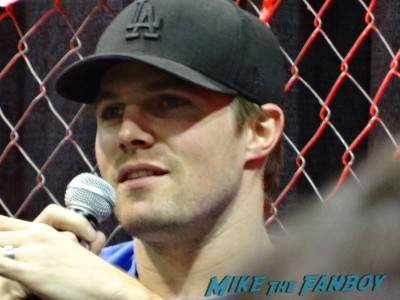 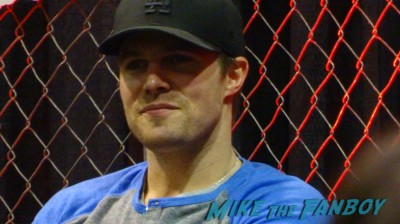 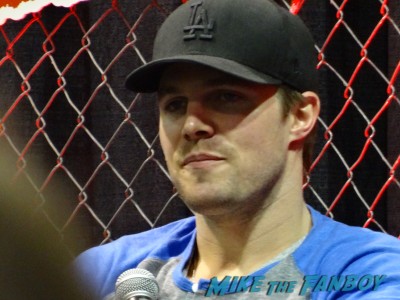 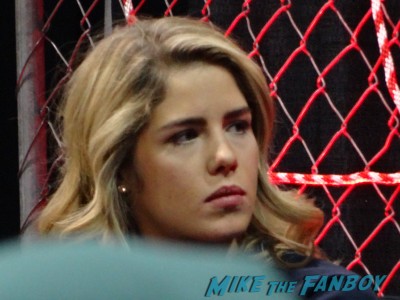 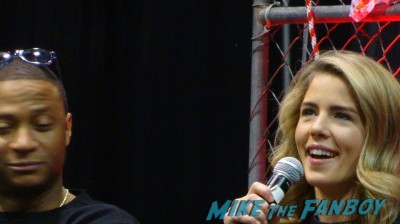 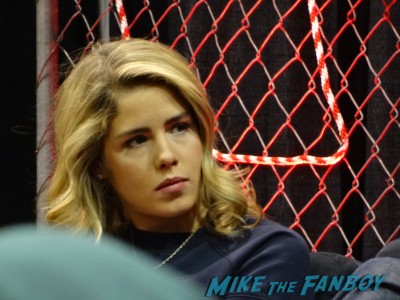 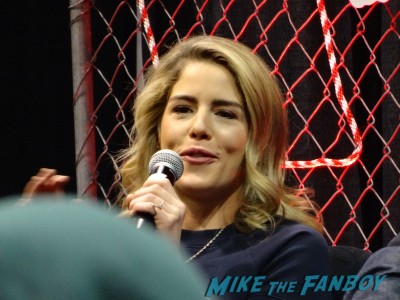 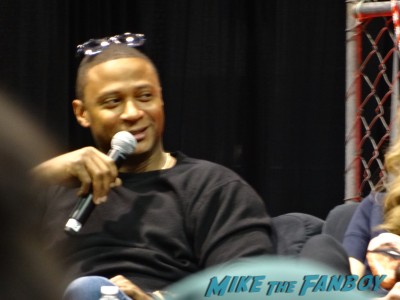 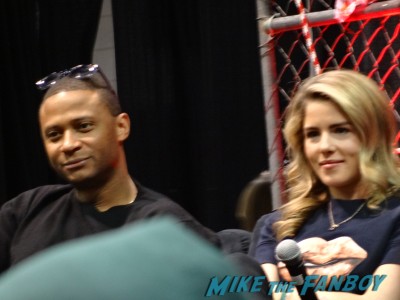 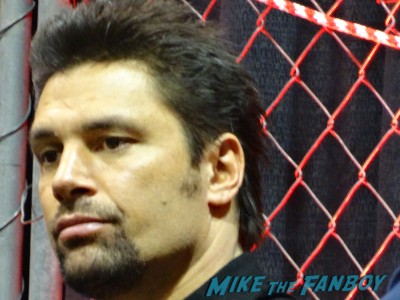 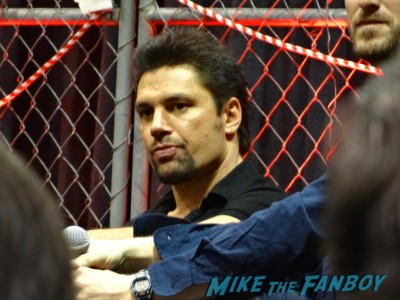 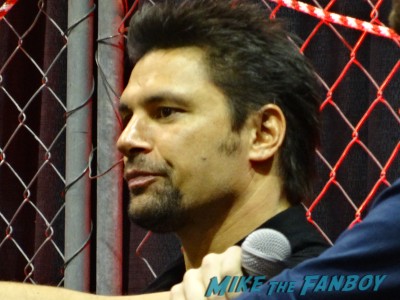 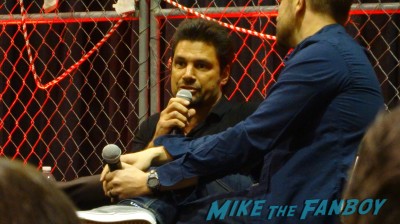