MTF Reader Marcel headed out to meet pop superstars U2. They are a tough band to get and Marcel had great luck meeting The Edge, Bono and Adam. Can you even think of all the songs that U2 has? Elevation, Sunday Bloody Sunday, Beautiful Day, Mysterious Ways, I Still Haven’t Found What I’m Looking For, I mean it’s endless.

Check out Marcel’s recap below!

First I was at the hotel on Friday. I got Adam on my CD. They wanted to get Bono out too, but there were too many fans blocking the street and so they decided not to do it and told us he took the garage and we don’t have to wait any longer.

First one was Adam, who I already got. Followed by The Edge and finally Bono. 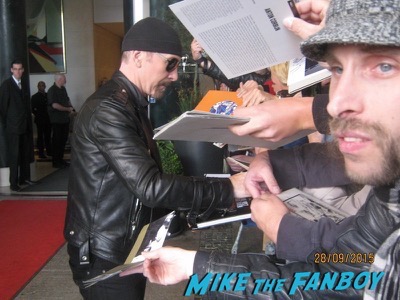 Each signed for everyone on both sides onto the street and spent about 10-15 Minutes outside with the fans. 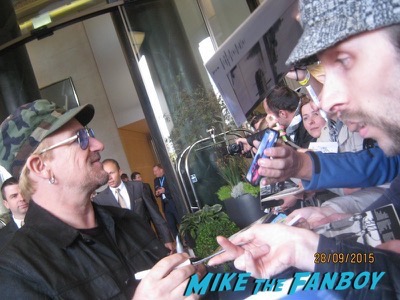 Bono signed my CD and when he was already signing for the person next to me I asked him for a dedication and he was like, “What?“ and I told him again, ”To Marcel“ and in the end I said “Thanks man“ and he was like “You’re welcome Marcel!“ Such a nice guy. I never thought that and I never was really into them. I liked “Vertigo“ since its release and the new Album is amazing! 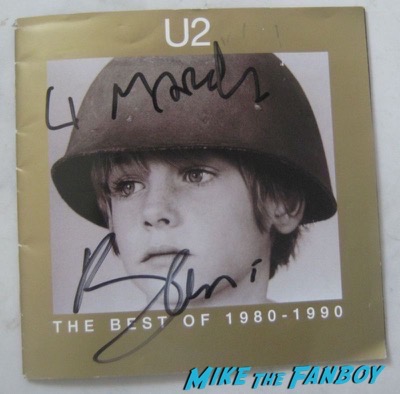 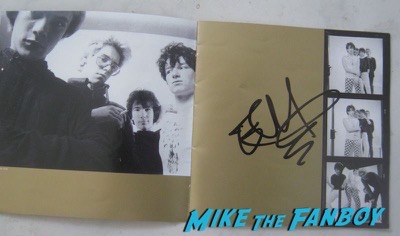