There are so many X-Files fans out there… I know because I hear from them all the time! LOL… I fact, driving this morning I actually heard Brie Larson’s, “David Duchovny why don’t you love me…” I thought wow, this must be a conspiracy… hmmmmmm and then Mike The Fanboy reader and all around awesome dude Scott sent us in this really fun report about meeting X-Files creator Chris Carter and star Gillian Anderson! David Duchovny was also at the Q and A event but didn’t have time to participate in the meet and greet.

While there was no photography allowed, Scott did manage to find some photos of the event from www.xfilesnews.com and I suggest checking out their site cause it rocks! Especially for all you X-Files Junkies!

Check out Scott’s full report after the jump!

I Want To Believe… The tag line for what many consider to be the best sci-fi show of all time. On Sept 10th, 1993 Chris Carter introduced the world to “The X-Files” Fox Mulder and Dana Scully. The paranormal pair battled aliens, vampires, zombies and the occasional Christmas ghost on their quest to find the truth.. The iconic show lasted for 7 amazing seasons (Seasons 8 & 9 do not exist in my mind), spawned two movies, and created a fan base that few shows can rival. The show aired its series finale on May 9, 2002.

On July 30th, 2011 Gillian Anderson, David Duchovny, and Chris Carter were reunited at the Beverly Hills Hotel. The reunion was to support SA-YES and was arranged by IBG, a Los Angeles based non-profit organization that donates to various arts programs. 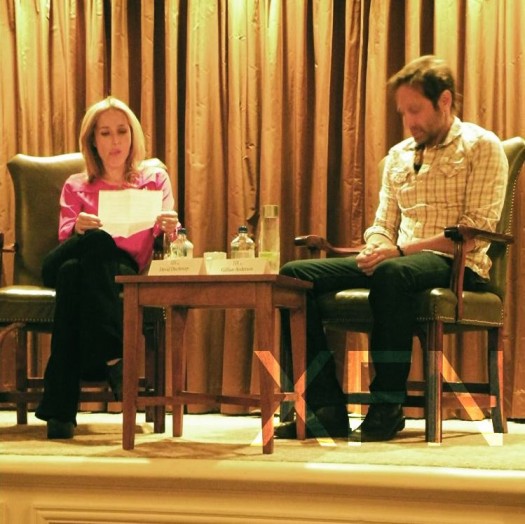 The platform was simple, Gillian Anderson and David Duchovny were to interview one another and Chris Carter was to join them in the later portion of the night. The audience was full of conversation, anticipation and laughter. You didn’t feel you were in a room of strangers, but one of friends who were very happy to see one another. No sullen uncomfortable looks, no cell phone conversations, just laughter and conversation. I couldn’t’ help but feel a group of kindred spirits had come together for one reason; celebration. 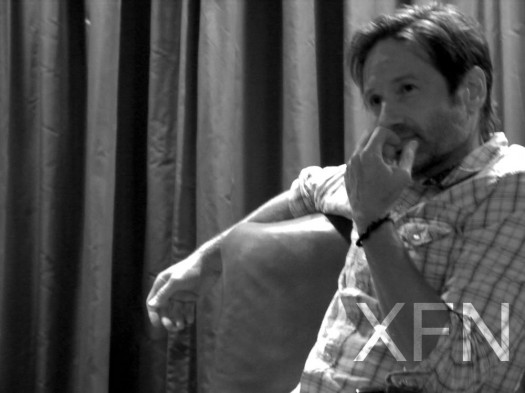 The night started with the introduction of Gillian and David. They entered the room to cheers and smiles, and wasted no time jumping into conversation. I had always heard rumors that the two were not close, but on this night, it felt as if I was eavesdropping on two very good friends, and at times, I think they forgot the audience was there. 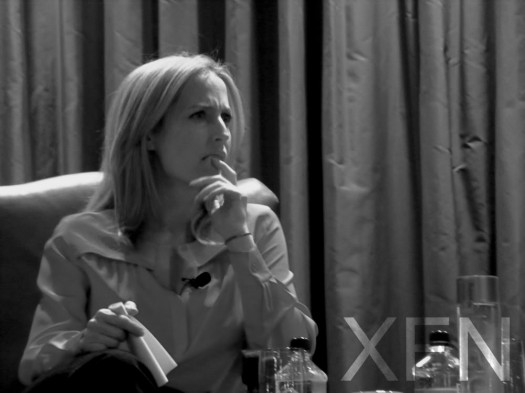 The early questions were about “Californication”, how did David’s Moody differ from Mulder, and why hasn’t Gillian been asked to guest star. As a hard-core fan of Mulder and Scully, I found David’s answer to be quite touching, “Because it wouldn’t be right. I keep the relationship between Mulder and Scully in a special place in my heart”.   They touched on behind the scenes memories, brought up the possibilities and hopes for “The X-Files 3”, joked about on-set pranks and other crew members, took time to celebrate Kim Manners, a director of some of the most famous episodes who died of cancer the previous year. 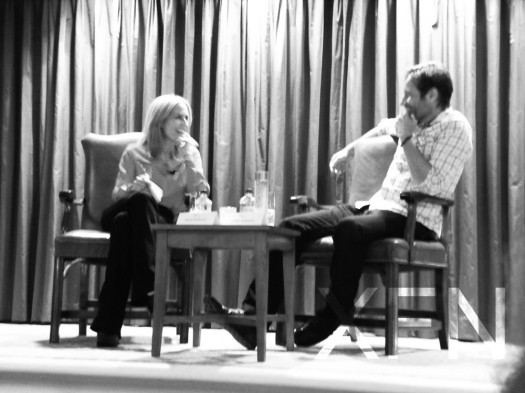 What I found most interesting about this event was that it wasn’t all about “The X-Files”. Aside from “Californication” they discussed Gillian’s BBC series, her time on the London stage, and David’s other films. They delved into personal beliefs, acting styles, and inspirations. This event wasn’t just about Mulder and Scully, it was also about Gillian Anderson and David Duchovny. Even the audience questions, which I usually cringe at, were, for the most part, interesting and personal. 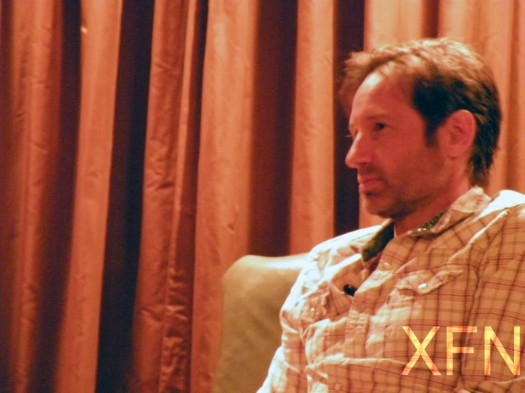 The evening ended with a meet-and-greet with Gillian and Chris. Gillian was kind and engaging. This was my third time meeting her and it seems as if she gets more fan friendly with time. She seemed genuinely excited to see us. I was fortunate enough to get a great autograph on my “The X-Files” morgue picture. It’s an amazing shot from Mark Seliger. 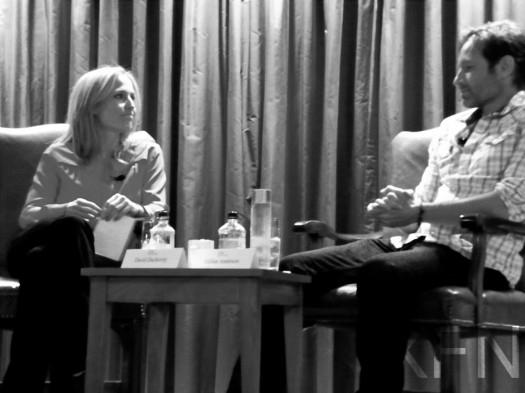 Overall- this was the best fan experience I’ve had. I’ve met many celebrities, been to many reunions and panels, but nothing has affected me quite the way this panel has. To see David and Gillian as friends, enjoying one another’s company, sincerely interested in each others thoughts and thought processes was such a joy to observe. The conversation was interesting and organic. These are people who really care for one another. These are people who worked their asses off to create something amazing and came out better human beings for it. 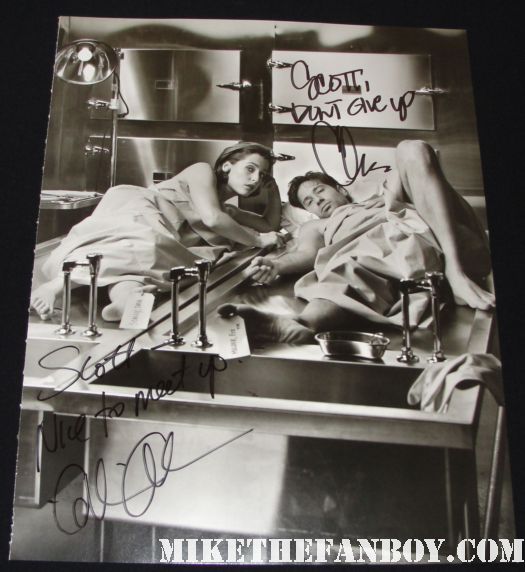 My field report is complete. The truth is still out there and I will always believe!! 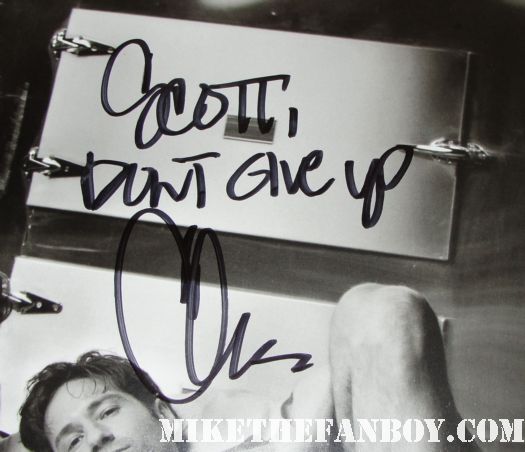 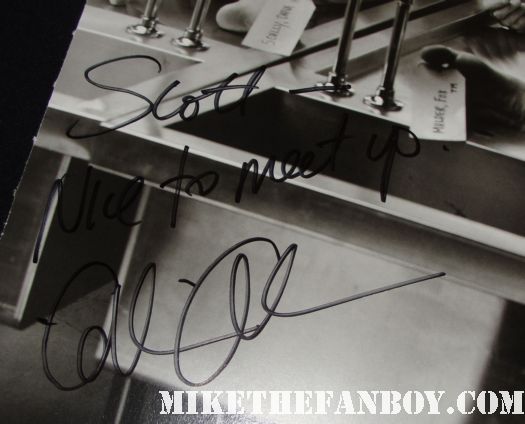