I admit it, and I’m not even going to try and deny the fact that I love me some Underworld. It’s one of the guilty pleasures I have. Kate Beckinsale should always be in skin tight black leather. It’s just a fact and something I firmly believe. So, when I heard they were making Underworld: Awakening… To say I was stoked was an understatement.

Now, let me say this, if you have never see an Underworld movie perhaps you don’t really need to see the fourth installment in a franchise. But If you have enjoyed the first three films in the saga… Well then, by all means go get yourself a ticket… In 3D… Kate Beckinsale in skin tight leather in 3D… It’s like this movie was made for me and 14 year old boys.

The plot, and yes there is one… Our vampire heroine Selene wakes up after being in a frozen coma for the past 12 years. In this time the Lycans and Vampires have been hunted to the point of obliteration by humans, and all the remaining vampires are hidden underground. They call this the purging. Selene wakes up and all hell breaks loose. Where is she? What has happened? Where is Michael her Lycan/vampire hybrid boy toy from the first two installments? And who is this young girl that woke her from her frozen state?

Selene saves the girl, Eve, from the evil lab, and then finds out that this is her daughter! Wha? Who knew? Now charged with saving Eve from the Lycans, Selene must risk her life to save Eve and find out what the hall happened to Michael, Scott Speedman? 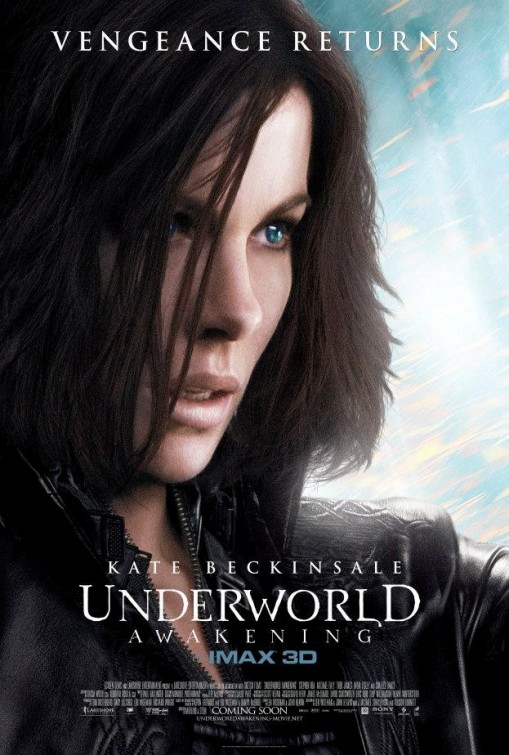 It’s a simple story, but I thought very effective. New directors Måns Mårlind and Björn Stein said hell to the mythology in Underworld and have made a cat and mouse chase story. That’s not a bad thing necessarily, as the action sequences are brisk, tight and fun. However, I like a bit of mythology and backstory thrown in, so hopefully if there is an Underworld five they will put some of that back in.

Kate Beckinsale is in fine form, my God does this woman even age? Bouncing from set piece to set piece she flies, jumps, kicks, punches, puts her fist through people’s stomachs, I mean damn, she’s getting around! At this point playing Selene is second nature to Beckinsale, and I like the fact that she’s completely enveloped in her character.

The supporting characters are just bullet fodder really with the exception of Michael Ealy, who plays an all too easily convinced human sympathizer. India Eisley, who plays Eve was very good in the role and I’m curious to see how her character grows as the film series progresses.

Overall, I had a wonderful escapist blast with Underworld: Awakening. Does it change the world… No. Do I want it to? No. Did I want to have fun? Yes! Did I have fun? Hell yes! What more can you want at an afternoon at the multiplex? 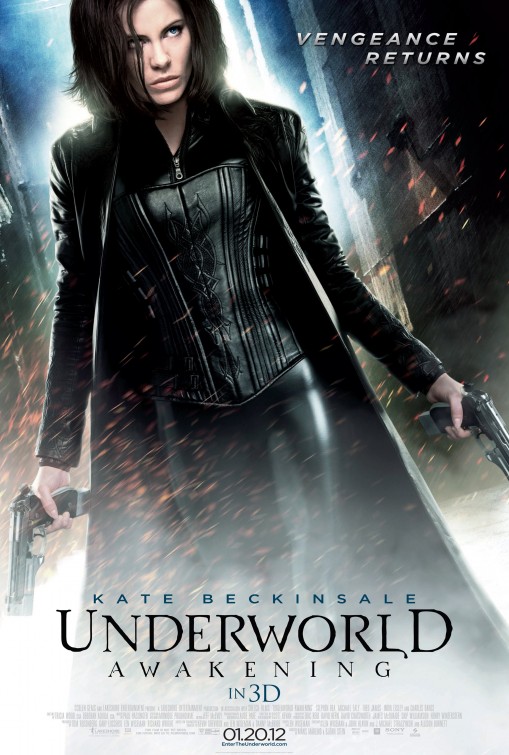