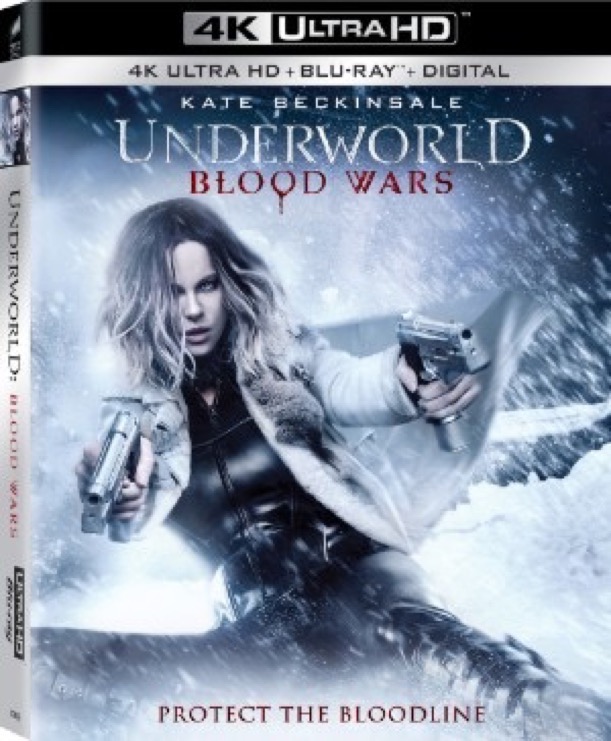 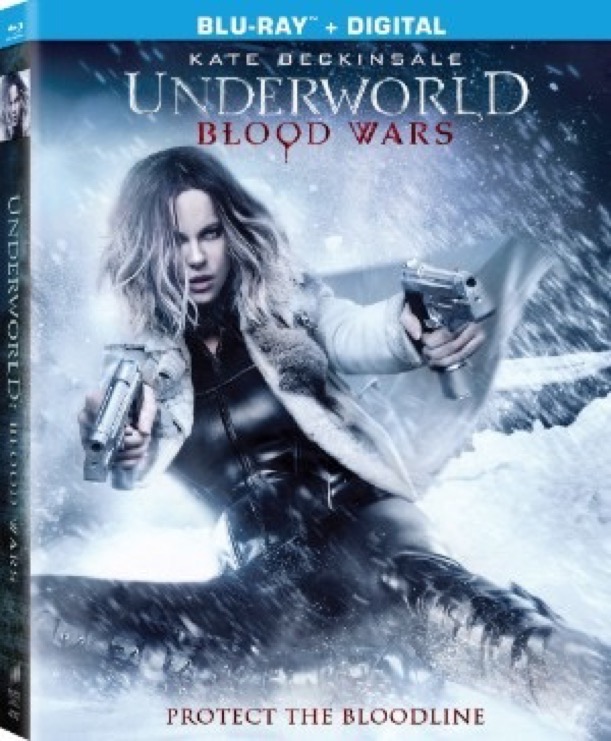 The Blu-ray, 4K UltraHD and digital releases feature the official UNDERWORLD: BLOOD WARS graphic novel, an animated rendering of the entire film. In addition, the Blu-ray, 4K Ultra HD, DVD and digital releases ofUNDERWORLD: BLOOD WARS include the featurettes: “Old & New Blood,” where fans receive an in-depth look at some of the returning characters as well as the new characters introduced in this film and; “The Evil Evolved”, where fans hear from Lara Pulver, James Faulkner Daisy Head, Bradley James and Tobias Menzies about the evolution of their characters. Two additional featurettes on the Blu-ray, 4K Ultra HD and digital releases include “The Evolution of Selene,” where fans can chronicle Selene’s evolution into the deadliest of all Death Dealers and; “Building a Blood War” where director Anna Foerster, her creative team and producers explain what it takes to bring the cutting edge visual effects and the underworld aesthetic to life.

Synopsis:
In the next installment of the blockbuster franchise, UNDERWORLD: BLOOD WARS follows Vampire death dealer, Selene (Kate Beckinsale) as she fends off brutal attacks from both the Lycan clan and the Vampire faction that betrayed her.  With her only allies, David (Theo James) and his father Thomas (Charles Dance), she must stop the eternal war between Lycans and Vampires, even if it means she has to make the ultimate sacrifice.

UNDERWORLD: BLOOD WARS has a run time of approximately 116 minutes and is rated R for strong bloody violence, and some sexuality.

*Exclusive to iTunes amongst digital retailers