Home / Billy Beer's Barstool • Fanboying! / Billy Gets Unreal! He Meets The Cast At A Q And A Including Ashley Scott! Shiri Appleby! Constance Zimmer! And More!

Along with his bestie Chris they made their way down and had success!

Check out it out below!

Welcome back to Billy Beer’s Barstool. Today we are off to see the cast of Unreal as they are out doing a Q & A to promote the show. Gonna be honest, never watched the show, I was looking to kill time before I had to take a flight to visit Mike’s sister in Michigan later that night,

(Editor’s Note: This is what Billy says when he pretends he has friends. M-)

but there are a few people I know from the show that I’ve never gotten and wouldn’t mind getting. Chris was coming too cause he has an obsession for Shiri Appleby.

When I get there, there are already a couple of people there. Ace’s fam was there, but no Ace. There must have been a celebrity BINGO game going on at a retirement center he had to attend. Chris is already there too drooling with anticipation.

After waiting a bit a couple of the cast members start showing up. Honestly, I only know three of the people on this show, Constance Zimmer, Shiri Appleby and Ashley Scott. So if it wasn’t one of them, I just watched the vultures get there $2 graphs.

Constance is the first person I recognize to arrive. She is always so nice (luckily she hasn’t decided to stop signing anymore). I have a couple of pictures for her to sign including one of my famous 5×7’s which she liked cause her husband is in the background. I then tell her (actually sing to her) I can’t wait for season 4 of House of Cards.

(Side Note- I thought Constance was a little overdressed for a Q & A, only to find out she had just come from the Agents of S.H.I.E.L.D. Premiere. HOW THE HELL DID I NOT KNOW ABOUT THIS!!!!!)

Now it’s starting to get close to the starting time. The greeter then asks us not to ask for signatures cause they are running late. I ask if they will see if they would do it after, and she said would would help us out if we behave ourselves.

Ashley was the next to arrive, which of course was the one I wanted the most. We asked her if she would mind signing after, and she said she would.

While the greeter was with Ashley inside, Shiri arrived. So of course while she waited for the greeter, we got our pictures signed. I got 2, but still had 1 more left. Time to wait for exits.

After waiting a while, the cast finally starts to come out. We stood where the greeter told us to stand, and true to her word, when they came out, she brought them to us.

Ashley was first to come over. I mention the fact I had JUST watched “Into the Blue” and she was surprised they still showed it on TV. I failed to mention I’ve watched every episode of Dark Angel too. I’m sorry if she’s in multiple things with Jessica Alba! She signed my photos and took pictures. I can’t believe she JUST had a baby! 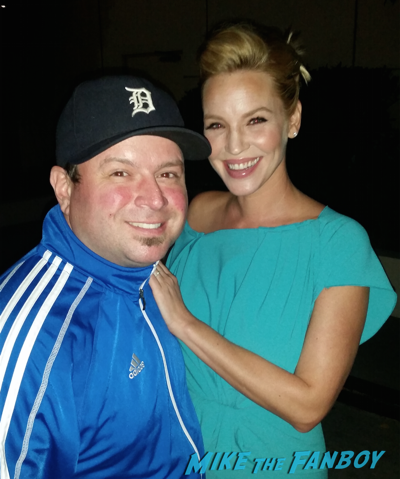 Speaking of Babies, here comes Shiri. She’s obviously prego, but she makes her way over too. Shiri is super nice too, taking pictures with everyone and signing pictures. 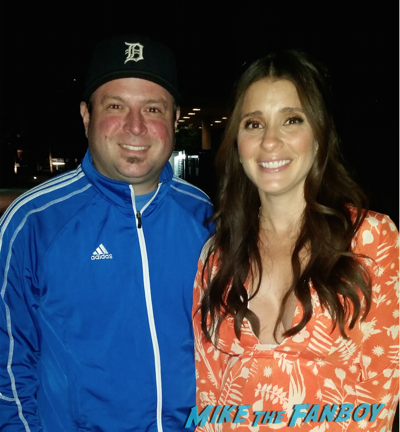 Chris then professes his love to her and she seems thrilled……. 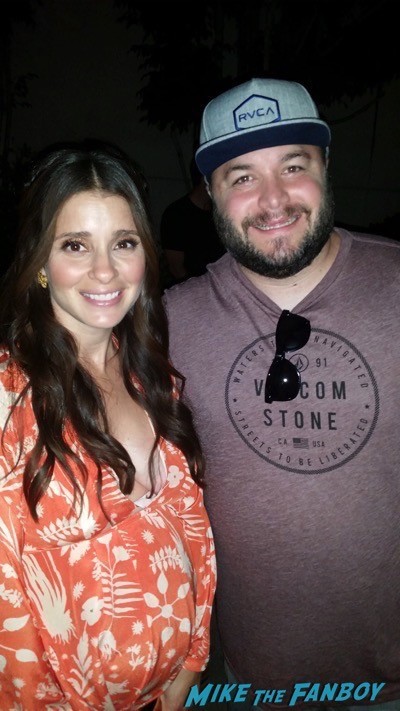 So I ended up getting everything signed at a pretty low key event. Can’t complain about that! Well, gotta go, it’s Happy Hour somewhere!