Home / The Road To Comic Con / SDCC Roundup! USA and Syfy Bring Mr. Robot! The Magicians! The Expanse! Colony! and More To The Con!

Man oh man… So many press releases so little time!

USA and Syfy have just sent out their schedule of shows attending the con.

The Thurs schedule is just about to go up and it looks like USA is bringing Mr. Robot and Colony to the con. New series Falling Water will make an appearance as well.

Syfy is bringing The Expanse, The Magicians, and Incorporated. 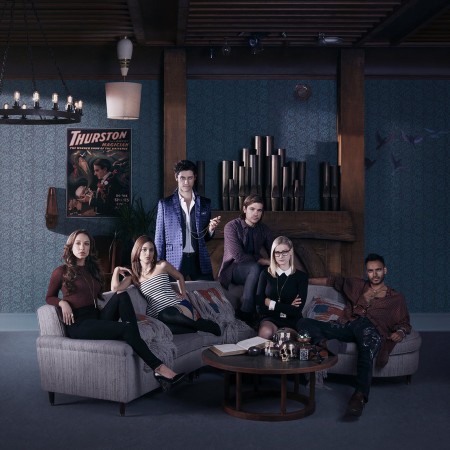 7:00pm – 8:00pm: INCORPORATED – Exclusive Screening: Be the first to see the pilot of Syfy’s newest thriller! Set in a near-future when corporations have unlimited power,INCORPORATEDfollows a young executive who conceals his true identity to infiltrate a ruthless mega-corporation and save the woman he loves.INCORPORATED is from Matt Damon, Ben Affleck & Jennifer Todd’s Pearl Street Films, CBS Television Studios and Universal Cable Productions. Room: Indigo Ballroom

1:45pm – 2:45pm:FALLING WATER – World Premiere Screening: Be the first to see USA Network’s highly anticipated new drama series, FALLING WATER, presented by creators Gale Anne Hurd (“The Walking Dead”) and Blake Masters(“Brotherhood”).Ever wondered what would happen if someone could control our dreams? This mind-bending new thriller, starring David Ajala, Will Yun Lee and Lizzie Brochere, explores this question through the lives of three unrelated people who slowly realize they are dreaming separate parts of a single common dream… a dream that just might hold the key to the fate of humanity. FALLING WATER hails from executive producers Gale Anne Hurd of Valhalla Entertainment, Blake Masters and the late Emmy Award-winner Henry Bromell (“Homeland”). The pilot was written and co-created by Masters and Bromell and is from Universal Cable Productions (UCP). Room: 6A

4:45pm – 5:45pm:COLONY – Panel with the Cast and Creators / Moderated by Retta: COLONY fans: whose side are you on — the Collaborators or the Resistance? Join executive producers Carlton Cuse and Ryan Condal, along with series stars; Josh Holloway, Sarah Wayne Callies, Adrian Pasdar, Peter Jacobson and Tory Kittles, for an exclusive inside look at the brand new season. When USA Network’s critically acclaimed series COLONY returns for season two, mysterious intruders are still in control of a near-future Los Angeles. Will, played by Josh Holloway(“Lost”), has been cooperating with the Collaborators, but now that he knows his wife Katie’s (Sarah Wayne Callies, “The Walking Dead”) secret, have they jeopardized any hope of getting their son Charlie back? COLONY is a co-production between Legendary Television and Universal Cable Productions. Room: 6BCF