Awww, this warmed my heart. As most of you know Valerie Harper revealed that she has terminal brain cancer.

Joining their former co-stars will be Mary Tyler Moore, Valerie Harper and Cloris Leachman. I believe that this is the first time that the quintet will share a sitcom stage like this since the show ended. That was 1977. Yep, it’s been that long!

According to Deadline Hollywood:

In the Hot In Cleveland episode, which tapes April 5, I hear Elka (White) and Mamie Sue (Engel) decide to get their bowling team, named GLOB: The Gorgeous Ladies of Bowling, back together. They reunite with former team members Diane (Moore), Peg (Leachman) and Angie (Harper). The quintet had a falling-out after their championship season went to their heads. 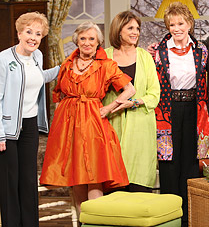 “Shows like Hot In Cleveland, which stars four women, would not be here today without The Mary Tyler Moore Show and its incredible female-led cast,” said Larry W. Jones, President, TV Land. “Mary, Valerie, Cloris, Georgia and of course our Betty were all pioneers for women in television.”

Keep an eye out the episode which I’m sure will be heavily promoted! 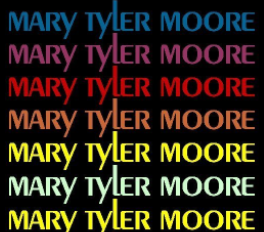