The television landscape is littered with shows that burn bright and then lose steam somewhere around the fifth season. It’s a common occurrence and even in today’s golden age of television, it tends to happen more often than not. It’s a rare treat then, when a series hits its stride and not only continues to be excellent but even exceeds its own high standards. 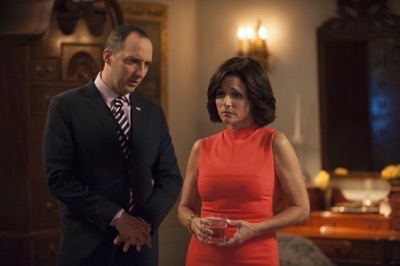 Veep: The Complete Fifth Season is out now on DVD and Blu-ray and I’m happy to report that it has reached new highs and kept the sharp, biting humor it’s known for. For those of you who have not seen the series starring Julie Louis-Dreyfuss as former vice president and then president Selina Meyer, you are missing out on one of the sharpest and most intelligent series on television.

This season picks up with last seasons cliffhanger leaving the election in the balance with Selina’s competitor having a slight advantage in the electoral college voting. She’s no longer the Veep, not really the President and could possibly have lost the election. Doh! It’s hard to think about this season without paralleling it to what happened in our country this past November and taking it in that context is a tough pill to swallow at times. 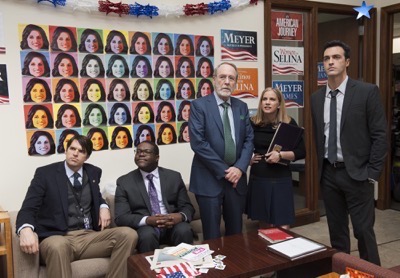 There’s plenty of material here to pick part, from Selina’s social media blunders to our own archaic electoral college system, it’s all ripe for this talented team of actors and writers to tackle. The cast itself is in top notch form, Tony Hale is once again stellar as Selina’s “bag man” Gary Walsh and Anna Chlumsky excels as Amy. Julia Louis-Dreyfuss however, is the real matriarch of the series and the episode where her mother passes away, in which she won an Emmy Award for best actress in a comedy series is one of the saddest and most hilarious half hours of television this season. 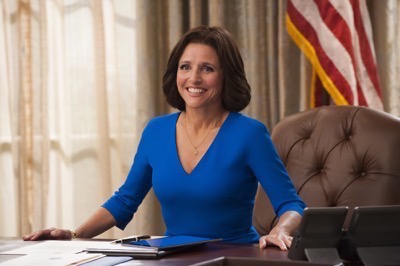 Some of the guest stars are also equally amazing Hugh Laurie, and Sarah Sutherland and Selina’s daughter Catherine, steal so many scenes they are in and Sarah’s subplot about coming out is one of the best subplots in the series run. Equally excellent is Martin Mull as a consultant who is mentally past his prime. They really lift the sharp and talented ensemble up.

Veep: The Complete Fifth Season arrives on Blu-ray thanks to a fine transfer by HBO Home Video. The colors are rich and deep with little fallout. This isn’t a series with high action that one would traditionally associate with having to be seen on Blu-ray but the format suits the show well. Even when Veep is shot in handheld format that high definition really allows the viewer to hone in on the action and that’s one thing that high definition does really well here. Fine details are present throughout and the quality is crystal clear. 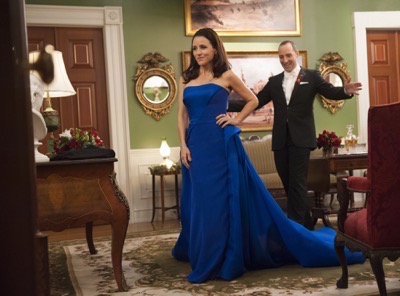 Special features present on this release are sparse which is sad but seems to be the norm for television on Blu-ray releases these days.

There are about 30 minutes of deleted scenes as well as audio commentaries on four episodes with the cast and crew.

Overall, I have to tell you, Veep is one series I can’t miss when it originally airs and it’s even better for binge watch viewing. You will not find a better ensemble of actors and writers on television period. Julia Louis-Dreyfuss deserves every accolade she gets, yes… she is that good in the role. I couldn’t recommend this series more!

Veep: The Complete Fifth Season is out now on DVD and Blu-ray