I have heard nothing but horror stories about Vera Farmiga, Pinky I know had a couple encounters that were less than stellar, so honestly I didn’t expect much at the recent Paley q and a of Bates Motel. As of late I’ve heard some things about Freddie Highmore where he wasn’t super pleasant either.

Suddenly Susan had awesome success at the Paley Center with both Freddie and Vera! Check out this weeks

Jekyll or Hyde after the jump!

I started writing my review of the Bates Motel Q&A and realized there was a Jekyll of Hyde staring me in the face – Vera Farmiga. I’ve heard and read things; not bad things, but straight up awful things. So, my expectations were low when I headed to the Paley Center’s screening and cast Q&A for A&E’s “Bates Motel”.
I’ll begin by saying, I wasn’t a fan of the show. I didn’t like the pilot and I quit watching halfway through the 2nd episode. However, there was a late night marathon on recently and I started up on episode 3. By episode 4, I was hooked. My advice to anyone who hasn’t seen it is, hang in there. Things build slowly, but they are worth the wait! Not to mention that both Vera Farmiga and Freddie Highmore give Emmy worthy performances.

You’ve already read Mike’s write up, and that’s pretty much how things went down. However, Mike did miss Vera arriving two hours before the screening where she was dropped off right in front. She told the few people who asked for an autograph that she couldn’t because she was running late. Hmmm, two hours early is late? Not a good sign. The rumors I had been hearing must be true… or were they?

After the Q&A ended, Vera was one of the first to start signing. She was pleasant and engaging and even took photos with anyone who asked. She moved down the line and got everyone waiting. 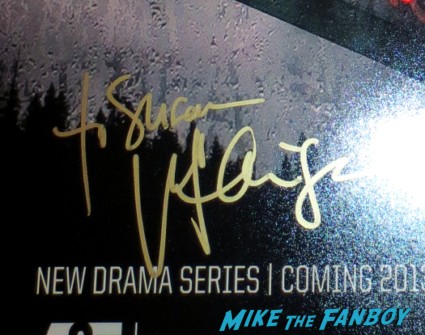 Wow – this was not what I had expected! I asked her to sign my poster ‘to Susan’ and she happily obliged. I didn’t bother asking for a photo, as I had to move down the line to get Max before he left.

I got lovely, personalized autographs from the entire cast, except Nicola Peltz. She signed my poster, but did not personalize it when I asked. Maybe she didn’t hear me ask, although she seemed a bit unhappy to be signing and ran off pretty quickly. Max and Nestor were nice enough to put a little something too, which is even better than just “to Susan”. 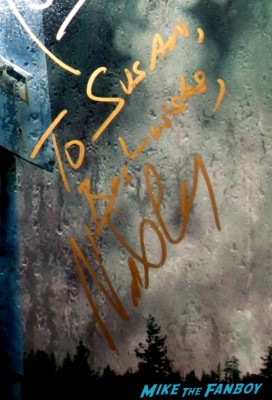 I got photos with Freddie, 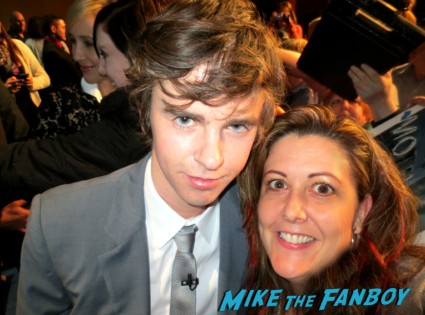 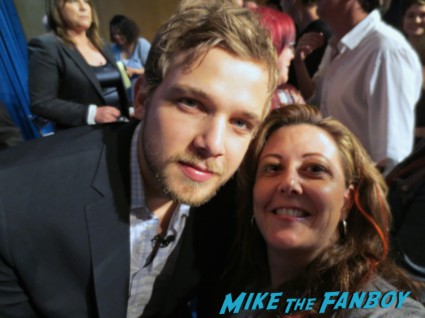 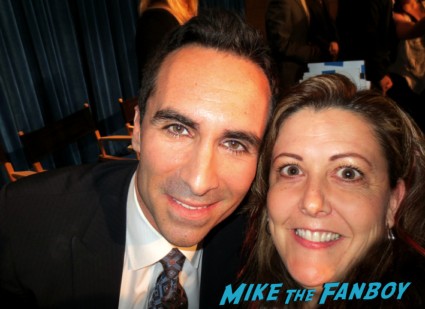 My photos turned out pretty lousy, but what can you do? I suck at the self-portrait.

Side note – when making next year’s best signers list, can we do a special non-A-listers section and include Nestor? He was unbelievably sweet, making sure everyone got their photo and signature and was the very last to leave. 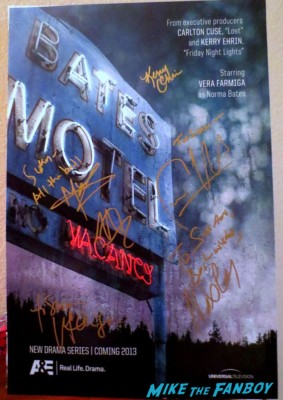 So, on this day, to my surprise, Miss Vera Farmiga was definitely Mr. Hyde!

For being so awesome Vera Farmiga is given the Happy Theo Award!