A long time ago we used to be friends…

I was just talking Veronica Mars with some friends of mine the other day and I thought… YES! Throwback Thurs! It’s perfect! This was such a fun day and everyone was so kind. Swooooooooooooon.

Check out the Throwback below!

As you all know I’m a huge Veronica Mars fan. I love the show, was super depressed when it was cancelled, sent in Mars Bars to fight the good fight and haven’t watched the CW since it was taken off the air.

Once I heard about the Kickstarter campaign my Veronica-o-meter went into high gear. I donated to the film (way more than I should have, lol… but come on it was history).

Once the film was funded, my awesome friends Liz, Greg and I formed a pact that we would head out when they started filming. We didn’t have that opportunity when the show was going on but since some of the film was going to be shot in Los Angeles we could now.

I was braving the traffic on the 10 freeway when I got a call from Greg! Veronica Mars was filming. I could practically hear him foaming at the mouth. They were heading down and I needed to come.

Decisions, decisions. As it happens I just got a Veronica Mars mini poster and it arrived TODAY in the mail. Was it fate? I think so!

I braved the trip downtown and found parking… OMG Veronica Mars was actually filming. Liz and Greg we already on the scene and the first thing they pointed out… The parking structure masquerading as the 09er Club. Okay, yeah I started to trip balls. 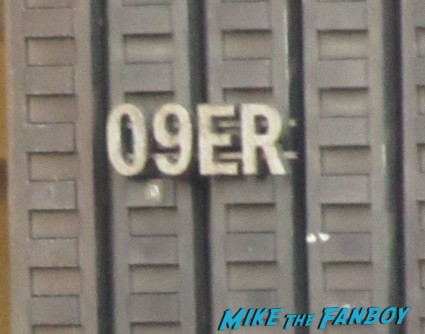 We watched the filming for a hot second and then say Veronica herself Kristen Bell! Dying now… Literally dying. How long we fans of the show have waited for this day. I can’t even tell you!

Also on set was Jason Dohring… Sigh… this is pretty awesome.

We waited for a little bit. Being on set we didn’t want to bother anyone while they were working.

Guys, if you ever go to a set make sure and be respectful. Seriously. They are working, I know it’s fun for us but for them… It’s work. 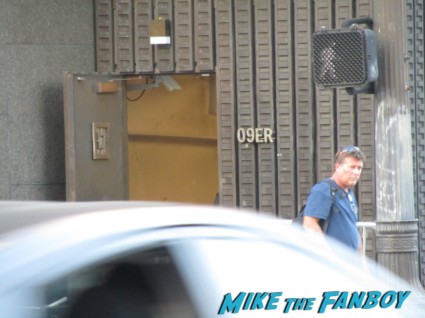 Then, we say Krysten Ritter pull in. Gia! I love her! Krysten must be shooting really late because this was already after 8 p.m. and she still hasn’t had wardrobe or makeup on.

Krysten was walking her dog and walked right past us and to the dog park around the corner. Yeah, it was pretty chill.

I was totally tripping and making Liz talk for me. Plus, I didn’t have my camera which made me feel naked. I mean a fanboy with no camera is like a dog with no bone.

Krysten Ritter walked back and we talked to her for a hot second. She was adorable as always and signed my mini poster.

Then we waited. They were doing an exterior club scene and it looked pretty rad.

Did I already mention the club. Sorry, I’m excited.

Then, we saw Kristen Bell walking back from set. She was about to walk around the corner when I quietly asked her for a photo. She was so nice. “She was like oh sure!” She signed my poster and asked my name. Liz, Greg and I told her how we were backers and she thanked us. Then I got a photo with her and let me tell you. It’s my new fav! 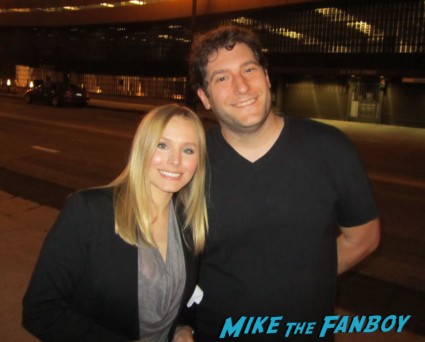 I need to pass not now. I need a minute.

Then we see none other that Veronica Mars creator Rob Thomas and Greg stepped in because at this point I lost the ability to verbalize anything. Rob was so nice and said that the poster I had was commissioned as a gift for the first season crew. Who knew. It was the best poster they ever did for the series. 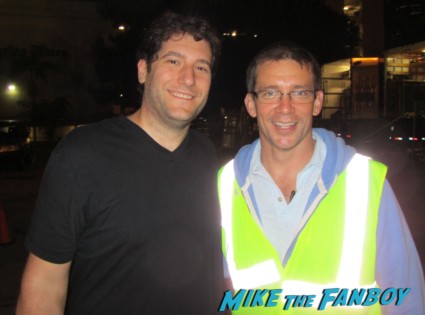 Then I got a photo with Rob and he thanked us again when he found out we were backers.

We then saw, Sam Huntington arrive. Liz really wanted a photo with him, but I don’t think he was shooting until much later.

Finally out came Jason Dohring. Let me tell you, Jason is one of the nicest guys EVER! He was so cool, he personalized the poster I had and did a photo even checking to make sure the photo came out okay. It was a little squinty but hey, I got a pic with Logan! Echolls! Logan Echolls! 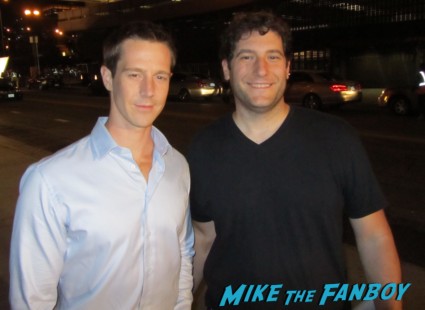 We hung out for a little bit more, watched some filming. Sorry, we didn’t see any spoilers. Not that I would share if we did mind you.

We waited for a while for Sam Huntington and Krysten Ritter but it was getting late and since I’m old now I have to get my beauty sleep for work.

Still, this was such an awesome night. Seriously, one we were on set for the first day of filming on the Veronica Mars movie and I got a photo with Veronica and Logan. Who would have ever thought that this would have happened? 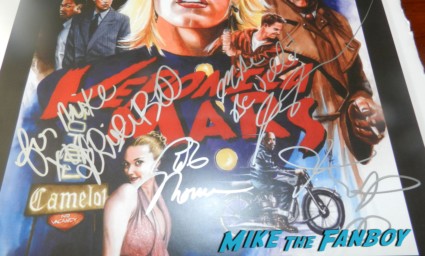 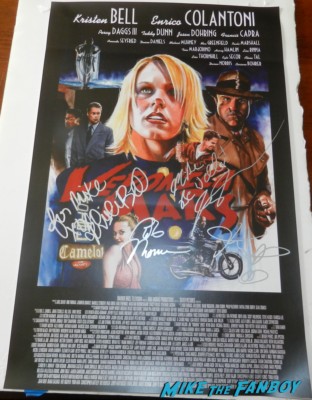