I think I should put in quotes and yell it out like Jake Kane in the final episode of the series.

Today was the Veronica Mars movie Los Angeles premiere. And while I normally would do my play by play and talk about what happened, I’m not going to today, because quite simply put, nothing happened. 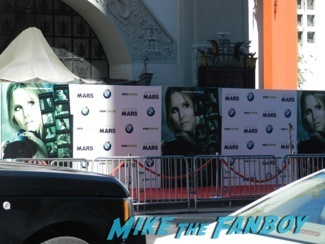 There were fans lined up, backer shirts on display, homemade VM shirts etc… and everyone was pretty excited, I know I was. I had my Veronica Mars posters, my Entertainment Weekly magazine, Billy was coming, Pinky was here, The Other Mike was excited… But it was clear with the first drop of Enrico Colantoni, we were in for disappointment. 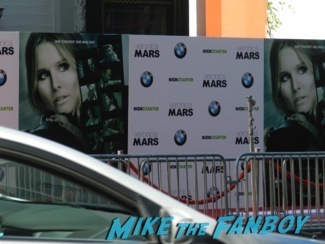 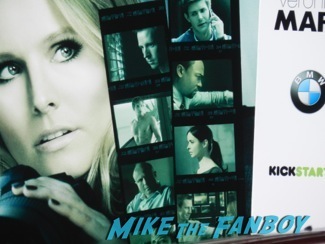 The set up for the Chinese Theater is always the same, fans stand across the street, and people can come over or… not.

Enrico Colantoni waved… Robb Thomas arrived and waved… And that was what we got. 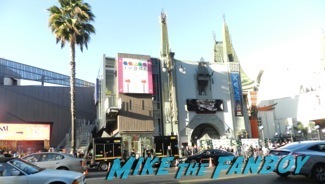 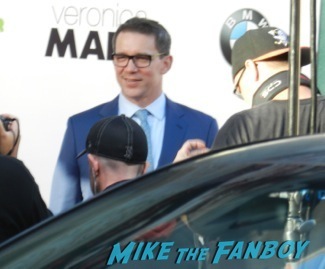 Now, normally, it’s just a disappointment but the problem is… This is a Kickstarter funded film, the fans funded it, so the event where the fans are given a chance to be a part of it in person, all we’re given is a wave? I mean come over, take some photos, sign some autographs. It’s not that hard. 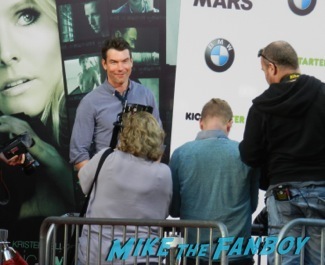 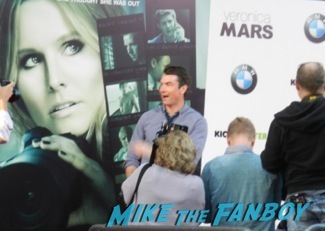 Security wouldn’t let people stand on the barricade on the other side of the street and then at the last minute let random tourists stand there… No fans, only tourists. Sigh… 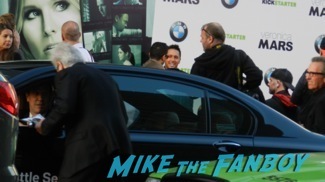 I’ve been lucky, really lucky. I know that the cast is super cool. I mean especially Tina and Jason, they are just the most adorable people in the world. 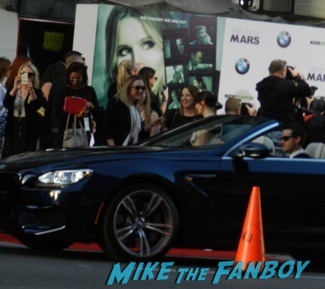 And even Jason Dohring, they had him pose for photos in front of the car. He got back in the car, he then climbed into the backseat of the car, but even after all the car hopping, he couldn’t cross the street? 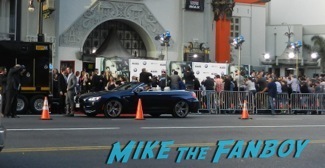 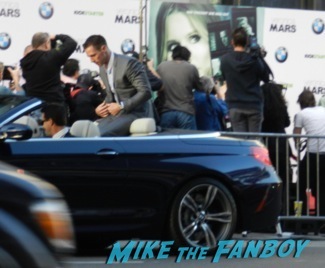 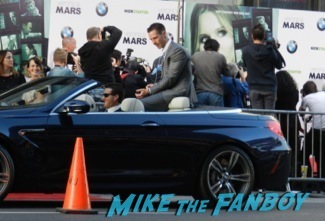 I’m honestly, kind of zen about the whole thing, but fans came in from as far as Australia. And nothing? It just seems like, if you’re going to be a part of a crowd funded film, you should really be over the top great when the fans show up in person to your premiere? 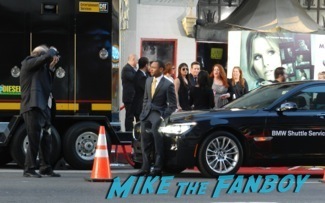 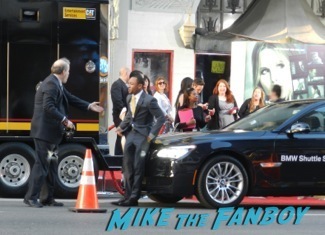 And yes, some people ran over for a few seconds and did photos for the tourists, but it was clear and it was obvious where the hard core fans were.

Chris Lowell crossed the street and refused to sign autographs. He did some photos and that was about it. I got rejected by Piz. The cherry on top of my day. 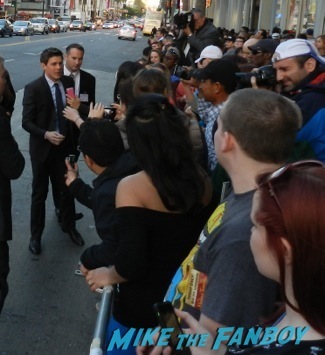 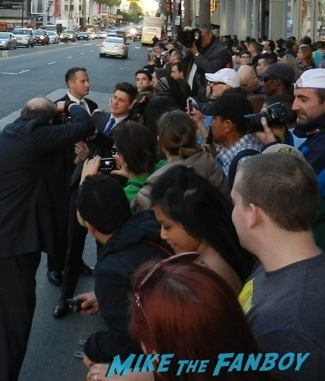 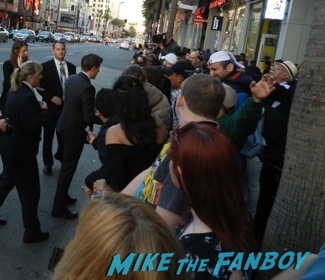 Ryan Hansen did run over, he skipped me until Billy said, “You have to sign his poster, he has the backer shirt on!” So Ryan was nice enough to come back and sign for me.

He was very cool.

So, I’m a little more than disappointed, mainly because I cut a check for the film. And honestly, maybe they were told not to sign, that’s a possibility, but all I know is.. There were a lot of disappointed fans on the barricade today. 🙁

The only cool thing was being able to meet some of the other Veronica Mars fans out there!