I went to a filming location in hopes to get Forgetting Sarah Marshall’s star, Kristen Bell… I had gone three different times in hopes of meeting her, but it never happened.

It was crazy… There were literally four people there, she would walk towards us to get something to eat, but she never walked the ten extra feet to sign a few things. The On-Set assistant tried his best to get her over, but, she supposedly worked “20 hour days” so she wasn’t feeling it. I wasn’t lucky as Mike was, but, then again, he flashes his “fanboy” credentials whenever he needs to. 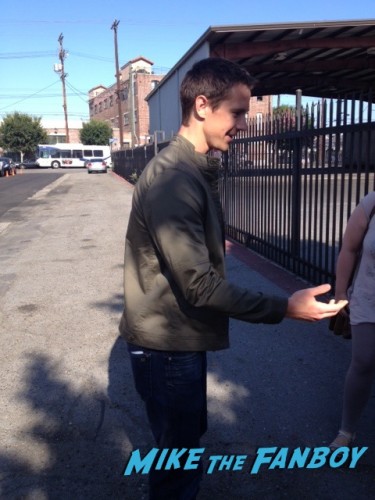 The only two Veronica Mars actors to come over were Percy Daggs and Jason Dohring. Both were exceptionally nice so it was cool to add them to my collection. 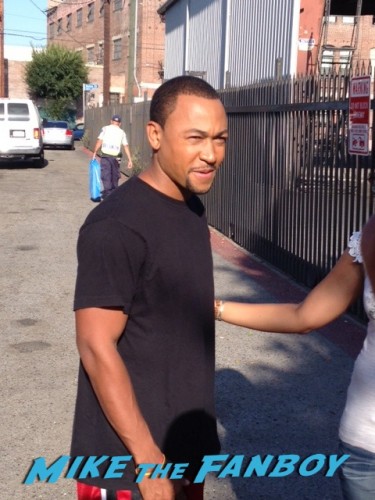 The highlight of the day was walking a block, down the street, to another filming location. John Stamos was filming a yogurt commercial… You know the one…

We waited maybe twenty minutes and I had him sign a pickgaurd… I requested him to write Jesse and the Rippers…. I kinda geeked out… I know…Have Mercy… 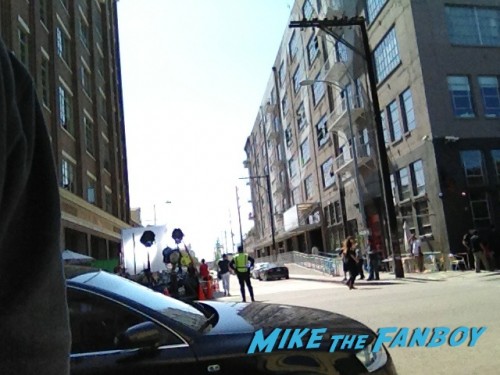 Now, this was extremely calculated… He was on Jimmy Fallon three days before doing a Jesse and the Rippers Reunion.

He said he never inscribes Jesse and the Rippers, but he would do it for my friend and I. 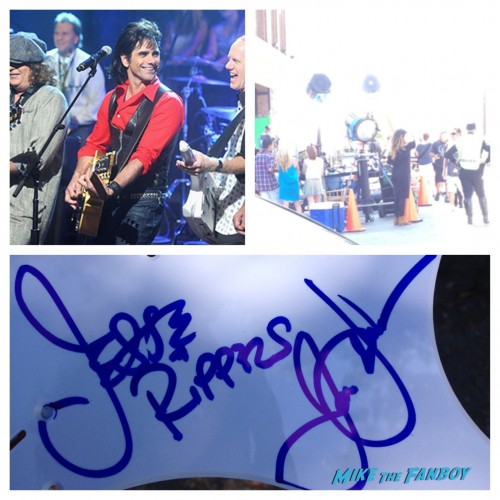 Regardless, I didn’t go home empty handed, so that was great.