The Lovely Erica and I headed to the party which was awesome. We’re going to be tag teaming this write up. 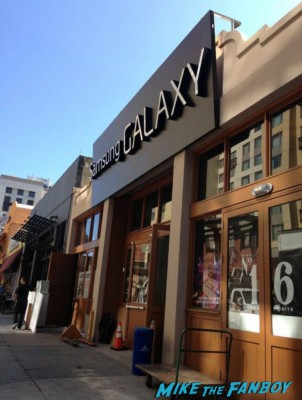 Sorry tangent! At the party the cast was around and star Kristen Bell made a cameo on the carpet as well. 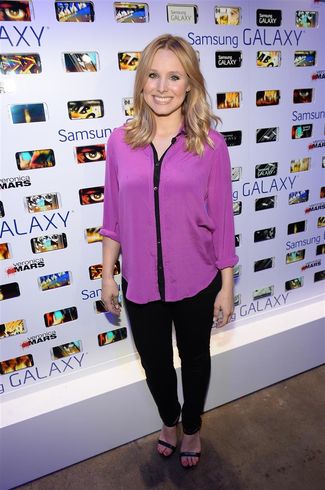 Also in attendance were Jason Dohring, 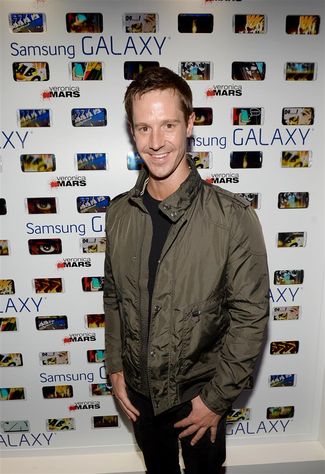 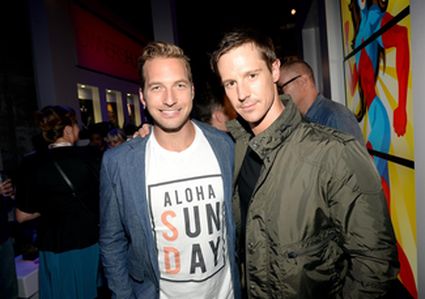 along with Rob Thomas. 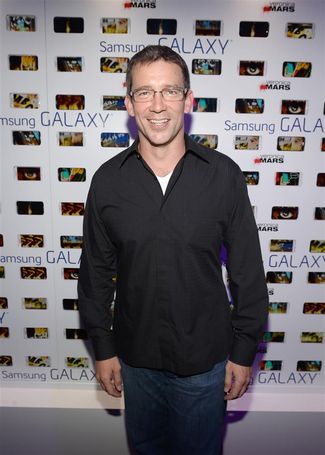 To be honest, I hadn’t eaten anything all day so I made good use of the appetizer trays whizzing by. And after a quick drink… I was feeling pretty good.

Erica – At one point, I see Jason Dohring standing in VIP but looking at our part of the room. (You know, riff raff.) He’s looking in my general direction so I smile and give a little wave.  I’m surprised when he waves back, but a couple is just entering VIP so I don’t know if he’s waving to me or to them so I freeze.

The couple enters into VIP and Jason is still smiling in my direction and beckons me over.  OK, that wave was for me!

As I walk over, he puts up his hand and I high five him since I think that’s what he wants.  The VIP guard is over my shoulder, but he sees Jason’s called me over so he doesn’t stop me.  Jason smiles and asks how I’m doing. Or rather shouts in my ear since the music is trying to drown out a fog horn or something.   Jason and I exchange a few bits of small talk, but this is fruitless so I just ask for a picture and he answers “of course” with an indulgent smile. 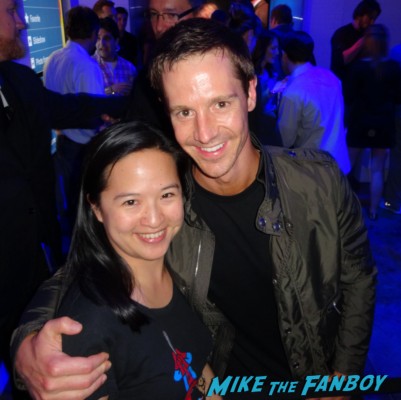 By now Mike is getting a camera ready and Jason bends in half and we snuggle in for a picture.  I thank him and he continues to beam with his happy smile.  So adorable!

Mike – I was also able to grab a quick photo with Jason. I have to tell you, he’s so nice and humble. Such a classy guy. I’m so happy that he found success! 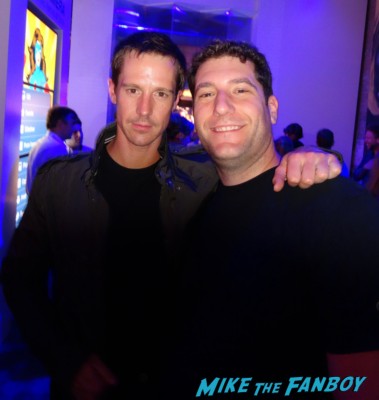 Erica – Percy Daggs is also wandering around so I get a picture with him.  Actually his lovely and kind girlfriend spots me and taps Percy’s shoulder since calling out is useless.  Percy introduces himself to me and we chat about how young he looks in the series (“it’s like looking at baby pictures!”). This is his first comic con since he never came to the panels and signings for the two seasons when Veronica Mars was on air.  His girlfriend is nice enough to take our picture.  Such a nice guy! 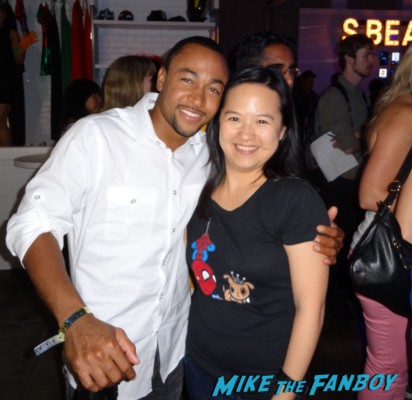 After hanging out for a while, I managed to grab a few granola bars. They are part of a charity Kristen Bell supports called This Bar Saves Lives and are helping to save lives around the world. 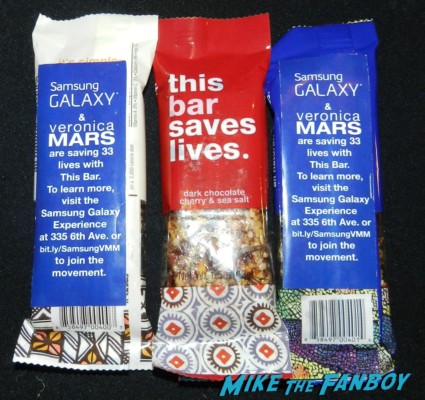 Let me tell you, at SDCC everyday is long so after a bit we headed out… As we were leaving we spotted Enrico Colantoni leaving at the same time, and I happened to have my two Veronica Mars posters I’ve been working on with me. Say Wha? I KNOW! 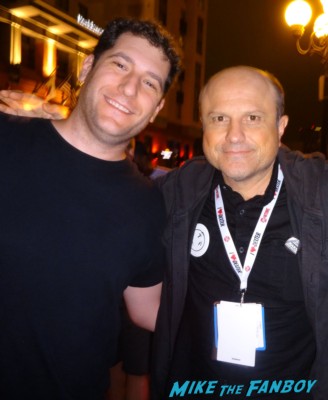 Not only was Enrico Colantoni happy so sign and chat with fans but he was so taken aback by the fan love. He was just so kind.

Erica – When I got my picture with Enrico, I mentioned I’m a backer and he shook my hand and effusively thanked me….such a nice guy! 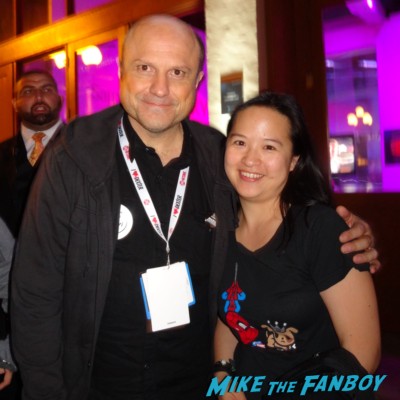 I’m telling you, it was so much fun and a great way to cap the evening.

I’ll have more from SDCC and the Veronica Mars autograph signing this week! 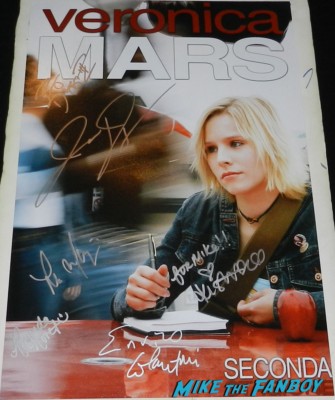 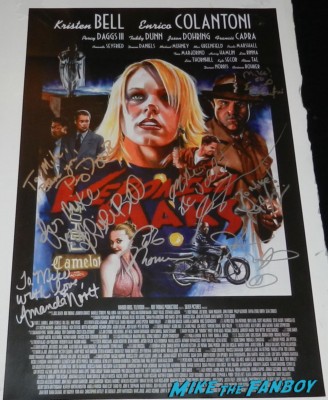