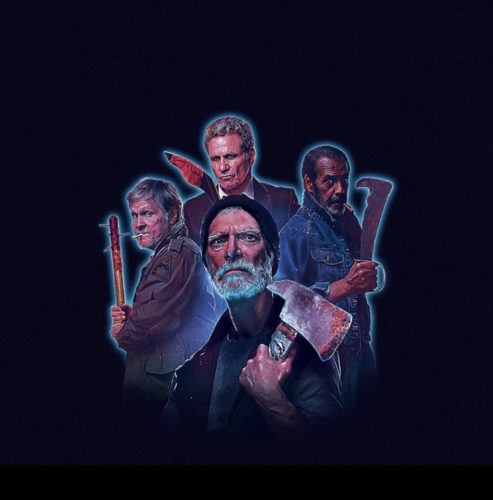 Vietnam vet Fred Parras (Stephen Lang) runs the local Veterans of Foreign Wars (VFW) bar and hangs out with his friends. Typically, his former unit and fellows veterans Walter Reed (William Sadler), Lou Clayton (Martin Kove), Doug McCarthy  (David Patrick Kelly), Thomas Zabriski (George Wendt) and Korean War vet Abe Hawkins (Fred Williamson) like to recount war stories, but tonight they’re doing something special. They’re preparing to take Fred to a strip club for a special birthday celebration when a teenage runaway Lizard (Sierra McCormick) runs into the bar with a bag of stolen drugs. Distraught his merchandise was stolen before a big deal, Boz (Travis Hammer) sends a group of drug-addicted punk mutants to chase after Lizard and will do anything to get the drugs back. However, once a soldier, always a soldier takes on new meaning as the vets fight for their lives and defend their favorite watering hole.

Hot damn does “VFW” pack a punch with a fun film in the vein of “Assault on Precinct 13” and “Escape From New York.” Director Joe Begos’s blood-splattering “Expendables”-like grindhouse ensemble is perfect for those wanting a great, gory movie. The movie magically captures the spirit of the 1980s with a terrific throwback atmosphere and stylized synth score by Steve Moore. Honestly, it’s a captivating homage to both classic Carpenter sound and stories. Max Brallier and Matthew McArdle’s stylized survival screenplay showcases a group of macho senior citizens, which beautifully blends the visuals and tones of “Hobo With A Shotgun” meets “Rio Bravo” thanks to an amazing cast packing a killer punch. 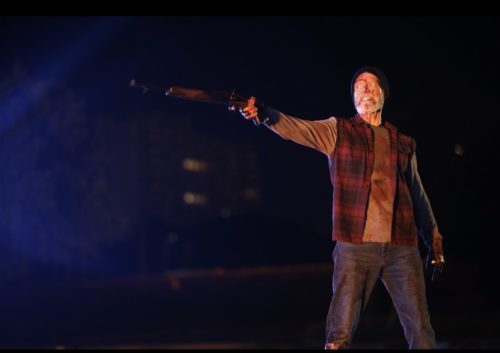 Headlined by Stephen Lang, the veteran character actors assembled annihilate the screen with one memorable action sequence after the other with the entire cast getting their fair share of memorable moments. Sadler shines with Williamson bringing badassery into a new decade. Once again, Kelly, Wendt and Kove create characters also worth remembering. Overall, “VFW” warrants watching over and over again. Its quintessential late-night viewing and would’ve been a perfect B-movie during the era of exploitation cinema. “VFW” gets your blood pumping and jolts you with 90 minutes of exciting entertainment.

The aging heroes gimmick of veterans fighting for their lives might seem played out, but “VFW” doesn’t disappoint. The intimate, independent film feels larger than life thanks to cunning cinematography, amazing acting, dark imagery and an energetic editing style highlighted by fantastic, natural special effects. This Fangoria film devilishly delivers killer deaths both horror and actions fans can jointly rejoice ecstatically about. The bloody bashing with an abnormal assortment of drugged out henchmen and junkies does the fix with the creative kills occurring throughout. Complaints will be made about the lighting and minimalistic storytelling, but the blood and guts generate enough excitement it should be the last things on your mind. If you want a John Carpenter feel with gruesome special effects in the vein of classic 70s/80s cinema, “VFW” should be something added to your rental tab ASAP. “VFW” is an absolute must watch and an awesome killer surprise!