When it comes to limited run series, many think of award winning, star studded shows like Big Little Lies, The Night Of, or even an anthology series like American Horror Story. The truth of the matter is, limited run series are still a fairly new thing on this side of the pond, but were common in England and other parts of the world. In England, Queer as Folk was just two short seasons, here it lasted forever. 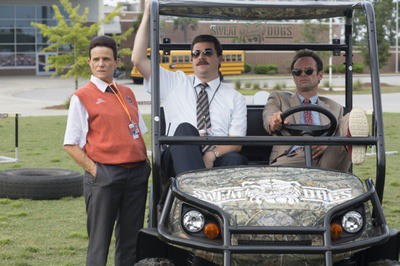 It’s nice then when you see a series start and end exactly where they want to, on a specific story with a set beginning, middle and end. Vice Principals, out now on DVD in a complete series set, is one of the those shows. Set for a two year run on HBO, Vice Principals is the rare comedy limited run series but the format works perfectly and is worth watching, even in this golden age of television.

The two seasons of the series or 18 episodes starred Danny McBride and Walton Goggins, who was amazing on Justified. Together, this seems like an unlikely comic duo, but they work so well together it’s hard to imagine them NOT riffing off one another. 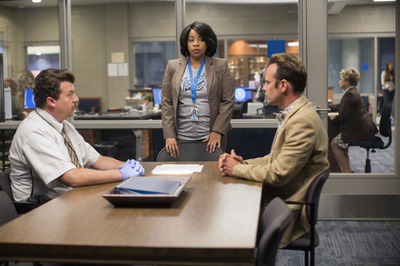 Neal Gamby (Danny McBride) is the Vice Principal of North Jackson High School. He wants to be principal someday but he’s not well liked, has a horrible temper and is generally just a nasty guy to be around. Each episode has a self contained story and the comedy is razor sharp and focused.

I have to say, I wasn’t sure about this series at first. Danny McBride is an acquired taste and while I liked him in Pineapple Express his broader comedy left me cold. I did think he did a great job in Alien: Covenant, which was of course more dramatic, but here… He really found his niche. This series is tailer made for his comedy and pairing him with Walton Goggins was an inspired choice. 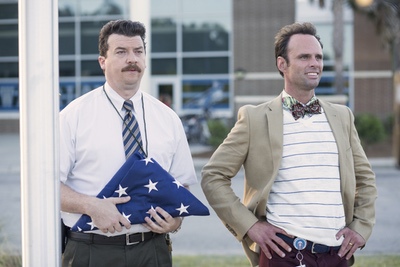 I don’t want to spoil so many of the plot points in the series, because so much of the comedy does come from shock value. There will be many times when you’ll be watching the series and say to yourself…”There’s no way, they’ll… Oh… They did!” I think that’s brilliant on so many levels. That’s the essence of comedy, not playing is safe and that’s nothing that this series will ever be accused of.

The key to the series is watching the actors evolve their roles over time. You can see Neal Gamby take each thing that happens and have it become a part of him, like everyone in the “real” world does. Danny McBride really nails this and I think that this is his best work. He’s so spot on, you actually feel bad for this character. Walton Goggins as well, who I have always thought was such an unheralded actor, here does so much with his role. Again, I don’t want to spoil things, but he takes something that an actor with less skill would not be able to do. 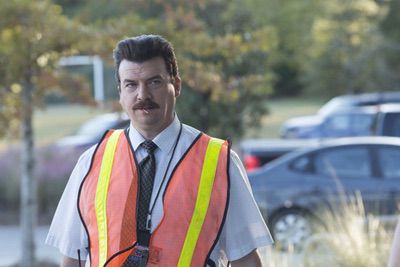 Vice Principals: The Complete Series is out now on DVD. For this release HBO has put the entire series out in one set, even though there was a previous Blu-ray release for season one. Season two, at least from what I can tell is not available on Blu-ray only this complete series set. The picture quality is good, there is some fallout from it being a DVD and not high definition and some grain that comes into the pictures, but it’s not bad at all. I wish they would have spread the episodes out to more than one disc each. The compression does have an effect on picture quality. 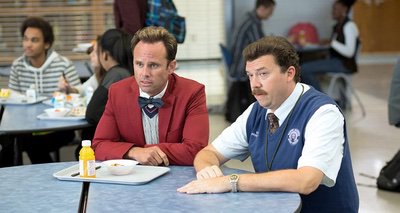 There are about 30 minutes of deleted scenes spread across each disc.

Audio commentary for each episode (season one) with various cast members and producers, writers, etc…

There is also a blooper reel as well. 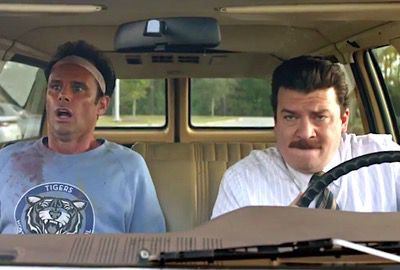 Overall, the series is hilarious and something you really need to see. It’s hilarious, full of shock value and also doesn’t lack on heart. While I wish the series was available on Blu-ray, I’m happy that the series has made its way to home video. Hopefully, it will find a larger audience and be appreciated for the series it deserves to be.

Vice Principals: The Compete Series is out now on DVD!