It’s no secret that Vikings has fast become one of my favorite shows. If you told me before I saw the pilot that I would have fallen in love with the Viking world, I would have looked at you in disbelief. However, the show is so well done and the casting so perfect it’s hard not to get sucked into their world.

While at San Diego Comic Con I had a chance to sit down with the two leading ladies of the series Katheryn Winnick (Lagertha) and Jessalyn Gilsig (Siggy). I think after the shocking season one finale the question I got most when I asked fans of the show what they would ask the cast was.. “What is going on with Ragnar and Lagertha’s marriage?!?”

“At the end of season one, Lagertha has gone through a lot! She just lost a baby and she also miscarried.” Winnick continues, “She’s dealt with half of her village dying and there’s so much stress in having Ragnar cheat on her and how does she find out… All these questions are up in the air!”

They are up in the air for us, as viewers as well! Personally, I can’t wait to see Lagertha kick Ragnar’s butt. He deserves it, sorry… had to be said. I love me some Ragnar but that ticked me off. 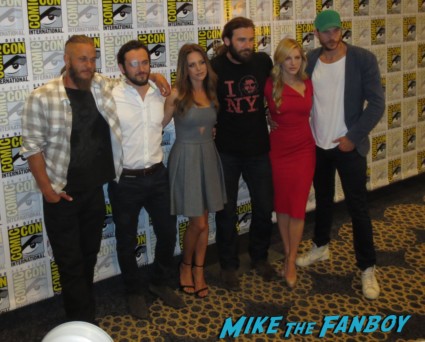 It was great to see these two actresses who clearly have bonded while being on the show interact in real life. It’s interesting, because their characters are in such different places on the series.

“When I see her (pointing to Katheryn) so deeply invested, it makes me aware how dead I am (Referring to her character Siggy) in contrast. That contrast makes for an interesting friendship and unexpected, but I think very special.” says Jessalyn. 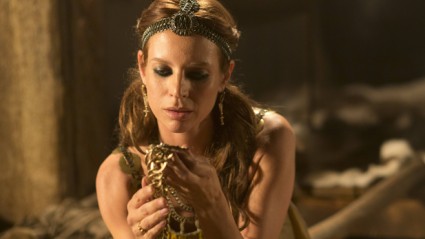 The Vikings world heavily male dominated and full of the typical testosterone you might expect from a show with warriors taking over new lands, lol… It’s even more exceptional then that these two actresses were able to rise above that testosterone and make such an impact with their characters.

“I didn’t speak for eight episodes!” Gilsig exclaimed. “I was so lucky to have Gabriel (Byrne) because from the very first day, we walked out in that great hall and sat down and the first thing he did was to look at me. I knew at that point, it was game on, that if I was written in a scene, there is a reason.” 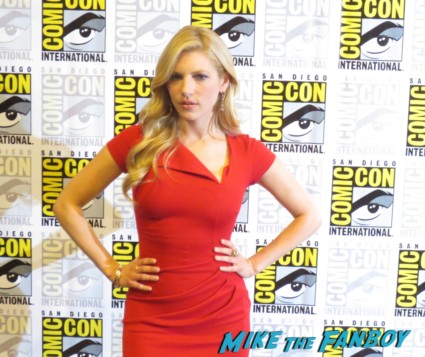 Jessalyn then added the best line of the afternoon, “What is shocking to me, is that’s taking this long for people to realize… That if a woman is in the room… She has an opinion!” Added Katheryn, “What woman doesn’t!”

“As Humans we go through struggles and what’s great about Michael you see that, you see that in the writing and the subtle ways they handle a situation.” 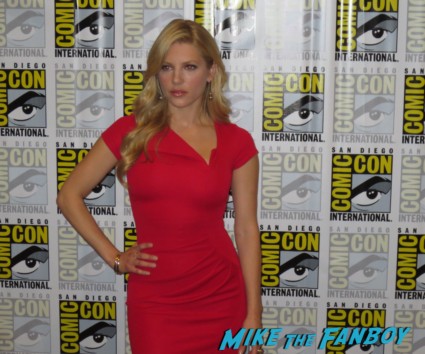 This is the first comic con for Vikings and the first time the cast has gotten to really see the fan love.

“For me just seeing the fans and how involved they are, and how much they love the characters!” Katheryn said, “We have so much fun on set and we’re all really good friends, and you kind of forget when you’re in Ireland that you’re shooting something, because no one’s seen it there and everyone just let’s us be. It’s nice to see it here! Look at the response!” 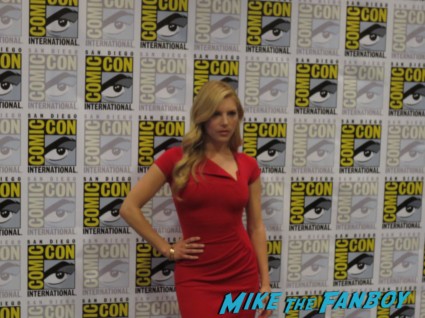 “It was amazing, I had no idea, you hear about it, but seeing it was something else entirely. It was great to interact with the fans.”

We’re going to have more from the cast including creator Michael Hirst, Travis Fimmel, Clive Standen and more this week!