Vikings is taking SDCC by storm!

The fine folks at History Channel have revealed the exclusive comic book that will be given out based on the hit series.

In this exclusive comic book for SDCC, the character Floki entertains the Vikings with a humorous tale of Thor, Loki and other gods.

Make sure and check out all the info below in regards to the Viking happenings at SDCC this year!

VIKINGS returns to SDCC fresh from the season three set. Travis Fimmel (Ragnar), Katheryn Winnick (Lagertha), Clive Standen (Rollo) and Alexander Ludwig (Bjorn) along with Michael Hirst (writer/creator) and Julian Hobbs (VP Scripted & Non-Fiction Development & Programming, HISTORY) will reveal an exclusive sneak peek of the new season. Don’t miss out – come join them and find out what the gods have in store for season three! 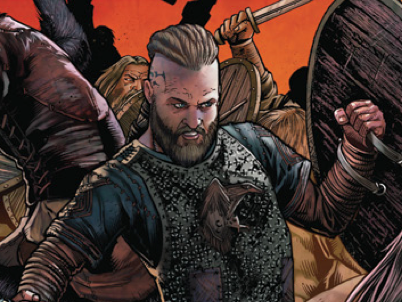 Fans will get a behind-the-scenes look at VIKINGS and have a starring role in their own custom video that can be shared on social media. From the moment fans enter the “back-lot” they will be treated as cast members. Upon entering, guests will create a character profile and choose a weapon of choice. Next, they will meet with hair and make-up artists to become transformed into a fierce Viking and be placed into three scenes complete with Vikings ships, battles, axes and villages. When fans have completed the experience they will have a :30 video to share via Twitter, Facebook or Vine.

Custom, limited edition VIKINGS comic book will be given to select fans who visit the “On the Set” activation on 450 2ndAvenue. In this exclusive comic book for SDCC, the character Floki entertains the Vikings with a humorous tale of Thor, Loki and other gods. 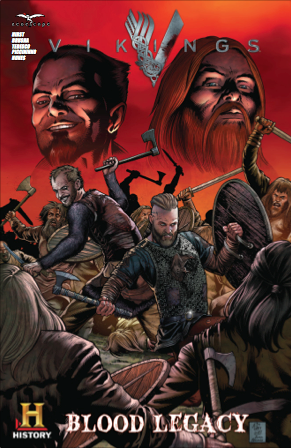