I LOVE LOVE LOVE this show SO MUCH!!!! I’m SO EXCITED it finally returned tonight after what felt like an eternal wait. We left off last season with an ailing Ragnar confronting Floki about Athelstan’s murder and of course we can’t forget about Rollo, who yet again betrayed his fellow Vikings to accept the French Princess’ hand in marriage. Déjà Vu anyone?

Ragnar is definitely a sight for sore eyes. So you can imagine my happiness when the season opened with a healthy looking Ragnar riding up a mountain. He seems to be in search of what looks like the doors to Valhalla. Uh-Oh! This can’t be good. I guess a fully recovered Ragnar was too good to be true. His health has clearly declined to the point where he is in between life and death itself. For a man who wanted nothing but to go to heaven to reunite with Athelstan, he looked surprisingly happy to see the golden gates to Odin’s great hall. Unfortunately, the gates started to close in on him as he approached the steps. Ragnar’s life flashes in front of him as he gets denied entry in to Valhalla. Clearly Odin is not too thrilled about him embracing Christianity.

Meanwhile Aslaug visits the Seer to inquire about her fate after Ragnar; if she would rule Kattegat after his passing. The Seer amuses her by revealing that a woman will rule over the land, but he doesn’t tell her exactly who. My bet is on Lagertha, but who knows; I could be wrong. We might see new players this season. 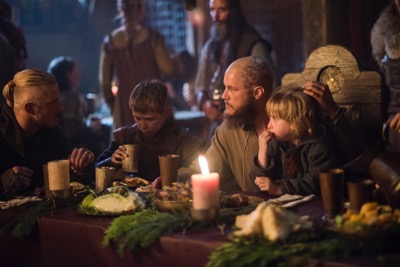 Ragnar is at a vegetative state with the hope of his recovery slipping away with each passing minute. After his confrontation in the boat, some of you might be surprised to see Floki still alive and well. Floki is still undeniably loyal to Ragnar and visits him at his chambers to do everything possible to make Ragnar better. Unlike Aslaug, Floki is determined to bring back Ragnar instead of plotting his next move. Now that is true love. You can’t deny that.

Back at Kattegat, we get to see Aslaug’s little boys all grown up. Ubbe looks like young Bjorn. Speaking of Bjorn, he joins in on the fun. He is excited to see all his brothers again after his latest quest. Bjorn has taken over the forces to continue the raids in his father’s absence. He is greeted by Queen Aslaug who informs him about Porunn’s departure from the village and introduces him to his daughter. Disappointed to see Bjorn ignore his own daughter. Sure he is hurt about Porunn abandoning him, but no need to take it out on the kid. 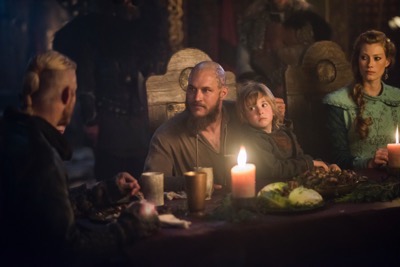 Even though Bjorn seems like a lousy father, he is exceptionally well at leading his troops. After a successful raid in Paris, he reminds everyone who is still King. Bjorn must have said his name enough times that Ragnar starts to wake up from his coma. He goes on to praise Athelstan for all that they’ve achieved; the new riches and spoils. Maybe it’s all that adrenalin, but in the middle of the celebratory speech, Bjorn ends up arresting Floki for the murder of Athelstan.

Lagertha and Kalf returns to Hedeby with their share of spoils from the French raid. Kalf drops the ball on Einar and Erlendur when he claims equal partnership with Lagertha to rule as Earls together. Lagertha just took equality to whole new level. Einar expresses his concerns about Kalf sharing his Earldom with Lagertha instead of eliminating her. He threatens Kalf’s Earldom if he continues to support Lagertha. 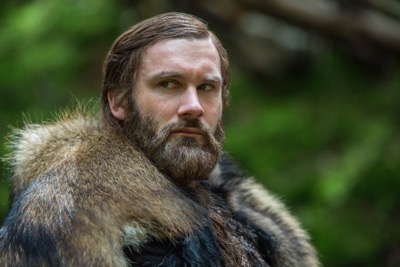 Aslaug goes shopping and comes home with a new slave girl. We all know what happened to the last slave girl she took under her protection. It’ll be interesting to see where she’ll end up as we move forward this season.
Meanwhile Ragnar wakes up. YAY!!!! He struggles to get off the bed, and of course his first request is ale. Who could blame him after dealing with all that pain and nightmares, we all seek peace at the bottom of a drinking horn. His peace is quickly destroyed when Ubbe runs out to tell Aslaug. I guess even the coma wasn’t a long enough of a break from her nagging. 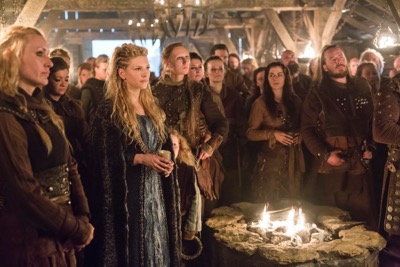 Foki is chained in the middle of the village. The news about Ragnar spreads and Floki regrets carving to runes for Ragnar’s health since his recovery could only seal Floki’s death sentence. Even though Helga was disgusted by Floki’s actions, she firmly stands by her husband. He begs her to aid his escape.

Ragnar’s “Welcome Back” feast is on full swing. Kattegat has struck good fortune at all ends and has a lot to celebrate. While catching up on all that he missed, Ragnar wasn’t too pleased to hear about Floki’s arrest. Apparently that wasn’t the only decision; Ragnar is disappointed in Bjorn for leaving Rollo behind in Paris. 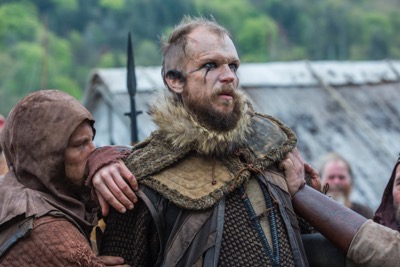 Speaking of Paris, we finally move across the water to witness the lovely marriage between Rollo and Princess Gisla. Following what looked like the most painful ceremony was the excruciatingly awkward consummation. After the weeping princess gets forcibly carried into the chambers, Rollo snaps and chases everyone out frustrated by the whole charade. Princess Gisla continues to pray in between her tantrums. Not having any desire to force himself on her, Rollo simply goes to sleep. Sure enough, Princess Gisla gets mad at him for that as well. Women, you just can’t win.

It’s exciting to see Lagertha back on screen, but she is awfully quiet. That’s highly unlike her. Back at Hedeby, Earl Kalf comes up with an awesome plan to eradicate everyone who wants to see Lagertha dead. He carries out a vote to collect all the unfavorable to one spot for easy elimination by his archers. Well played Kalf. Happy Valentines Lagertha. Now you can have his baby. To makes things even sweeter, Lagertha finally speaks out and chops off Einar’s man-berries before he draws his last breath. Ouch! Wow, and this is only the first episode. Did I mention how much I LOVE this show?

Sinric, Rollo’s only friend inside the castle walls leaves after getting extremely bored. Who can blame him? He is a wanderer after all. Shortly after, Rollo gets a visit from one of his warriors. The Viking camp is growing restless and most of the warriors feel betrayed by Rollo’s decision. In response, Rollo visits the camp to put everyone at ease; however, what seemed like a peaceful visit ended being a bloody blood bath. As the new French Duke, Rollo just eliminated the most immediate threat to the French Kingdom. He killed every single man, woman, and child in the Viking camp. Safe to say, Rollo sided with the French; a traitor yet again. 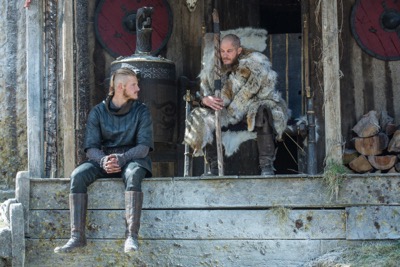 Ragnar seems to be feeling much better. He struggles to move forward with Floki’s arrest. Even with all of these problems weighing him down, Ragnar’s wondering eye doesn’t skip a beat. He keeps noticing the new slave girl Aslaug bought recently and is very intrigued by her exotic look. Maybe he found his new mystery project.

Even with all his success in raiding, Bjorn still believes he has to prove himself to Ragnar since his every move is criticized mercilessly by his father. He decides to take a retreat into the woods to test his survival skills. Ragnar believes it to be yet another mistake, but Bjorn takes his exit with the will to prove him wrong. 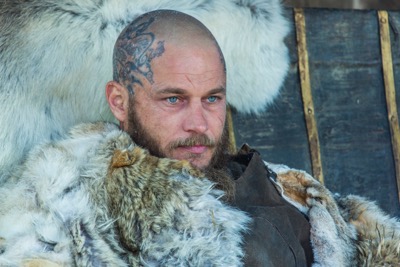 WOW! They did not waste a second. Vikings hit the ground running. It’s barely the first episode and so much happened already. I’m so excited to see what’s in store for us fans this season. The Lothbrok boys are growing up, so I’m sure we’ll get to see more of them this time around. Will this be Floki’s last episode? Find out next week.