Vikings is back with a 2 hour premiere tonight! Here are some of my wacky thoughts while watching. SPOILERS AHEAD!!!!

Also, if you wanna make this a fun drinking game I’ll give you a few ideas on when to raise your horns and shout “Skol” with your fellow raiders.

Ragnar’s Sons – The Young and Restless
So we’re down one kid since Ivar killed his brother and needless to say the remaining sibs are a little leery of him now, but he says he’s sorry. Uh huh. Sure. Bjorn is all ‘well avenged pop, got some land, I’m outta here’ and sails off to the Mediterranean again. This leaves Ivar, Hvitserk and Ubbe in England. Ubbe wants to start developing the land they got from King Ecbert, but Ivar talks them into going north and taking York. Fortified, near the ocean – sounds like a good deal. So they head up, raid the city, kill everyone during Ascension Day Mass (oh the irony) and that’s that. Of course, Ubbe and Hvitserk are wary of Ivar now and his posting bodyguards around himself and not consulting them on things doesn’t help matters. Stay to the end of the episode, Ivar’s got a little surprise for everyone! I say raise a horn everytime they throw shady, mistrustful or brooding looks at each other. You’ll be drunk in 30 minutes. Skol! 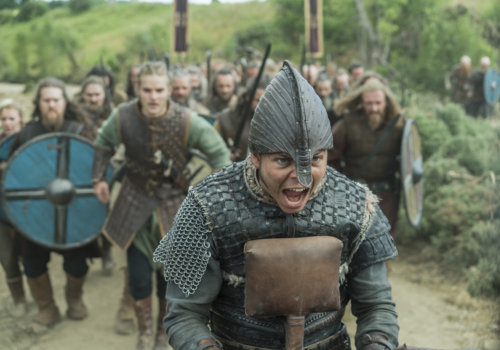 Floki – The Old Man and the Sea
Floki is all bored with life – again – so he builds himself a one man ship, says goodbye to Ubbe, Hvitserk and a none too happy Ivar and sets sail to wherever the gods take him. Hooray! Bye Floki been nice knowing you. Oh, but the joy (said with all sarcasm) we get to see his voyage. No wind for his sails, running out of food and water, railing at the gods, vicious storm, washing up on a strange shore. Could he be in Asgard? Personally I hope so, let the gods have him and good riddance. I say raise a horn and just drink when he’s on screen because it’s Floki and pretty much the only way to get through his insanity. Skol! 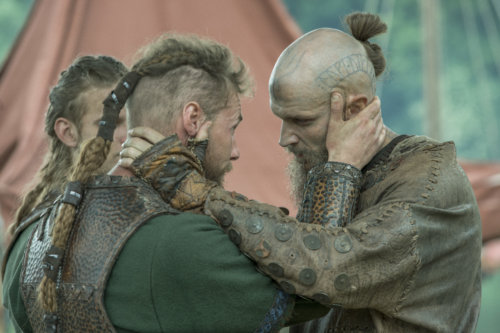 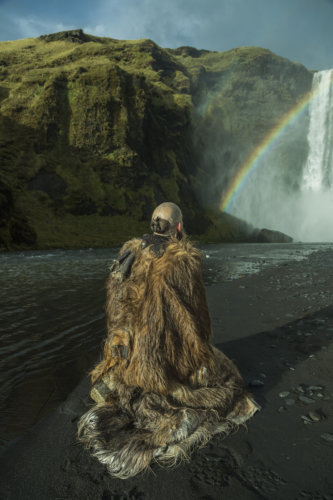 Bishop Heahmund – The Thornbird
Ok, we’ve all missed the pet monk (R.I.P. Athelstan we’ll never forget you) but I think we might have a decent substitute. Hello Bishop Heahmund. This isn’t some old, fat, creeper dude, this is a handsome, brooding, pheromone tossing bishop who makes Mass so sexy he has to punish himself by walking through a bunch of thorns. He’s going to stop these marauding pagans in their tracks and I’m inclined to think he’s got the conviction. So far he’s sane enough, but you know it won’t last. I mean it’s Jonathan Rhys Meyers, we’re all just waiting for it. I say raise a horn every time you have inappropriate thoughts – like when he’s prostrated on the ground praying, or giving Mass, or just sitting and staring at people. I’m not attracted to JRM per se but you gotta admit that man oozes sex. Skol! 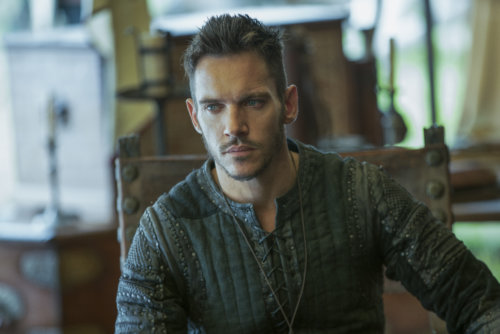 Kattegat – Fifty Shades of Lagertha
All hail Queen Lagertha and her entourage of ladies. Who runs this world? Girls. King Harald, after parting with Ragnar’s sons, heads back to Kattegat to let Lagertha know that Bjorn has succeeded in his mission of avenging his father and secured them all land. So good of him. Except no one trusts him as far as they can throw him and after admitting to Lagertha he was kind of hoping she’d have her throne stolen from her by his men, he’s not too popular. So she threatens to kill him, but instead we get a great scene of Lagertha going into the Viking Hut of Pain where Harald is chained up and beaten. He confesses that he wanted to be King of all Norway to impress a lady, but she went and got hitched to another dude, so he killed her. End of that love story. However, he offers an alliance of marriage with Lagertha who isn’t that impressed with the prospect, but that doesn’t mean she won’t – ahem – sample the wares. Just gonna say – man, chained up and at her mercy, use your imagination ladies. Lagertha leaves feeling all smug and superior, but her lady friends think she should kill Harald and there’s a Kattegut cat fight. Astrid storms out, only to get herself kidnapped, tied up and gagged. Harald, the escaped prisoner, puts her on his ship and they take off for his home. He makes Astrid the offer of marriage so she can become his Queen of Norway. And the Stockholm Syndrome portion of the story begins. I mean chains, ropes, gags…all that’s missing are some floggers and handcuffs, but we do get to watch some battle training so there are swords beating against shields and take those metaphors where you’d like. Raise a horn because now you’re going to start making those comparisons for the rest of the season. You’re welcome. Skol! 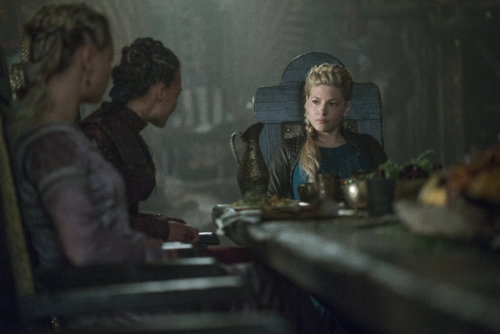 The Royal Family – The King is Dead, Long Live the King
Ecbert, good ole Ecbert. Makes his son king and gives him all the titles and lands therewith right before the heir runs off and then Ecbert signs over – as we now learn – nothing to Bjorn. Tricksy hobbit. Well, the royals aren’t having a great time of it. Hiding out in some swamp land. Prince Alfred is dying. It’s some rough going right now. Queen Judith is understandably unhappy. Then one day Alfred – with his flowing dark mane of hair and white nightgown – wades into the water all Christlike and has a vision. After nearly drowning, his dad pulls him from the water and he tells daddy that they need to go to York. Well, if the dying and delirious kid says so, then by golly they’re packing up and going. And suddenly they have really nice clothes again (despite being in a constantly damp place) and ride on up to where Bishop Heahmund is stationed and looks like there’s going to be a ‘let’s kill the pagans’ party. It’s good to be the king. Raise a horn because the scenes where they’re in the swamp just look damp and cold and you’ll need some warming up. Skol! 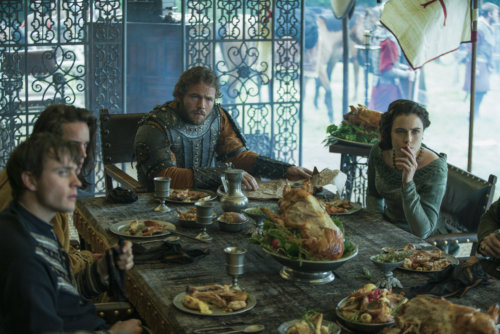 All in all it was a pretty good start to Season 5. I think they really needed the 2 hours to get us all acquainted with this post Ragnar world now that he’s been avenged and his sons are going out to find their glory. It will be less and less about him and the transition has already started, so it’ll be interesting to see where they all go from here. Still some of the old guard hanging on – Floki and Lagertha – so while we’re not completely unfettered from the past, you can definitely see where the ties are starting to fray. Ivar, Hvitserk and Ubbe are an interesting trio and I’m looking forward to seeing how this does (or does not) pan out. The themes of Christendom vs. Paganism are still very much alive and strong, and whereas before there seemed to be a bit of an uneasy truce that is definitely changing into all out hostilities. I still love this show for giving us truly badass women. No one has ever pulled this off like Vikings and while they’re not really raiding in this episode, it doesn’t mean there aren’t moments where the ladies are proving who’s in charge.

It’ll be interesting to see where this season takes us.

What did you guys think? Ready for this next chapter or have you bowed out now that the characters we loved for 4 seasons are all fading into legend?