This past weekend my mom was visiting as you all know and Sunday she mentioned that she would like to do something she can’t do back home. Gee no pressure mom! LOL… So, I had a random thought. I said, we should check out the Japanese Gardens in Van Nuys!

And then I thought, what a great time to do some Fanboying! The Japanese Gardens were used in numerous film and television productions over the years. For me the most notable time was in Alias… but I’m a huge fan of the series.

The first thing I thought when we arrived was, “I have to text Lindsay from www.iamnotastalker.com because she will know exactly what was shot here!” So, I did… And low and behold Lindsay was there with her husband who she casually refers to as “The Grim Cheaper!” lol… We couldn’t have planned this if we wanted to!

Lindsay and I were talking and the first thing of note at the Japanese Gardens was the Administration Building. In truth the Japanese Gardens hide an unsightly or to be more accurate smelly aspect of the city. It is the water reclamation plant… Yep raw sewage… Good times! lol… 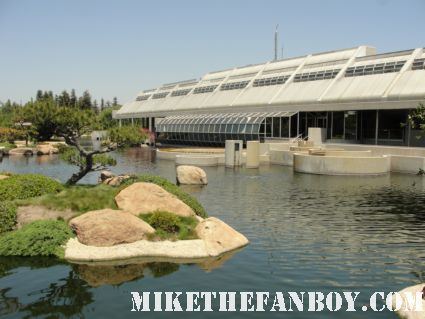 The Administration Building was used primarily as Starfleet Academy in Star Trek The Next Generation, and Star Trek Deep Space Nine. 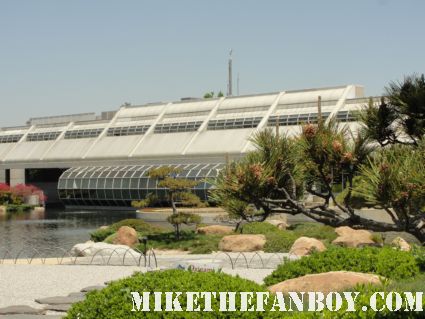 It looks like it could be from the future just standing in front of it.

I made my Mom get a few photos in front of the building for fun. Mama has to do some Fanboying while she’s in town right! 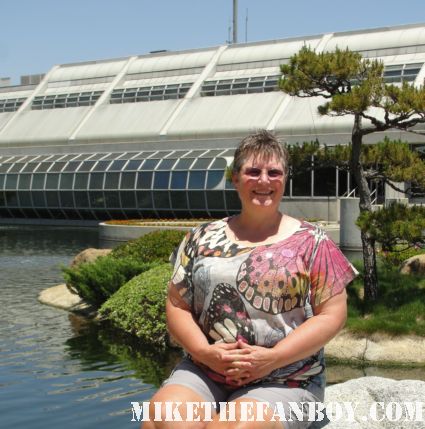 In Star Trek they green screened the golden gate bridge and a larger structure behind the Administration Building to make it seem more Sci-Fi.

Personally, I think it looks pretty damn futuristic on it’s own. 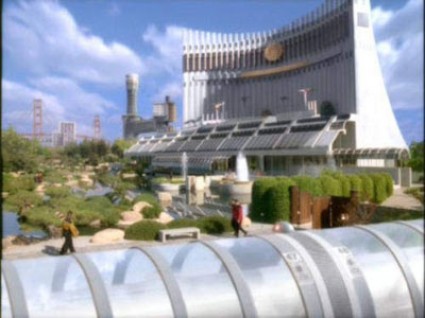 The Garden was used as a substitute for Japan in the season 2 episode of Alias titled The Counteragent. 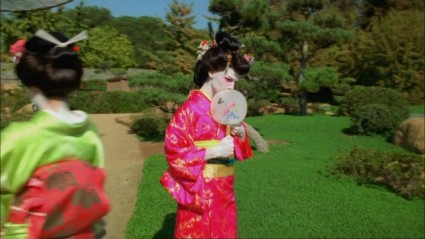 In the episode Sidney Bristow dresses like a Geisha to drug Sloane to get the counteragent to help Vaughn… Got that? LOL… I love Alias! 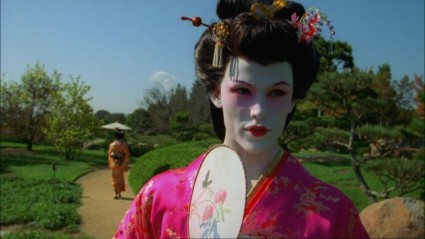 The gardens were used extensively in the episode. 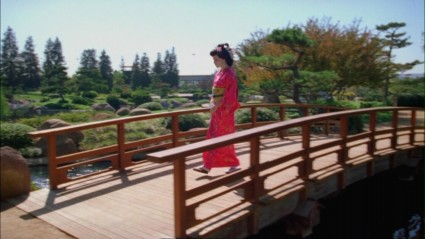 Jennifer Garner crosses the wooden bridge and the small hut was used as the place where Sidney drugged Sloane. 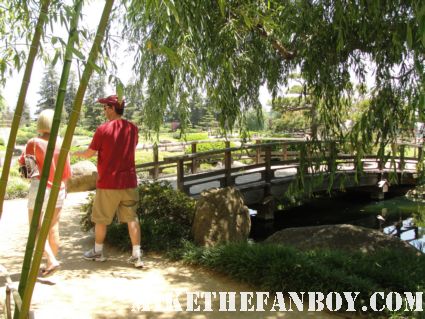 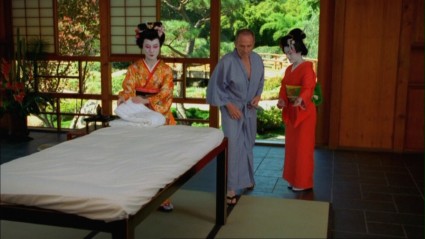 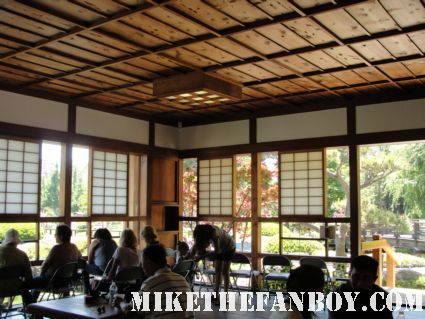 This was the place where the Gardens held a special tea. 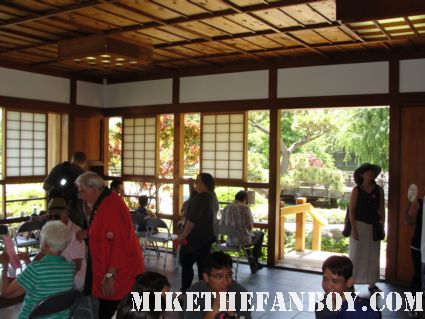 So our entire group was able to hang out and get a group photo inside. 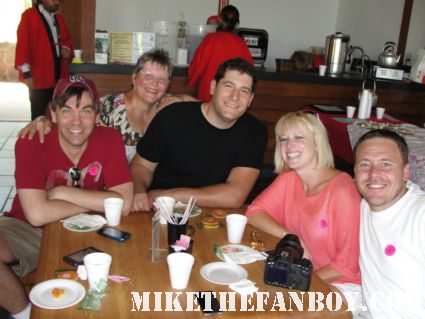 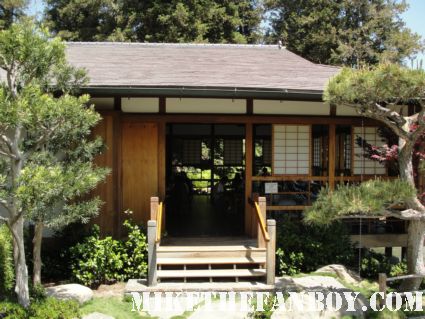 The day was hot but so fun! The back of the hut was where the ambulance was parked in Alias. 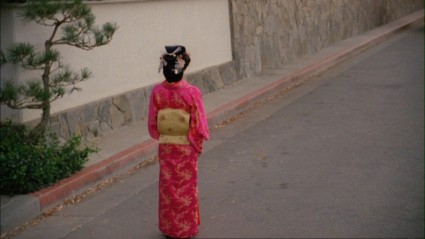 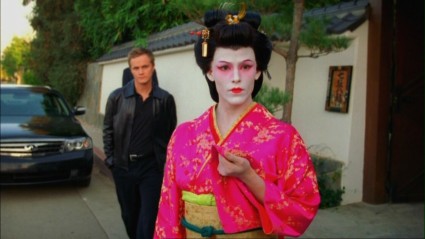 Everyone thought I was crazy for taking photos of the street… The empty street but I recognized it right away. lol… I’m a tad crazy. 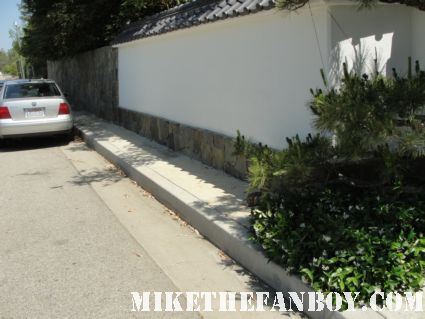 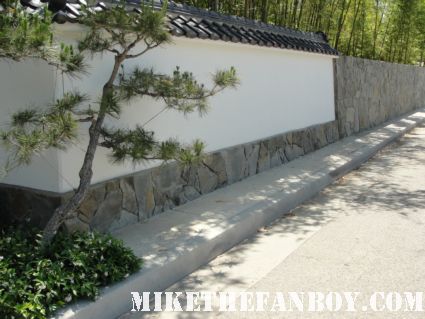 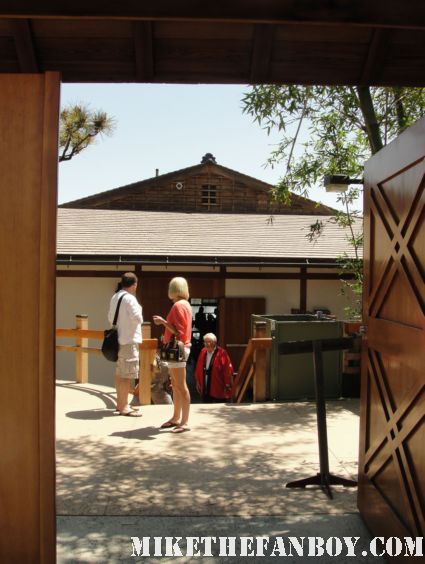 The Gardens are stunning. Just for fun, I highly recommend going and spending a Sunday afternoon. 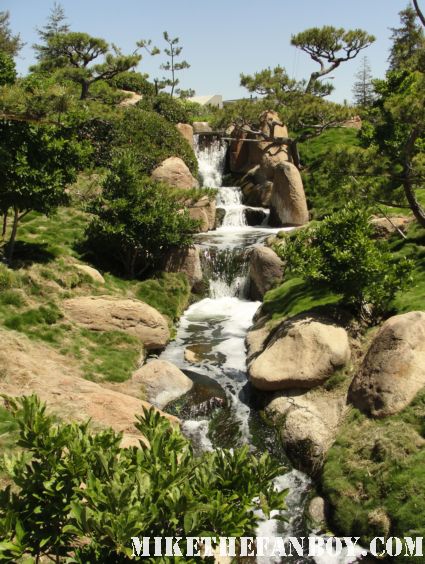 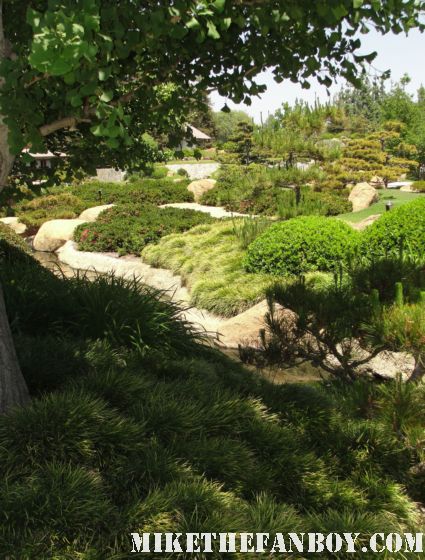 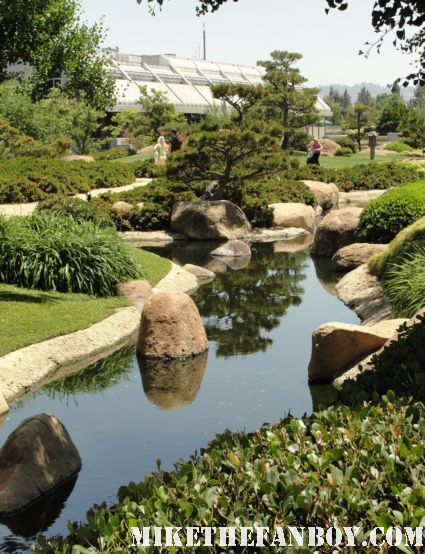 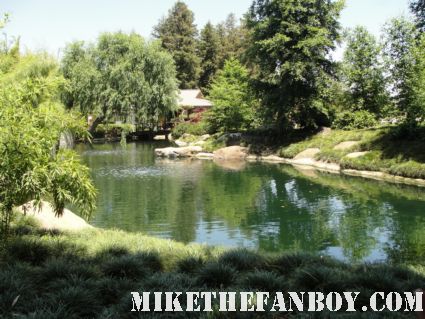 The gardens were used in Rising Sun, Memoirs of a Geisha, Bio-Dome and most memorably for me at least Bill and Ted University from Bill and Ted’s Bogus Journey! I could only find a couple screen caps but it was only used for a second in the movie. 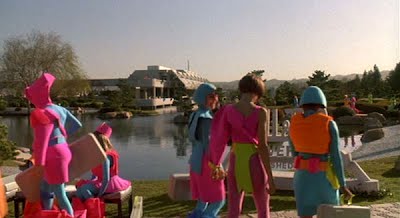 I was at Bill and Ted University! lol…

Guys I highly recommend taking a trip to the Japanese Gardens admission is only $3.00 a person. It’s a wonderful little oasis tucked away from all the chaos of Los Angeles!

The Donald Tillman Japanese Gardens are located at 6100 Woodley Ave, In Van Nuys, CA! Or visit their website at http://www.thejapanesegarden.com