Home / NEWS / The Vulture Festival Is Back! 2021 Edition Features Panels With The Great! Yellowjackets and a Romy and Michele live Commentary!

I’ve had a blast, as has so many other MTF writers covering Vulture festival and I’m so glad the festival is back for 2021!

Check out the press release for more info on this years events, but a love commentary for Romy and Michele! Ummmm, yes!

Check out the press release below for tickets and more! 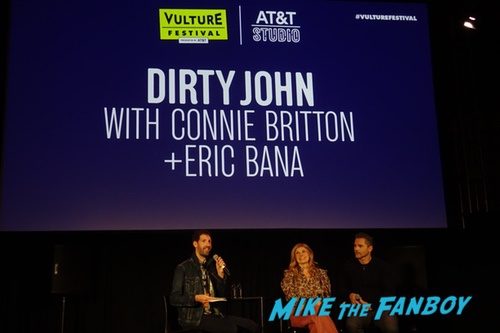 Taking place in Los Angeles from November 13-14, the pop-culture extravaganza will feature an incredible array of actors in conversation, screenings, cast reunions, and unique surprises.

Vulture today announced the lineup for its annual pop-culture extravaganza, Vulture Festival, which is returning for an eighth year in a row with a weekend of high-profile events where everything you love about Vulture comes to life right before your very eyes. Taking place from November 13-14 at The Hollywood Roosevelt in Los Angeles, the festival will bring fans an incredible array of actors in conversation, screenings, sing alongs, and unique surprises that only Vulture can provide.

The lineup for the showcase, curated by Vulture’s editors, includes these events:

On sale today, tickets to Vulture Festival events range from $25 to $40. Tickets include access to the Vulture Lounge poolside at The Hollywood Roosevelt and two complimentary drink tickets. Follow @VultureFestival and @Vulture for updates.

The festival is sponsored by Clear, Pluto TV, SHOWTIME and Taylor Creative.