On Nov. 17th and 18th Vulture Festival was held at the Hollywood Roosevelt Hotel in Hollywood. This is the second consecutive year the festival has been put on by the website Vulture on the West Coast as it has been previously been held in New York City for the last five years as well. It is two days of panels and 4screenings for the pop-culture fanatics who want to see their favorite actors and creators of film and
television LIVE and in-person. If you can actually find a free moment in between jumping from room to room for your next event the Vulture lounge is set up pool-side in the heart of the famous hotel where you can get a drink from one of the many bars available and relax next to the water with friends.

I first started off with the Netflix’s animated show Big Mouth with actor/creator Nick Kroll who was scheduled to do a table read—by himself. Accompanied by producer/co-creator Andrew Goldberg to read stage directions Nick took on many of his characters that he voices over the course of several scenes from the show where he would go back and forth essentially talking to himself. Since he doesn’t do ALL of the characters on the show, Kroll stated that they purposely selected scenes that he had all of the speaking parts in because he didn’t want to disrespect any of his fellow actors from the show and impersonate their parts. 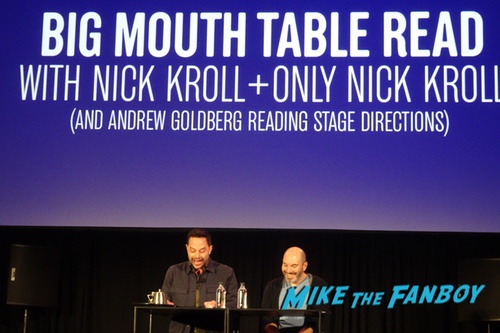 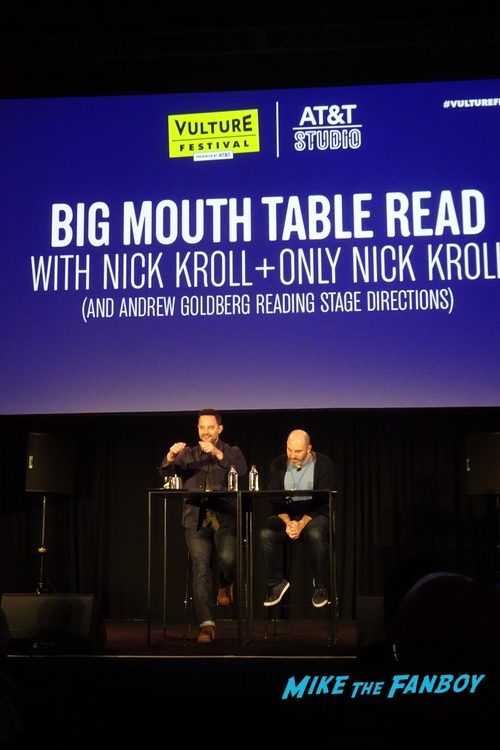 What followed was the look of a man possessed of several personalities as Kroll not only took on both sexes of male and female parts but fluctuated with different tongues and tones as he went through all of Big Mouth’s ensemble of characters. To watch Kroll’s face twitch and move with each changing voice was just a display that not only was he trying to hit the right sound but also act with convincing emotion for the dialogue being said. 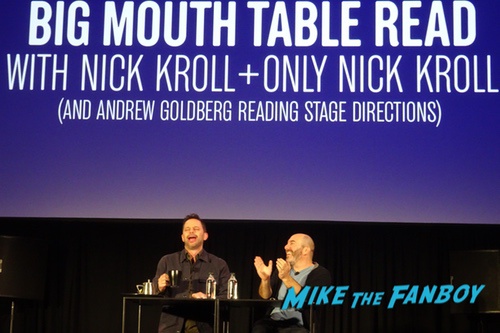 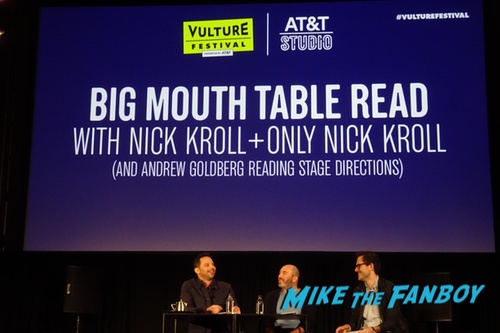 The crowd timely applauded when he would begin the voice of their personal favorites and the smiles on both Kroll and Goldberg’s faces showed that they were enjoying the reactions. After several cups of warm tea for his throat and well over a dozen voices acted out they finished the read to the audiences’ huge applause.

Afterwards Kroll and Goldberg did a Q &A segment which included taking questions from the audience. Their answers included how him and Andrew have been friends since they were kids, the origins of some of the characters, and Nick giving the majority of the credit to Andrew for the show being put together while he is off “taking a nap like a diva.” 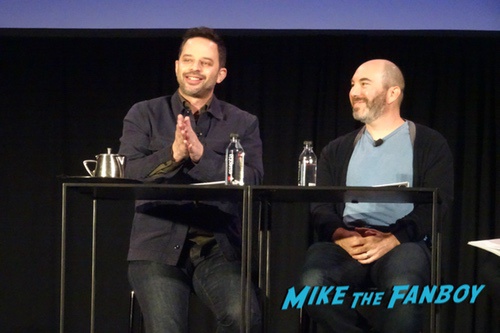 Lastly, before the panel was over Kroll let the audience know that the show will be returning for a Season 3 which was met with an expected jubilation from the Sold Out room.