I hate hearing about people getting dissed! Doh!

Justin was in New York and went to a conversation with Larry David which cost over $75 dollars a ticket. Doh. After the event David didn’t ignore the fans, he made fun of them!

I was so shocked when I read this, I had to get it up ASAP!

Check out Justin’s full recap below!

 Larry David, creator of Seinfeld and Curb Your Enthusiasm made a rare appearance in New York City on November 10, 2013 to participate in a conversation as part of New York City’s Comedy week.

The tickets to the event started at $75 each and quickly sold out. The event itself lasted about 75 minutes which was very disappointing given the price. After the show people waited by the stage door for Mr. David to emerge. Right after the show there were around 50 people there but given that it was a Sunday night as time ticked by more and more people started to walk away. 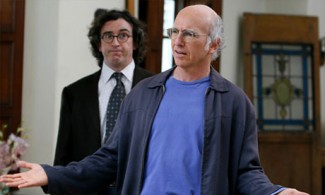 There is no back door at the theater in question so the artist must walk out the stage door, the theater itself or the far door all on the same street with in view of each other. I have waited there many times and every time the performer has used the stage door even if he or she did not sign.

For example, Marcus Mumford last month after he appeared at a concert there to promote the latest Cohen Brothers film walked out the stage door, acknowledged the crowd quickly with a “thank you for coming” and got in his SUV without posing for pictures or signing. More than an hour after the show ended, Mr. David led by about six security guards bee lined out the far door and into an SUV that pulled up from the stage door a second before he emerged. 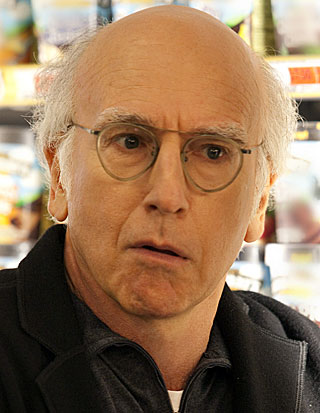 The SUV pulled from the curb into traffic backed up at a red light. Fans ran up to the car and Larry just looked at us and started making faces at us while the lady with him took pictures of us with her phone. They thought they were being hilarious before the car sped away when the light changed. 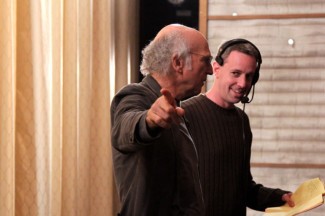 When he came out the crowd was down to no more than 15 people and rather than give them 5 minutes after they paid so much money to watch him, Larry chose to instead snub them and make it worse by making fun of them while he waited for the light to change.