It’s a walker invasion! And a stalker one too!

Chicago hosted its first Walker Stalker con last weekend! Walker Stalker started last year in Atlanta and this year, they are hosting two cities – Atlanta (where Walking Dead is filmed) and Chicago. For this inaugural Chicago edition, 23 walkers and their stalkers were also joined by the cast of Arrow. (I guess they are stalkers, too…right?)

There was an interesting mix of current and former Walking Dead cast members including fan favorite Steven Yeun (Glenn) who was rocking the ‘stache for one final week since production on the new season begins next week. 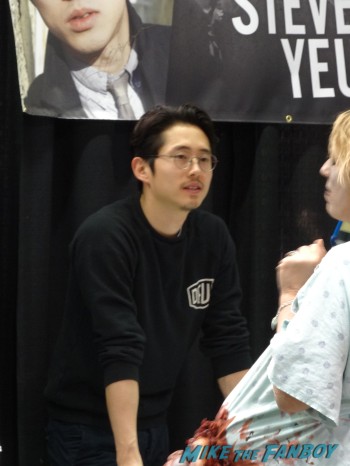 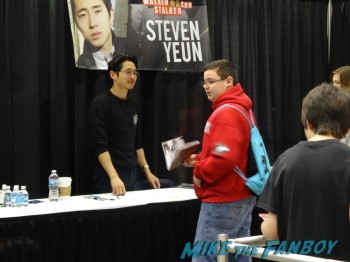 Lauren Cohen (Maggie) was also on hand with a huge line which was tough to get into. 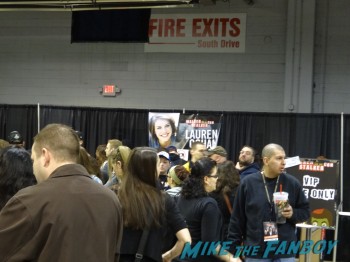 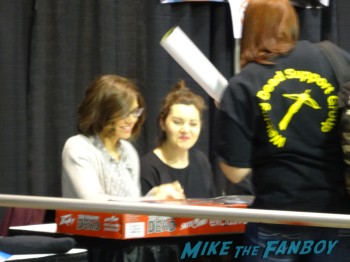 Greg Nicotero, the man behind the zombies, was also on hand. Friendly and chatty, despite the presence of some gruesome bodies, he had to change his schedule to catch an earlier flight to get back to production so he had to cancel his make-up tutorial panel. Drat. 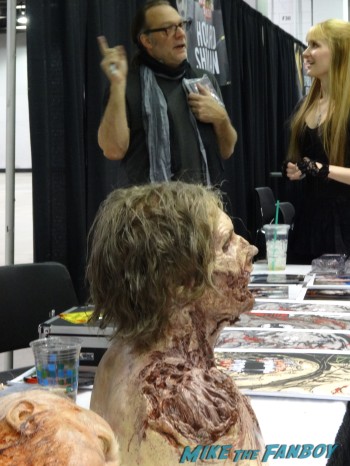 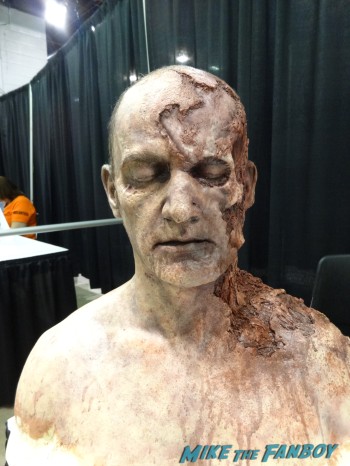 Scott Wilson had to cancel, but Greg was kind enough to, er, bring Hershel. 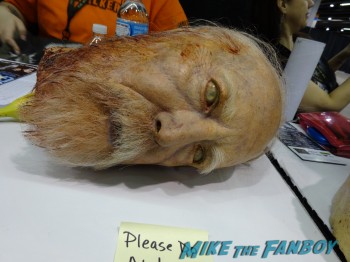 And right before her big episode, Brighton Sharbino was also on hand. She didn’t seem to be fraternizing with any walkers this time so it was safe to approach her… 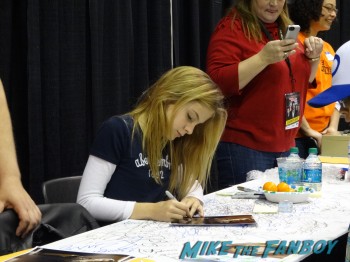 Michael Cudlitz, playing the mysterious Abraham, was also on hand to greet folks. 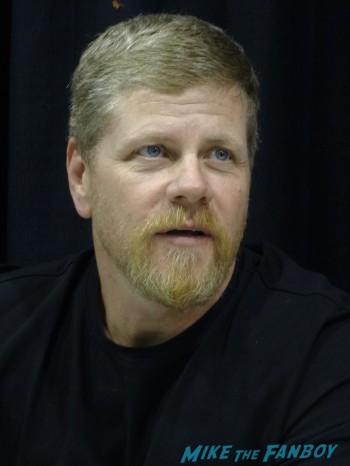 IronE Singleton was also around, looking fab. T-Dog was such a beloved character that nearly every person wanted a hug from an obliging IronE. Who doesn’t want a hug from T-Dog? 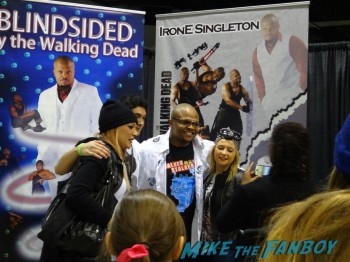 Also lots of dead guys gathered for an impromptu panel when there was a quick hiccup in the schedule. Jose Pablo Cantillo (Martinez), Lew Temple (Axel – that’s interesting), Daniel Thomas May (Allen) and Travis Love (Shumpert) all gathered to talk about death and other random things. 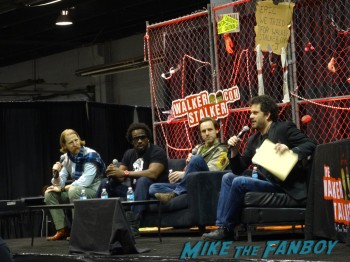 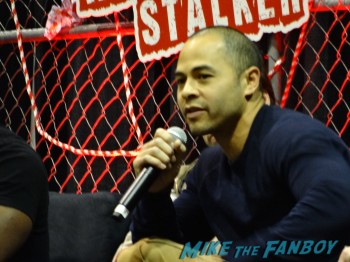 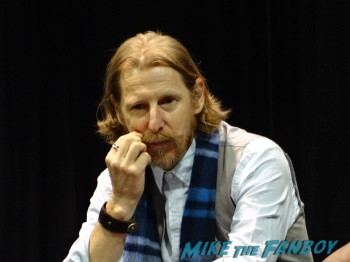 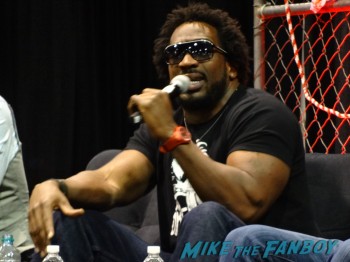 Also on hand (but not on the day I attended) were Laurie Holden (Andrea), Emily Kinney (Beth) who also had a concert, Chad L Coleman (Tyreese) and Sonequa Martin-Green (Sasha).

Starling City was a little less safe last weekend since Team Arrow was in Chicago! Stephen Amell (Oliver/Arrow), David Ramsey (Diggle) and Emily Bett Rickards (Felicity) were on hand. But since Deathstroke (Manu Bennet) also left Starling City, maybe it all balances out. 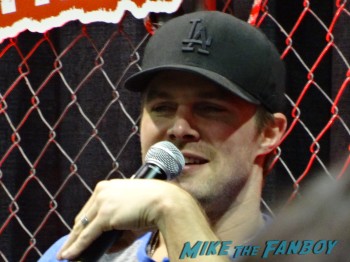 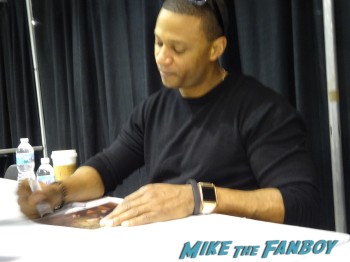 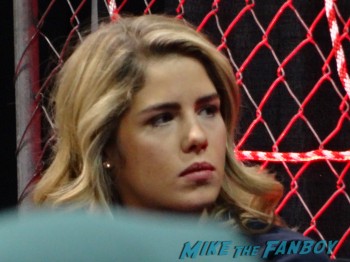 I’ll report on the Arrow panel later on where we’re hear more about the show, cast favorite moments and how Manu choked a guy to get the part (literally!) 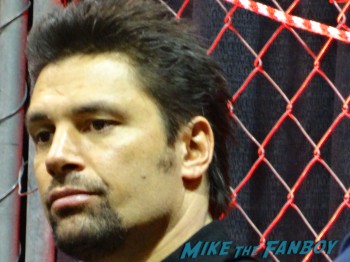 Also note to self: If the cast heads out to enjoy Chicago on St. Patrick’s Day weekend, they may not be bright-eyed and bushy tailed the next morning. In fact, they may trickle in a bit later…but glad they have not failed this city! 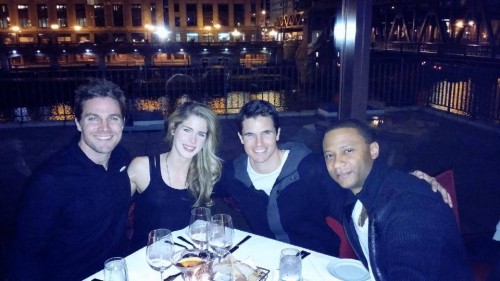 (As you may have noticed, Robbie Amell (Tomorrow People) was also visiting Walker Stalker Con.)

Another visitor? Gwendoline Christie who plays Brienne on Game of Thrones. Gwen was really friendly and impressed with the folks I’ve collected on my Game of Thrones cast piece (years in the making and with thousands of miles behind it!). She spoke of how she “begged” to do the bear fight. She really, really wanted to do it, but the producers were leery about the exposing a series regular to a bear and how hard it was to find a country where they could do a bear fight. She loved the Battle of Blackwater and would love to do a fight scene with a sword on fire someday! (Don’t we all?) 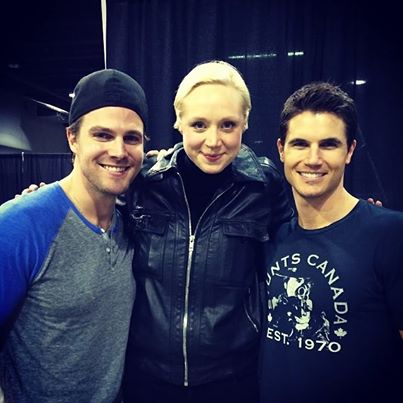 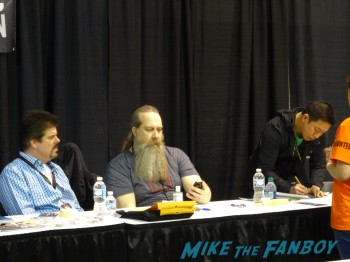 Besides the celebrity guests, there were a variety of vendors including an animal conservation group who brought some friends 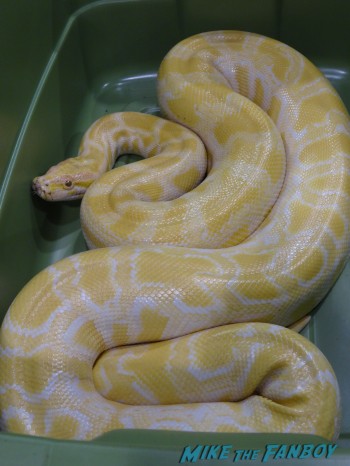 There were also zombies raising money for charity (see, they care too!)…never seen people so happy to be attacked by zombies! 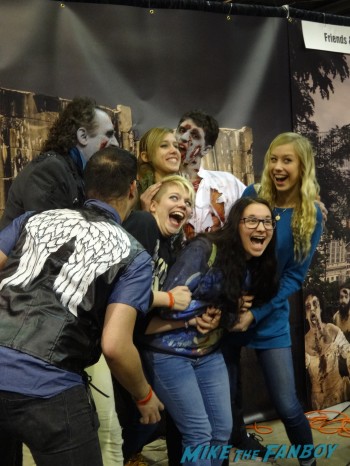 There was also a lot of cosplay with different levels of gruesome. 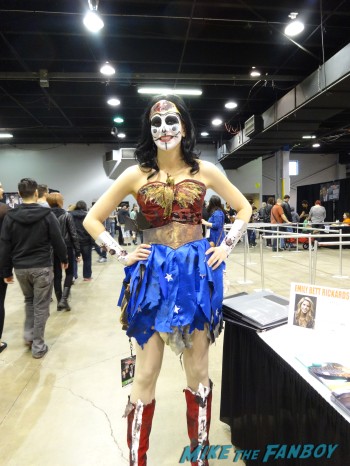 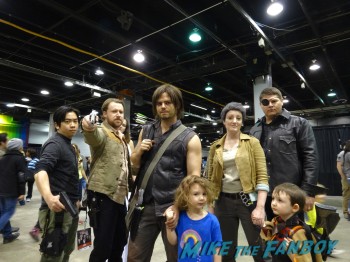 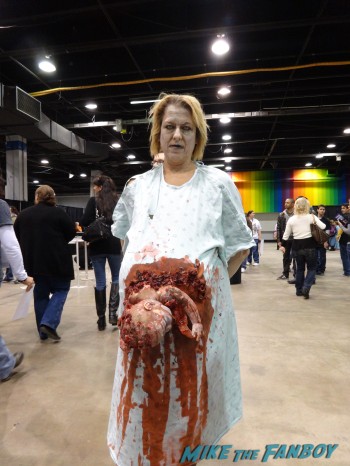 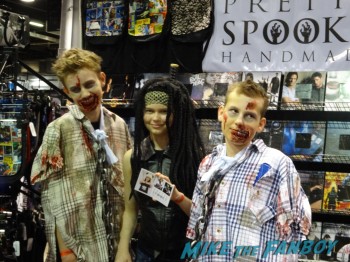 All in all, the show was well organized and a lot of fun with some great guests. They will hold the Atlanta edition of this con later this year. I look forward to seeing if they return to Chicago again next year!