Dinosaurs have always been fascinating and interesting creatures. As a boy, I was intrigued by them, these giant creatures who roamed the earth millions and millions of years ago and then who mysteriously vanished into seeming thin air. Sure, some scientists believe they evolved into birds, but it was the large horrifically scary creatures that gave little kids nightmares.

In the new film Walking With Dinosaurs just out on blu-ray we are treated to what seems to be a glimpse of dino life back in the day. The film opens with Karl Urban who is a paleontologist. He’s bringing his niece and nephew to a dig site, even though his nephew isn’t remotely interested. Karl and his niece wander off leaving the boy alone, and a talking (and I saw talking, but the birds mouth never moves) crow flies down to get the kid interested in the dino years of yore. 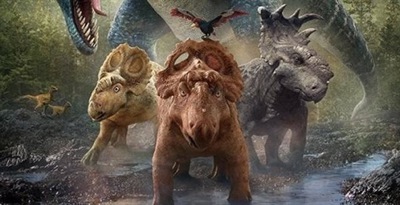 The crow transforms (and eventually is voiced by John Lequizamo) into a prehistoric sort of bird and the main story begins. The crow’s name is Alex and his best friend is a Pachyrhinosauruses named Patchi (Justin Long). Patchi is the runt of his litter and he’s made fun of constantly especially by his brother Scowler. Patchi is attacked by a small dinosaur who tears a hole in his mane, hence the name Patchi. 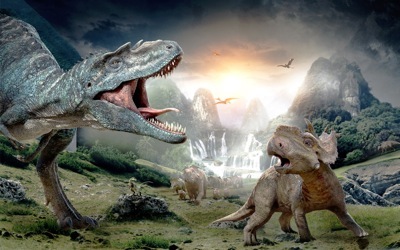 One day Patchi runs into another Pachyrhinosauruses girl from a different clan named Juniper. She is heading south, and away from Patchi’s tribe but he develops an instant crush on her anyway. Tragedy strikes with Patchi’s parents and a lot of their herd dead (except for Scowler) and they join up with Juniper’s group.

Scowler is impulsive and the typical big brother who gets Patchi in all sorts of danger. Throughout the film there’s some gross out poop joke humor, a tragedy or two and the underdog or underdino rising up and fulfilling his destiny. 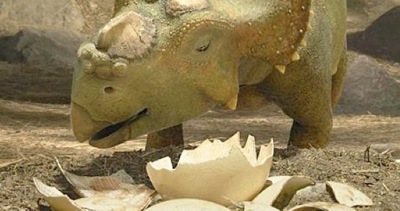 It’s not breaking any molds to be certain, but it does hold your attention. One thing I really enjoyed was that when a new dinosaur enters, the action freeze frames and there is a description of what and who the dinosaur is. It was very informative and I think especially small kids would really like it. I’m sure some people would argue it stops the narrative but honestly the information provided and the education it provides is worth it. 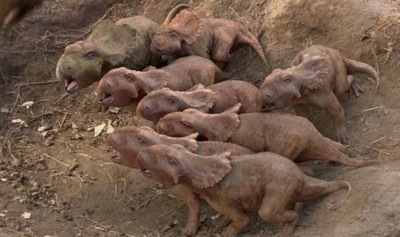 The main strength of the film is the stunning visuals and CGI. Everything is done so well, it’s like you’re watching the action first hand. The attention to detail is laudable and since the film was shot using a live background the CGI blends in flawlessly. At times you may forget you’re watching a digital feature at all. 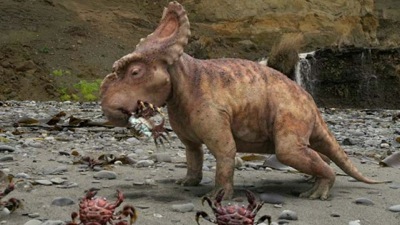 One thing I thought was odd, is that each character is voiced by an actor but none of the dinosaurs actually speaks. Their mouths don’t move at all in fact, so it’s like they are communicating telepathically. It’s a little jarring at times, as if the filmmakers couldn’t commit to having the characters speak with narration or not having anything at all. 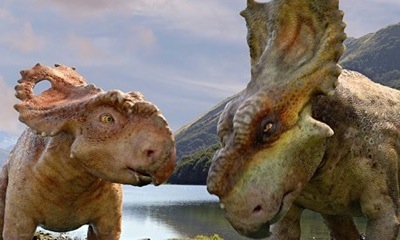 As mentioned above Walking With Dinosaurs high definition presentation is wonderful. The colors are crisp and the CGI is more than lifelike. There are some live action films that should take note of the work done here. The details are crisp and the background visuals look amazing.

The special features include The Ultimate Dino Guide: It’s an introduction page and then there is a secondary page that brings up information on a variety of dinosaurs. Match The Call is a game where you need to name or figure out the identity of the dinosaur who makes certain noises. There is an interactive map, a trivia track, a “Dino rap” and the theatrical trailer. 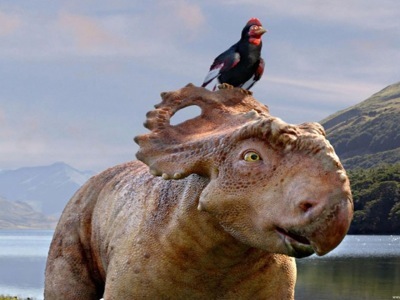 Overall, while Walking With Dinosaurs isn’t a perfect film, young boys will really like the action and parents will love the fact that their children are being exposed to something educational. You can see the money that was put into the film and technically speaking it’s quite stunning.

Walking With Dinosaurs is out now on blu-ray! 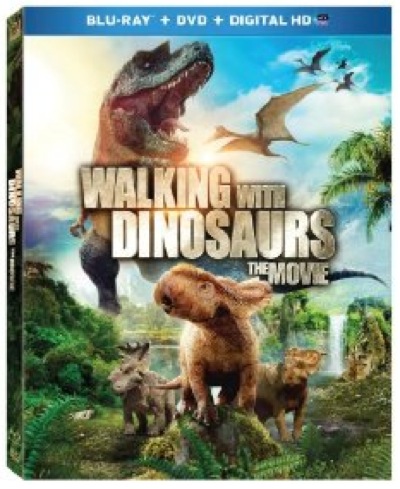