Home / Movie Reviews • Reviews / Walt Disney’s John Carter Blu Ray DVD Movie Review! Does It Sink or Does It Soar? How Does Taylor Kitsch Do In The Title Role? Inquiring Minds Want To Know!

For those of you who have been living under a rock and have not heard of John Carter here’s the brief rundown.

John Carter, Civil war vet has lost his family and is searching for a cave of gold. He finds a dying alien and then gets transported to Barsoom which is in all actuality Mars. While there he gets “adopted” by Tars Tarkas, a green alien with four arms and then saves a princess, falls in love, starts a revolution, saves the planet, etc…

The good: I thought for a movie as long as John Carter was, it didn’t flounder and was fairly action packed. It had so much back story to tell but it wasn’t labored or forced. I liked the idea that John Carter was from the 1800’s and then thrown into a battle on another planet as opposed to having him in our current present day. I’m shocked that didn’t get changed when Disney started the project, and the pseudo dog was adorable. He could run really fast and joined in to help save the day just enough. 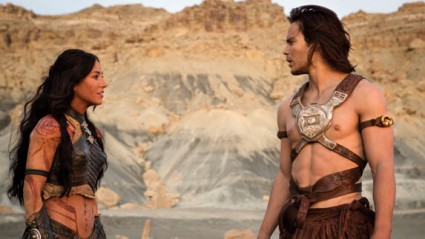 The supporting cast was great including Mark Strong as a race of aliens who set out to lead people into doing what they want them to do changing the course of the universe. Honestly, ask me their names, and I couldn’t tell you, but Mark Strong added a great sinister presence.

The action scenes were also very well done and the effects were top notch. Again there was a lot to like in this tale! 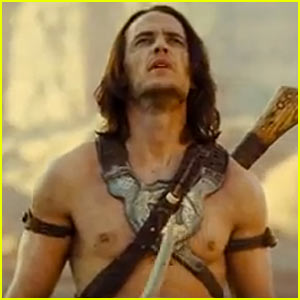 The bad: The acting was a tad… How shall I say this…? Wooden? That’s the right word. I like Taylor Kitsch, but he seemed a little out of his element here and didn’t have the personality resonating for the audience to really relate to John Carter. Lynn Collins matched Taylor Kitsch note for note in the wooded department with barely anything interesting about her character, Dejah Thoris. This is 2012 and you have to do more than act tough and wield a sword to make your female characters resonant.

Also, the green alien creatures were cool, but hell if I could tell them apart. They were all the same shade of green with four hands and two tusks. Okay, but… they all looked the same! Literally… I was like… Is he good, is he bad… Was that Willem Dafoe? 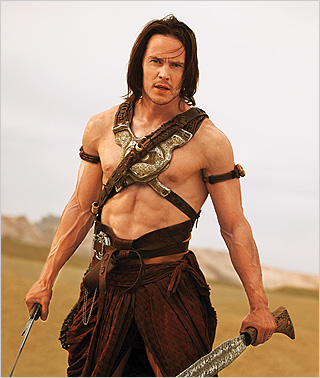 The special features are pretty epic though. If you want to journey into the making of this film, you are in luck. With Disney Second Screen you can explore John Carter’s Journal, and with 360 Degrees of John Carter you can experience every aspect of the filmmaking process.

There are also bloopers, commentary tracks, and the journey of bringing the novel to the screen. Pretty damn cool.

All in all, I enjoyed the movie and if you give it a chance I think you might too. It’s not going to change the world but it was a fun journey. I say check it out and give John Carter FROM MARS a chance!