Home / Filming Locations / Fanboying The Warner Bros Lot And Seeing The Gilmore Girls Sets Coming Back! Stars Hollow! Plus Gremlins! Sex and the City! And More!

I have to tell you how much I love visiting the Warner Bros lot. It’s simply a whirlwind of film and television history.

Last week, I was lucky enough to be able to visit the lot with Lindsay from I Am Not A Stalker who is the best a knowing where and what things were filmed. If you haven’t seen her site, you need to do so because 1. she’s amazing and 2. I’m so stoked that Lindsay is going to be some guest columns for us! I feel so honored and excited, I can’t even tell you!

Keep an eye out for her first column in a couple days.

Now, we were able to head to the Warner Bros lot and thanks to Lindsay I was able to see a bunch of things I’ve never noticed or knew where they were before.

The first thing we saw was the step that Sarah Jessica Parker sat on when she visited Los Angeles and Warner Bros on the original series. 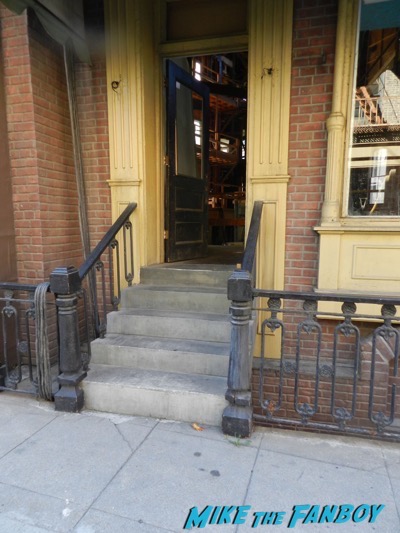 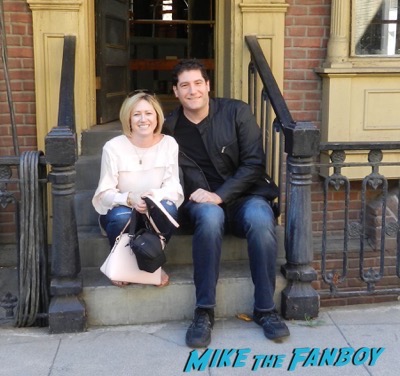 This is where Carrie lights a cigarette and is told to put it out and she cries, “But this is New York!”

Then, also on New York street are the Gremlins steps. This is where Randall Peltzer brings home Gizmo! It’s so iconic, and of course thanks to Linds, I was able to find it! 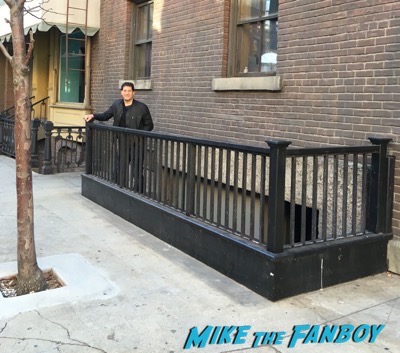 Then Lindsay pointed out the exterior of the diner from 2 Broke Girls. It was rebuilt on the soundstage for the later seasons, but it was awesome to see! 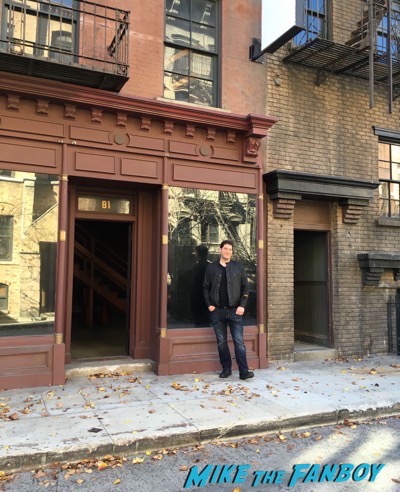 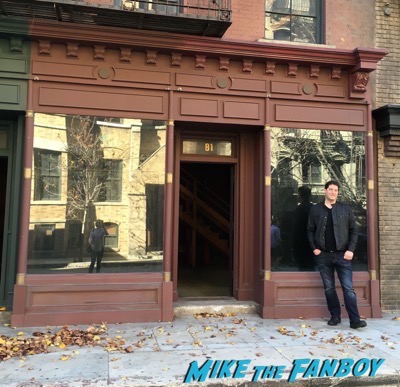 One of the coolest things we saw was the new house from Fuller House. Now, Lindsay wasn’t sure what this was used in because the starting of Full House was shot on location, but it looks like the house was built on the Warner Bros backlot for Fuller House. 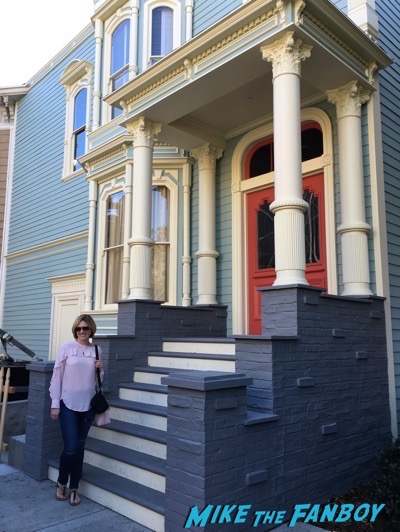 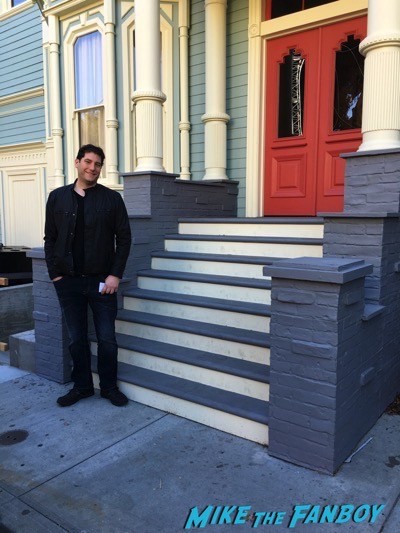 The real reason I wanted to head to Warner Bros is because of one thing and two words… Gilmore Girls.

They are getting Stars Hollow ready for Gilmore Girls. Now, the entire town square is getting a refresh for the series, new paint, etc… the gazebo isn’t in the square yet but it will be I’m sure. 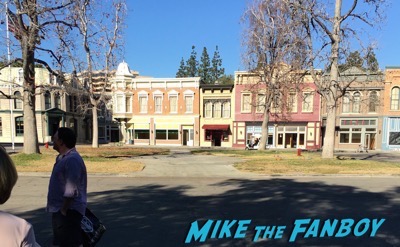 Linds of course was pointing out everything to us! Love it! 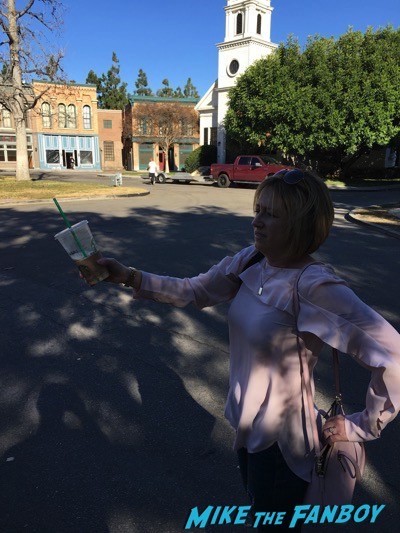 The dance studio was getting repainted at the time we were there, but the coolest thing was seeing Luke’s coming back! 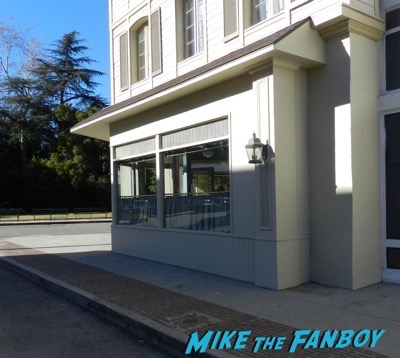 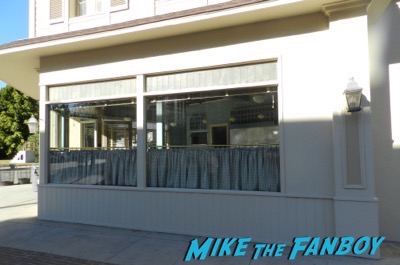 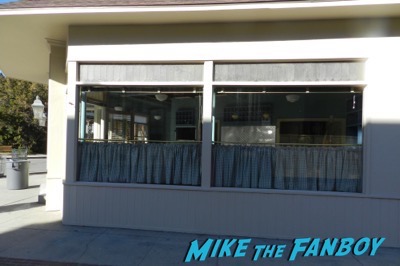 The interior was being redone and the curtains were already in place! 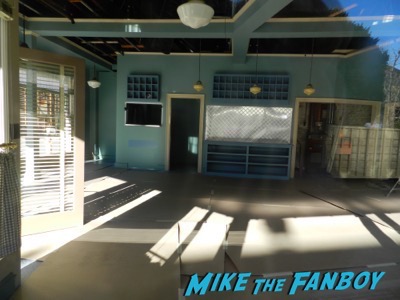 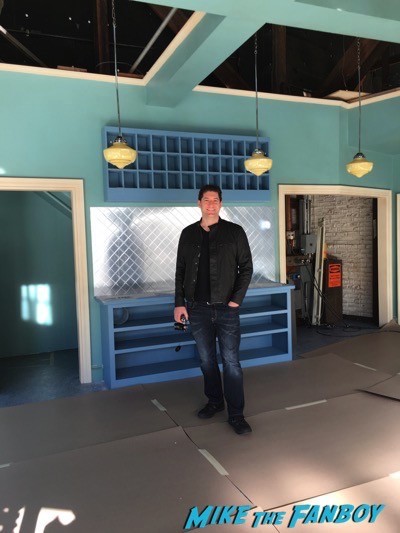 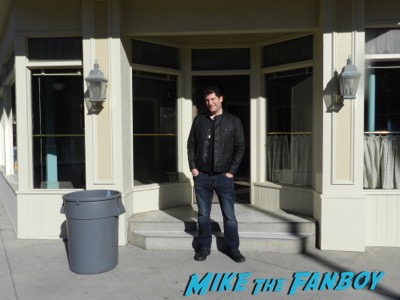 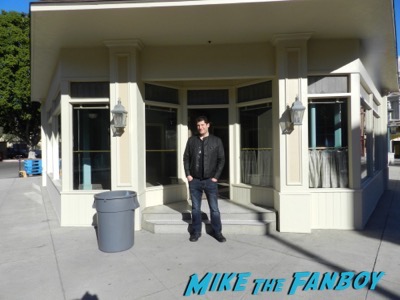 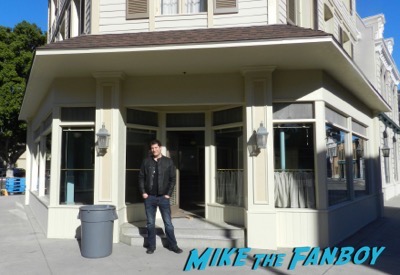 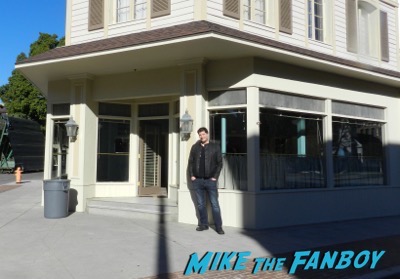 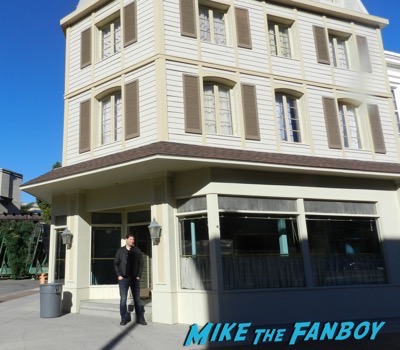 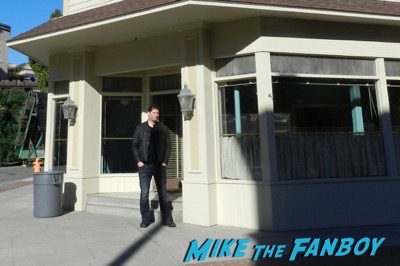 We had a blast, make sure and check out Linds’ new column coming up, I’m so stoked because she is the best at picking out filming locations, knowing the history and so much. If you have a location you’ve always wanted to visit, I’m telling you she can find it.

I’m going to shut up now!