It’s so funny. I have so many friends who grew up listening to Weird Al Yankovic. He’s been around so long. When I was young I listened to Dare to Be Stupid over and over. Plus, how can you not love Canadian Idiot? It’s one of the best parodies ever!

Travis was out and about at Weird Al’s Louisville convert and while he managed to get two photos WITH Al.. They were both… Flops! Doh!

So this past week one of my childhood favorite singers, Weird Al Yankovic was in Louisville for a concert.

I had pretty great seats 4 row, on the aisle.

He started his show outside singing tacky and worked his way inside down the aisle.
I realized if I stepped out I could possibly grab a quick over the shoulder photo with Al.

He walked right up to me and rested his head on my shoulder and I snapped it! I was so excited only to realize that photo was fuzzy. 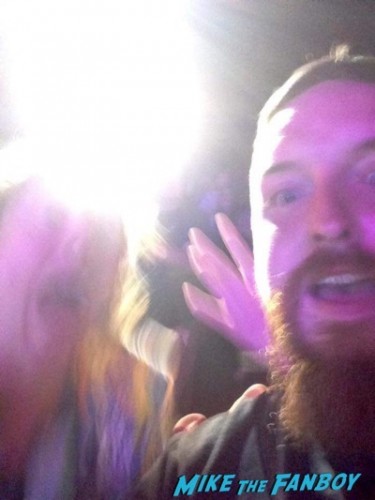 But i was determined! So after the show with the help from my wife we sat out back for 2 hrs hoping to meet al!

Finally his manager came out walked about 30 of us to his tour bus and promised to sign just one item per person. Redemption! Wrong!

He signed a mad magazine for me, I shook his hand and talked for a moment, but sadly I realized again he never looked up for the second photo. 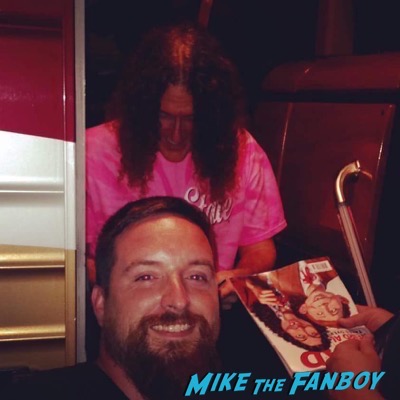 2 chances in one night failed both attempts. Still had a great time with the wife and stories to share.