Westworld is one of my favorite new shows and if you haven’t seen it, you really are missing out. At this years Paleyfest, Westworld was being honored and I knew I had to go!

The house was packed and there were lots of revelations about the series.

When asked if he knew that The Man in Black and he were the same guy, Jimmi Simpson said, “No.” To a lot of laughs. 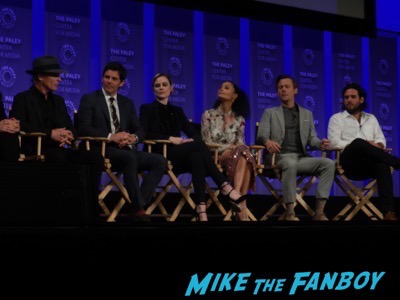 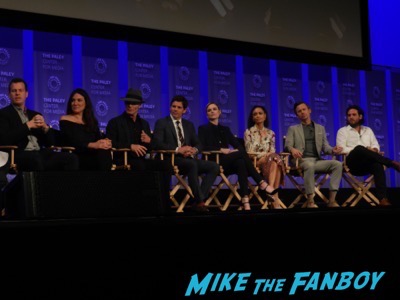 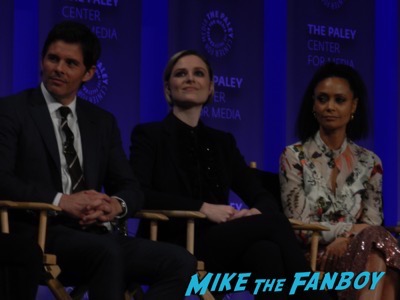 James Marsden said, “Of course!” When asked if he knew exactly what the maze was going to be.

“One of my theories was that it was going to be a secret door and a maze and all the human versions were going to be there…. I was so off.” Laughed Evan Rachel Wood.

“I guess it was a mystery box and we kind of opened it.” Said Jonathan Nolan. 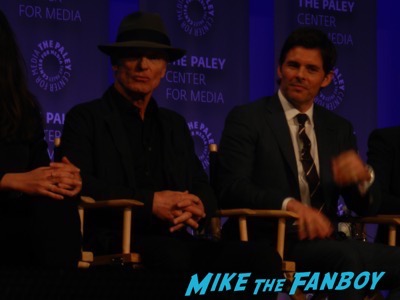 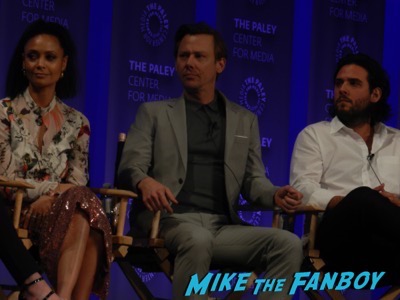 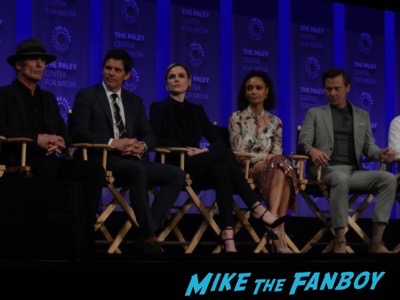 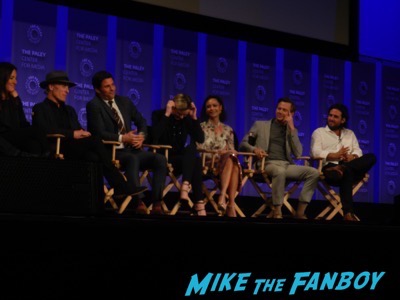 “I didn’t know that Bernard was a host during those scenes.” Mentioned Evan Rachel Wood, “We don’t get a lot of intel.”

The cast was really excited to be a part of the series and you can tell by the passion that they showed.

“To me it’s so much more than a show.” Said Evan Rachel Wood, “I didn’t know I was on the greatest show of all time. I knew it was good, but man…”

“The way Evan plays Dolores, the way you go through the centeredness of the character, this is a tour de force performance.” Interjected Thandie Newton, “One of the real treats about being on a show like this, is that we all get to spend time together. Seeing these characters come to life, I remember thinking, ‘fuck I hope I did all right.’ “ 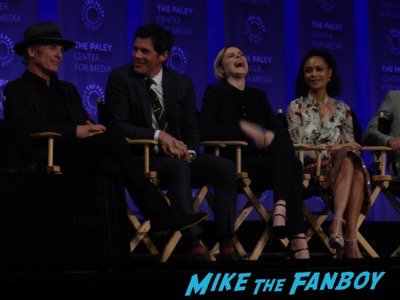 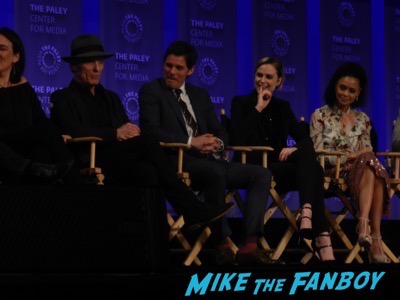 “As much as we didn’t know, there was incredible preparation, every moment was loved and taken care of. Jimmy and I spent countless hours making it as real and compelling as possible.” Added Evan Rachel Wood.

After the panel the usual rush to the stage commenced.

We were lucky and Ed Harris came to us first. I had two posters I brought with me I’ve been working on forever… Well, it seems like forever. Ed Harris signed the first poster and then Jimmi Simpson signed it, Jimmi Simpson was like, Wow, you got a lot of people on here, I said I came here for you and Ed, he goes, “I’ll have Ed sign it too!” I told him, have Ed sign the bottom one, so Jimmi Simpson had Ed Harris sign my second poster which was awesome.

Then James Marsden signed the second poster as he made his way down. Evan Rachel Wood also signed for as many people as she could. She signed my second poster and a magazine for me. 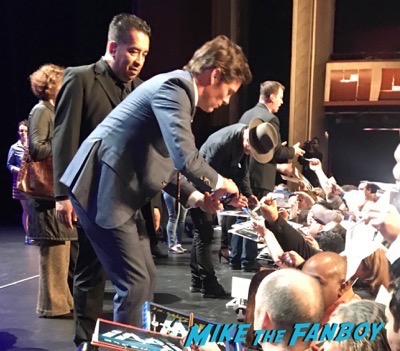 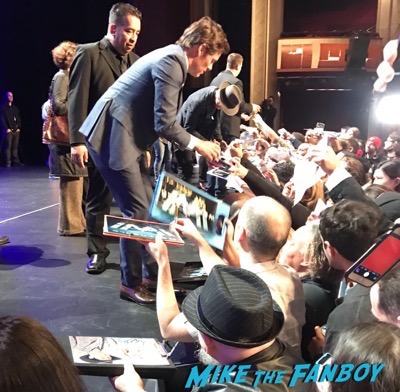 Jonathan Nolan signed both posters and Lisa Joy signed my first poster before being whisked off.

Thandie Newton signed on the other side and I really didn’t see her sadly. 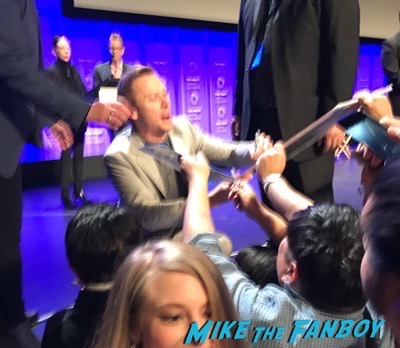 It was a pretty epic night though! I had a blast! 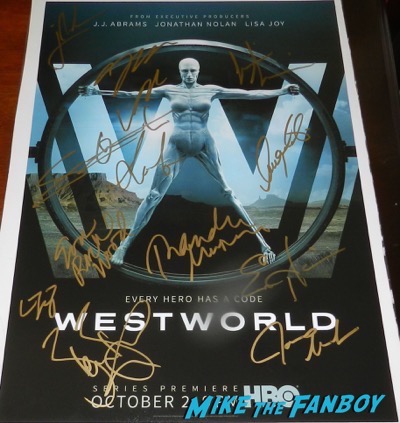 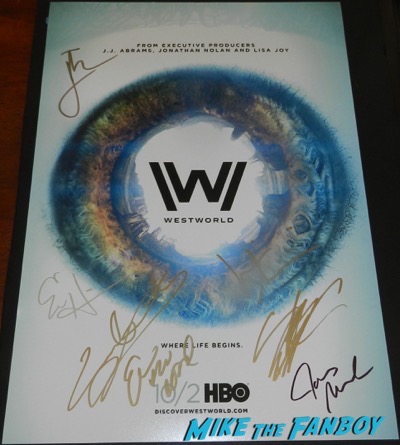 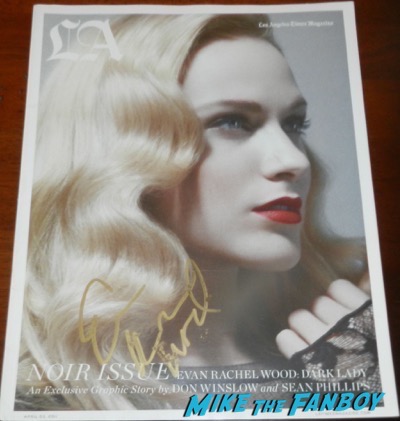