Home / NEWS / What!?! Even MORE Spinoff Insanity! NBC Is Jumping Into The Mix And Developing A New Series Based On One Of It’s Freshman Dramas!

Are spinoffs the new reboot? I don’t know but after the announcements from ABC about Once Upon A Time and then ABC Family about Pretty Little Liars now NBC is jumping into the fray!

NBC is planning a spinoff based on Chicago Fire. The freshman series saw it’s initial episode order upped from 22 to 24 episodes and now another series.

Not bad for a frosh! The details are still being worked out according to Deadline Hollywood but the spinoff is going to be a Chicago set procedural about another public safety division… The Police.

The new series is being developed by the Chicago Fire producers and will be planted in Chicago Fires season finale. No one knows yet which actors might go to the new series but it will probably be a recurring cast member(s). 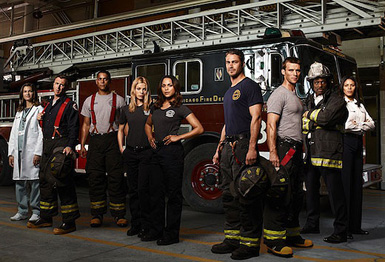