Sigh, Billy Beer is reporting from his adventures with Ms. Jessica Biel and the awesomeness that is Colin Farrell! Now, I’m sure a lot of you saw my Fanboy Fail with Jessica Biel earlier this week. That did not make me happy… Billy Beer was lucky enough to get to meet the Summer Catch star so no Fanboy Fail for him… Grumble!

However, Billy did get shafted for Colin Farrell! Say What! But he did meet Dwayne Wade… So I guess it all balances. LOL…

Check out Billy Beer’s full recap after the jump!

Welcome back to Billy Beer’s Barstool.  While sitting down watching the Heat win the NBA Championship on the big screens and enjoying some tasty beverages, I find myself daydreaming about my last encounter with Ms Biel (actually her just driving by).  What would it be like to actually meet her and have her be super nice .  What if there was a way to make these dreams an actual memory?  Then my buddy Colin Ferrell comes into the bar, sits right next to me, and orders a round of whiskey for the two of us.  Time for the adventures to begin!  Oh, and please let there be a girl with 3 boobs! 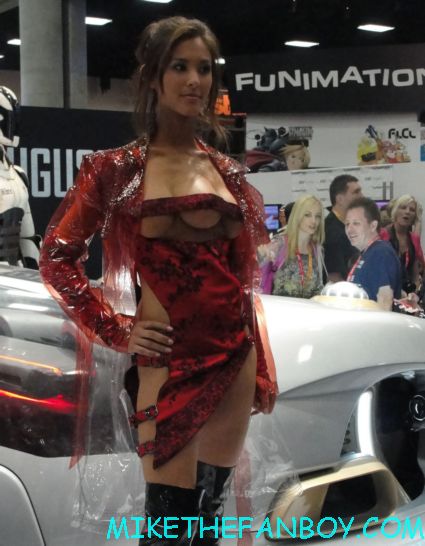 Well, since my car has been in the shop for what now seems like forever, I’ve spent a lot of this week riding shotgun in the C.B.atmobile.  So I kinda have to be up for whatever he wants to do.  Today, we planned to do a little double dipping.  Our first stop we are hoping to see Dwyane Wade and Collin Ferrell.  It’s hot out today, so I hope this goes quickly.  By the time we get there, there is already a small crowd of people waiting.  Sport stars always seem to bring more people out even though a lot of them aren’t always nice.

D-Wade is the first one to arrive.  I’m thinking he’s gonna just drive on by, but next thing you know, his window is rolling down.  Here’s the part I hate.  I’m not really good at extending the arm out, and getting my body all smushed up against other people to get a good position.  Luckily Wade signs for a while.  I’m finally able to get my picture signed and out of there. UGH! 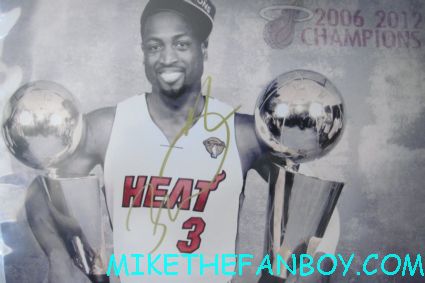 Now we’re waiting for Colin.  C.B. thinks he sees an SUV that might be his.  As he’s staring off in one direction looking at one SUV, Colin is pulling in from the other direction right behind him.  LOL!  Oops!  No time to laugh, gotta get to the car.  Colin’s window was already rolled down, let the signing begin.  Again, I’m not really good at this.  I just have my picture out hoping he’ll get to mine.  I feel something hitting my picture, people are throwing their stuff on top of mine.  Then I feel a little tug on it.  I think he’s signing it.  Nope!  Nothing on it.  It’s still out there, then PLOP, someone’s big board lands right on top of my picture.  That one gets signed and then he drives off.  Nothing.  I’m a little upset, I won’t tell you who plopped that big board on my picture, I’ll just give you his initials C.B.  🙂  I know he’s probably going to be mad I mentioned that, but it is part of the story.  What I also have to mention is, without hesitation when he found out I didn’t get one, he gave me one of his.  Thank you sir, like the real C.B., class act.  Not many people would have done that! 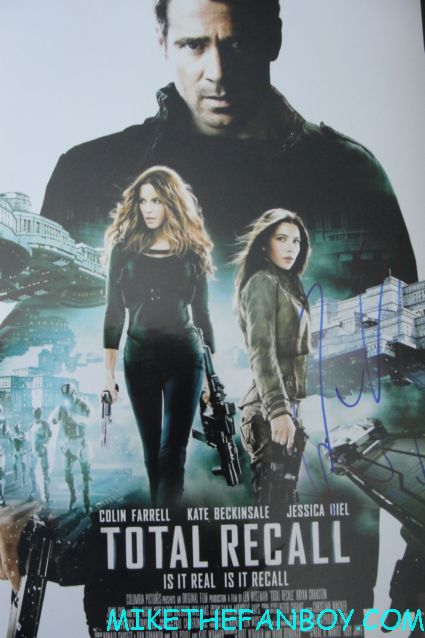 No need to stick around, on to see Ms Biel again.  Now the last time I saw her, she was driving on past me.  Today I hope for better results.  There are a lot of people here today with a lot of paps.  That’s can be good or bad.  Some stars hate the paps, but they also don’t want to look bad in front of them.  Jessica arrives and pulls right up to the door.  Hmmm, that’s not a good sign.  MONTAGE!

Hey there’s Mike the Fanboy.  I go over and say Hi.  Now there’s really a crowd.

The security comes over and tells everyone to get on one side.  That’s usually a good sign.  And here comes Jessica.  She walks straight over. 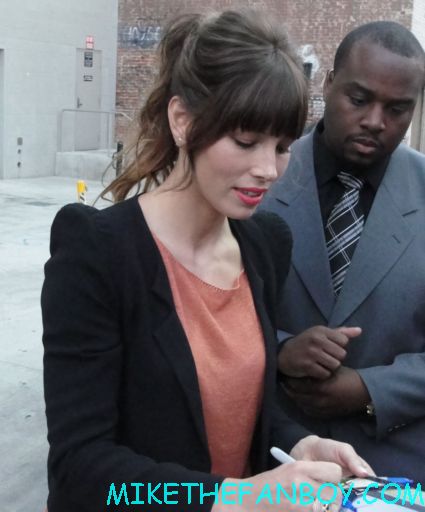 Security is being REALLY strict with only getting one thing signed.  I pick my picture and wait.  She’s not taking pictures until she gets to the person before me.  He tells her it’s his Birthday, and she takes a picture with him.  “It’s my Birthday too!”  She laughs and signs my picture, but no picture with. 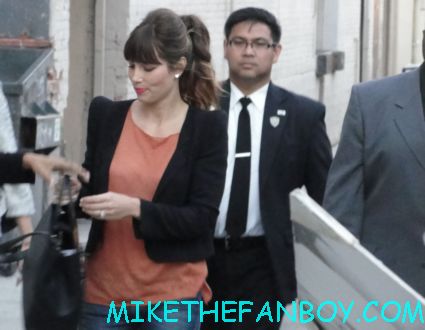 Oh well, I tell her I still watch Summer Catch whenever it’s on TV, and she continues down the line.

Mike has either said his Grumble at the beginning of this article, or about to add his Editor’s Note Grumble right now.

Jessica was super nice, too bad security didn’t have enough barricades to make it comfortable for her to sign for everyone there.  Well, very successful day. 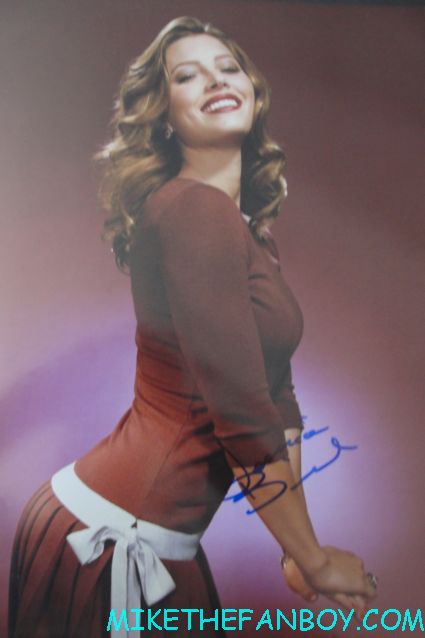