Home / NEWS / Why Does Ghostbusters Have Such A Cult Following? I Ain’t Afraid Of No Ghosts!

If you’ve ever watched the original Ghostbusters film that first graced our screens back in 1984, then it’s easy to see why they have amassed the great success and popularity that they still have today. It’s been 37 years since the first movie, yet readaptations are still being made today, with the latest release in July 2021. 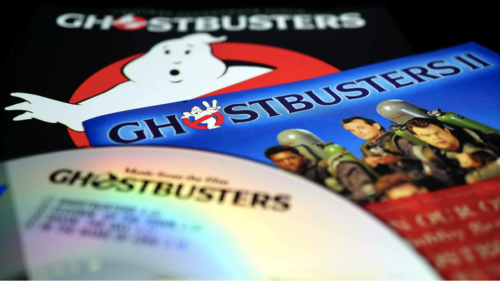 Whether it be the theme song or the iconic logo, Ghostbusters is a highly recognizable and much-loved franchise. With its memorabilia still being sold 37 years later and all the Ghostbuster-themed artifacts, we have today, from exclusive sneaker collections and even inspired themed slots.

Don’t just take my word for it though, keep reading to find out why ghostbusters have such a cult-like following!

1. It Has A Great Storyline

(Spoiler Alert!) The original Ghostbusters movie follows three disgraced parapsychology professors who make a drastic career change becoming paranormal investigators where they hunt down and capture ghosts in New York City. Initially, this is all done to help them earn enough money after their research grants fall through. When the job of hunting ghosts becomes too overwhelming due to the high demand for their service, they hire a fourth member to join their ghost hunting operation. The fourth member ends up predicting the impending judgment day-like scenario caused by the increasing supernatural activity in their city. Unsurprisingly, his prediction proves true. However, after a non-believing government official decided to do away with the ghostbuster’s containment system, it makes trying to save the city all the more challenging but incredibly entertaining for us viewers.

The first Ghostbusters movie has a lesson of teamwork and creating something with your friends, a message we can all benefit from no matter our age, thus making it highly relatable and memorable for many. On the flip side, the second movie in the Ghostbusters franchise takes a different direction. It’s a classic underdog rising from the ashes to claim a victory story. It picks up five years after the Ghostbusters have saved New York with more humorous dialogues for each character and iconic scenes like Peter’s World of the Psychic show or the courtroom scene after their arrest. In this second movie, we also see the four friends getting their much-deserved celebration at last.

Ghostbusters 2 also does something the first movie didn’t; it places the blame for many of the events that happen to the residents of New York City. For example, when the river of slime fuels Vigo, we come to discover that the slime is fueled by the negative emotions of New York City’s inhabitants. The more you behave like a terrible person, the stronger Vigo becomes, only being defeated when the people of New York come together.

The other movies that followed also had some great themes and an excellent script that kept viewers laughing and entertained but not taking away from the original film, even if the much-beloved cast was different to make room for new actors. 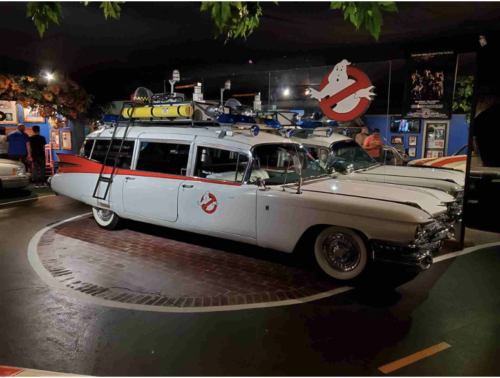 Although CGI was not as prevalent back when the first two ghostbusters movies, the first movie still had an impressive production budget of $30 million, which was unheard of in those days for what was intended to be a comedy film. Despite the fact that special effects can ruin comedy’s, the special effects in this movie did the complete opposite, even if they were not as great as those that we see in films made in later years.

What made the effects work so well was their pure simplicity and how practical they were. The fact that they were tangible made it seem so much more real. Take the scene with the slime, for example, they used methyl silos (a Chinese food starch) to create the effect, and for the melted marshmallow at the end, they used barrels of shaving foam. It honestly doesn’t get simpler than that, but watching those scenes, it works!

Let’s not forget to pay special mention of one of the scarier scenes in the movie when Dana gets restrained to a chair by the dogs and then gets dragged through a door. Breaking down this scene and looking at how they created it will impress you even more. This scene was achieved by creating an ominous mood and sense of impending doom by the light behind the door. The distorting effects of the door to create a creature passing through from different teams were achieved using a technical rubber door process. If you remember having a scare from the arms and legs of the dog bursting through the sofa, that scene was created by the use of a trapdoor under the chair that was hidden by grips wearing dog-leg gloves.

Another notable effect that we look back on now and wonder how the director achieved it was the Marshmallow Man. Originally meant to be 112.5 feet tall, it ended up being just a guy in a costume (costing $25-30,000 at the time). The foam itself was toxic, and the person in the costume had to have air supplied to them to prevent them from passing out. Though the Marshmallow men ended up being simplified versions of what was intended, it still did the trick, which shows that sometimes simple is better.

Not to mention that the production team had difficulty finding model cars at the scales they needed, so when they saw a specific model of a police car that could meet their vision, they bought roughly a hundred of them. Then broke them apart so that they could build different vehicles. It’s that type of dedication to fulfilling the creative vision of the movie that made Ghostbusters live on in our minds rent-free till today. Not to mention that the production designer John Decuir went on to receive 11 Oscar nominations in his career.

Bill Murray, Dan Aykroyd, Harold Ramis, and Ernie Hudson (the four Ghostbusters) are revered for their characters in the original movie. Even if recent remakes use new actors, the original four are often referenced, and it’s not difficult to understand why. They captured their characters perfectly and can even be credited with a big part of why the Gohstuster movies have such a dedicated fanbase.

In addition to our four main characters, other great names such as producer and director Ivan Reitman can also be credited with the success of the Ghostbusters movies as the first movie did pave the way for the others. Richard Edlund headed the special effects under Boss Films, responsible for films such as Return Of The Jedi and the Poltergeist. Richard Edlund already had experience with most of the visual tricks that Ghostbusters would come to rely on, such as the 360-degree turn in the scene where Dana Barrett becomes possessed by the demon (Zuul) and revolves and floats a few feet in the air.