Home / NEWS / Why Narcos Was So Popular! The Inside Scoop On The Netflix Series!

What Made Narcos So Good? 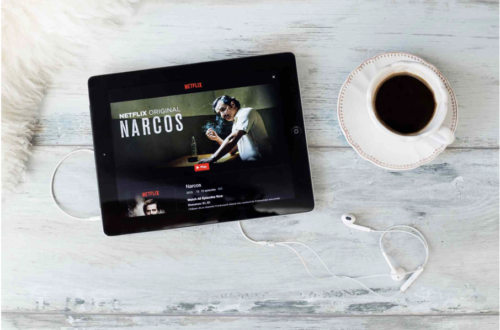 Narcos started off as a show to garner more viewership from Spanish speaking people in South America and Europe, a market Netflix was struggling to tap into. However, the show exploded and became an instant hit with fans across the globe.

Popular series have been a great theme for games for years. The illicit activity has been a huge part of movies, and it was about time a well done TV show was made about one of the most famous cartels and drug kingpins in the world.

Obviously, the story was a huge driving force behind the show’s popularity. Pablo Escobar has to be one of the most famous drug dealers in the world, and his life, wealth and opulence were unmatched at the time.

The years it took for him to get caught, the multiple operations done by the FBI, CIA, Mexican police and the Mexican military made newslines every single time a new member of his cartel was arrested or killed.

While the show doesn’t stick to the story exactly, it does give a really nice representation of what happened. It also doesn’t just shove action and violence into your face, there is proper character development, you become invested, and the story is told very well.

There is no way this show would have reached the heights it did if it was just another crime series. The story was told in such a way that you were constantly on the edge of your seat and waiting for the next episode just to find out how the smallest storyline arc finishes.

The post will go a bit more in depth into the spin-off. Narcos: Mexico, which was meant to be a fourth season for the original show, does an incredible job of carrying on the story, as it takes place in Mexico almost in a parallel time frame as the original series. As in, both events depicted in either series happen at the same time in time.

The characters and how they were portrayed was obviously a huge selling point for the show. Escobar was played brilliantly, with audiences getting a taste of his business side, his family side, as well as how ruthless he was when he was in charge.

Steve Murphy and Javier Pena are the two DEA agents tasked with bringing Escobar down. Not only do they play their roles of agents brilliantly, but their characters develop beyond that, making them into more “real” people.

While the characters portrayed on the show are based on real people who were part of the Escobar investigation and takedown, shows often miss out on the small character details that make them so memorable, for the most part, Narcos got it right.

There is a huge amount of characters included in the show. From Mexican officials, acquaintances of the Medellin Cartel and Cali Cartels, as well as the amount of actors portraying members of the cartels gave you a much more holistic picture of the events.

As mentioned at the beginning of this post, Narcos was released by Netflix to draw far more interest and gain a bigger audience in Spanish speaking countries across the globe, especially in South America and Europe.

What is interesting is the fact that season 2 and 3 of the show were far more popular than the first season. Whether that is due to the first season being more about story building, or it just wasn’t that popular with audiences is unknown.

Considering the third season doesn’t even have Escobar in it and focuses more on the cartels as a whole and what business they do and don’t want to do, is also fairly interesting it was rated higher than both season 1 and 2. 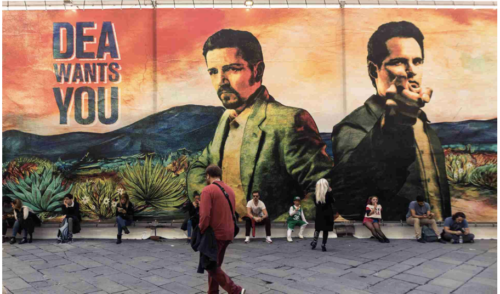 A spin-off the series has also been produced, taking place in Mexico in the 1980’s. The story sort of runs parallel to that of Narcos, with Pablo Escobar even making an appearance, with the show focussing on the rise of the Mexican drug cartels.

Michael Pena plays a DEA agent, with some of the biggest names in the world of drugs being portrayed, such as El Chapo Guzman and multiple other big time drug dealers who would go on to start cartels and be responsible for the current war on drugs in the country.

The first season of the show received a rating of 89%, wth the second season receiving a rank of 87%. Many people praised the fact that the show follows what the original Narcos series did right, but also changes it considerably to depict how different the rise of cartels was in Mexico, as well as how differently they operate and how they are handled by authorities.

Narcos didn’t become as big as it is by luck. A combination of incredible storytelling, attention to detail, and choosing the right actors to play very famous individuals in the drug world all contributed to the show’s success. Even though the original series was only 3 seasons, it is still a firm fan favorite and a show you should watch if you haven’t seen it already.

Tweet Pin It
Tags:The Inside Scoop On The Netflix Series!, Why Narcos Was So Popular!