Home / Fanboying! / Will Smith Madness! The Focus Star Greets Fans As Does Elizabeth Henstridge From Agents Of S.H.I.E.L.D. Autographs! And More!

There are days when you just never know what to expect.

I headed out to try and meet ID4 star Will Smith who was out at a talk show taping. Also on the show was Elizabeth Henstridge from Agents of SHIELD. I told Billy I would help him out with Elizabeth Henstridge, I mean he had a brilliant 5 x 7 photo of him and her together. Billy’s face was half cut off, but you know. What can you do?

I have a few things for Will Smith including mini posters for ID4, Focus and Six Degrees of Separation. I love that movie, I think it’s completely brilliant. Stockard Channing in particular is so good in it.

I was shocked that there were not that many people when I arrived. It seriously wasn’t bad at all. I expected a ton of people. I know Pinky was coming, and Chris AKA The Autograph Dog was at the front. I expected to see Paul but he wasn’t here. I did see Tim and said hi to him as well.

Apparently on the way in, Will waved.

Elizabeth Henstridge just arrived and waved on the way in.

So, now we have a second to wait.

I talked with Megan and Janna, Chris talked obsessively about Natalie Portman and what movies she’ll sign… Let me just clear all that up… NONE! Honestly, it was actually pretty pleasant. I was having fun.

Then we could see security get into position, and Elizabeth Henstridge came out.

She went to the end of the line, which has now swelled to about 100 people. Man oh man… Of course they didn’t put more barricades up. Sigh.

Elizabeth Henstridge was so nice and took her time. She moved slooooooooow. I had Billy’s 5×7 and waited for her. And Waited. I’m so glad she’s being so kind, however, I felt like Will Smith was going to come out at any second.

And that’s exactly what happened!

Out walked Will Smith. He stopped to take a photo near the gate and it looked like he was going to leave and then he came on over. He was about to walk to the end of the line and then started at the front. 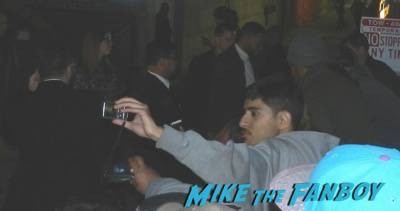 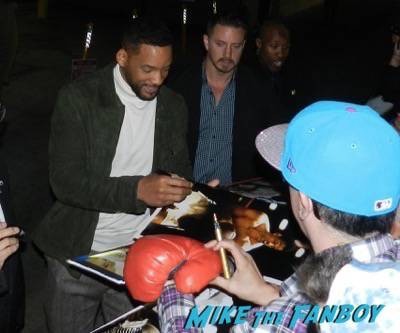 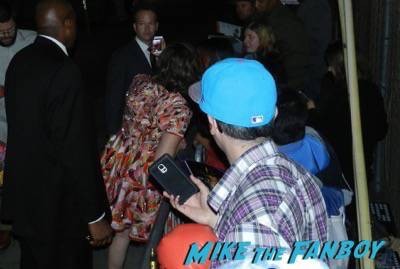 I have my ID4 mini poster out and also my Six Degrees of Separation. Elizabeth Henstridge, gets to me and apparently, she said, “I almost signed the Independence Day poster.” No sweetie, no you didn’t.

Elizabeth Henstridge just passed as Will Smith saw her and they hugged. 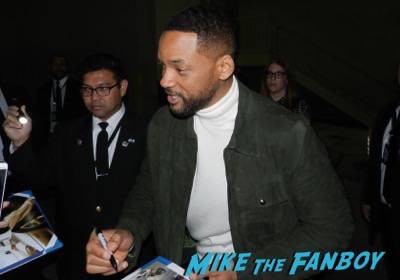 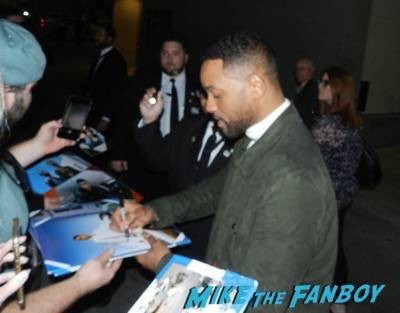 Then Will signed for Angel who was next to me and then asked to borrow his silver for my poster. Then he spotted the Six Degrees of Separation poster and went. “whoa!” and signed it as well. 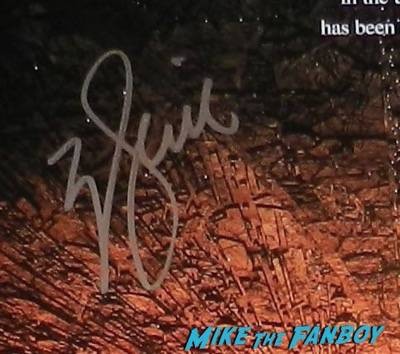 Will continued down the line and I think he got about halfway, and then suddenly stopped. I’m not sure why, I heard he said something like, “I gotta go.” but honestly, I really don’t know why. 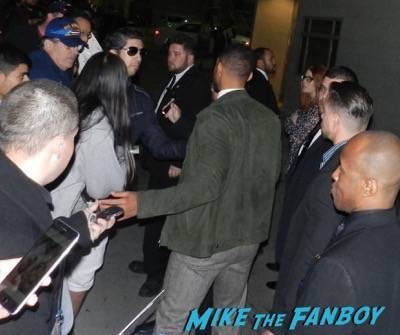 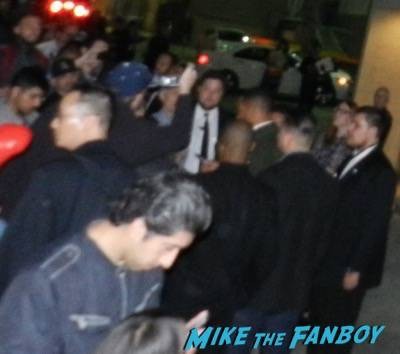 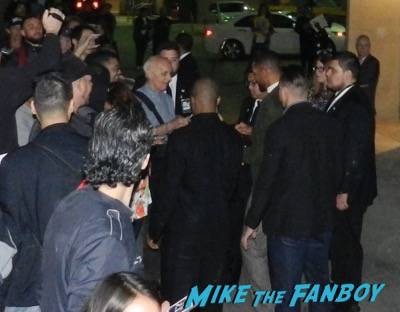 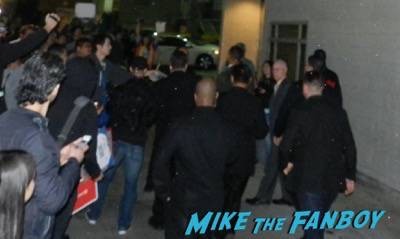 Then he came back signed a couple and then it got nuts. He was surrounded and then bolted. 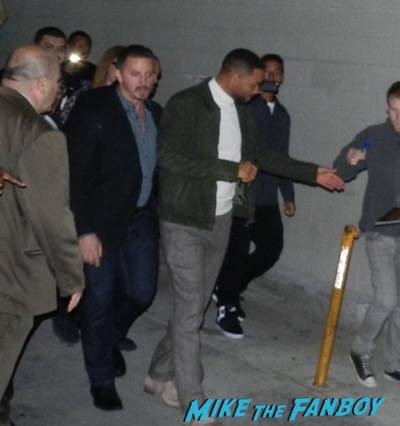 I was pretty lucky, I know a lot of people didn’t get him. Doh! He was very nice to us though, I have to tell you.

Sorry to everyone who didn’t get anything. 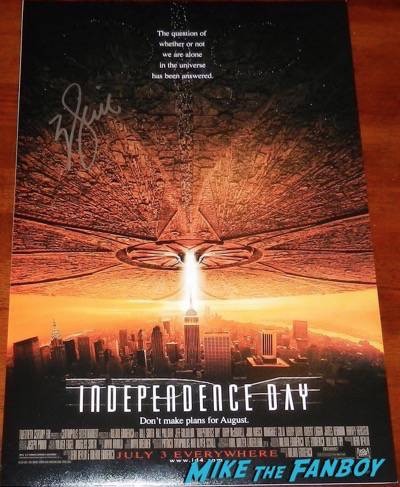 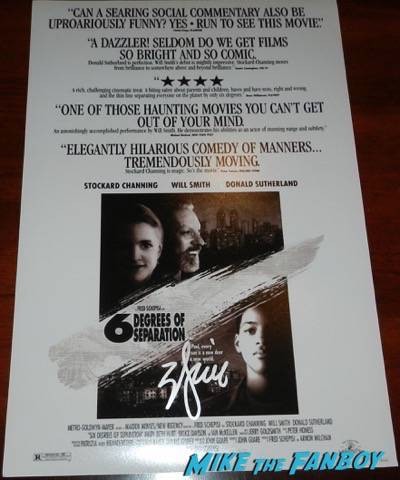