Home / NEWS / Will There Be A Pacific Rim 2? Director Guillermo del Toro Talks About Writing The Sequel!

Pacific Rim was released in theaters and didn’t exactly light the world on fire. Starring Charlie Hunnam and Ron Perlman, Pacific Rim follows a group of man made robots that were built to fight Aliens who attacked humans due to a rift.

Director Guillermo del Toro talked about a sequel when the film was nearing release but that kind of faded away. Now, it looks like Pacific Rim might be getting a second chapter.

Guillermo del Toro was promoting The Strain at the ATX Television Festival and said that he and Zak Penn were working on the follow up.

According to Buzzfeed Del Toro said, “I’m working very, very hard with Zak Penn. We’ve been working for a few months now in secret. We found a way to twist it around. Travis Beacham [co-writer of the first film, now working on Fox’s Hieroglyph] was involved in the storyline and now I’m writing with Zak because Travis has become a TV mogul.” 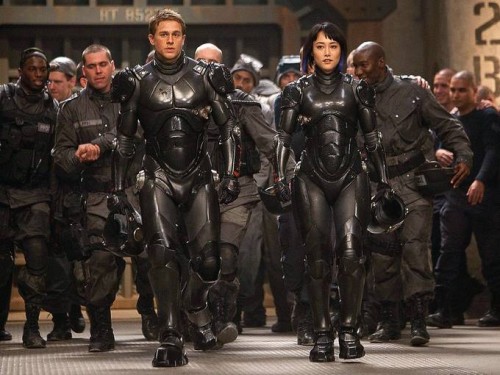 Del Toro did say that Warner Bros and Legendary have not officially put it into production, he’s working on it like it is.

“I don’t have the money, but I’m proceeding like it is happening,” he said. “Some people were wondering if we were going to do the prequel. I was never interested in doing that first wave of invasion,” del Toro said. “I’m going for very new, very crazy ideas on the second one, which are very different from the first one — but you will get really great spectacle.” 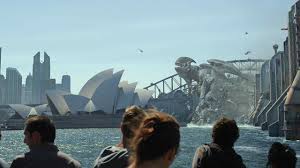 The new film will focus on Raleigh (Charlie Hunnam) and Mako (Rinko Kikuchi).

I guess time will tell if we’ll see Pacific Rim 2!