Oh Suddenly Susan, she was out and about trying to meet CSI star William Petersen and did she meet him? Did she get her man once again? I think we all know the answer to that! Susan is a huge CSI fan and a fan of the film Manhunter.

William Petersen was doing a play in Los Angeles and Susan waited with Bated breathe to meet the star!

I used to be a big fan of the original C.S.I., but once William Petersen left, so did I. I’m an even bigger fan of the film, Manhunter, with the original Hannibal Lector. I’ve wanted to meet Mr. Petersen for a long time. He’s one talented actor and a sexy beast! When I read he was doing a play in town, I had to go!

I got to the venue 90 minutes before show time and even found parking right across the street. Thanks to a tip from DVD Dave, I waited right out front. Sure enough, about 30 minutes later, here comes Mr. Petersen walking up the sidewalk with a reusable bag filled with papers and what-nots.

I asked him politely if he wouldn’t mind signing my Manhunter poster and if he’d make it out to Susan. He said sure and used his leg as backing while he signed. 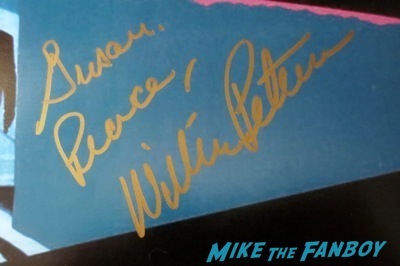 I then asked for a quick photo, which he happily obliged and I wished him a great show. 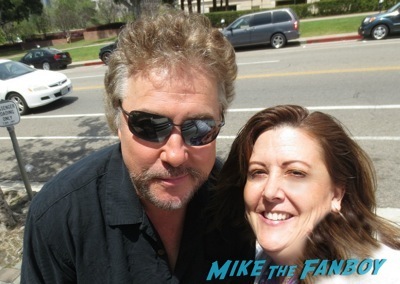 That, as they say, was that. I wish every outing was so simple and successful and with such a beautiful signature as well. Peace to you to William!! 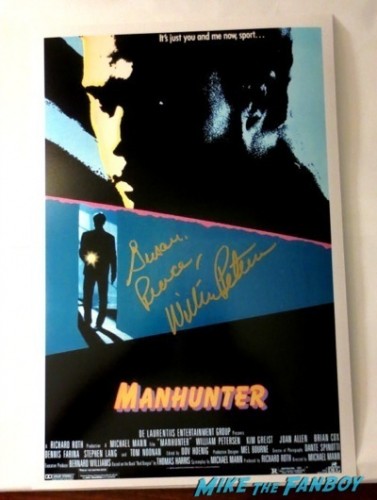