One of the most fun things about Comic Con is the randomness. One minute you’re leisurely talking about the unwashed masses with Suddenly Susan and the next minute you’re racing to the Entertainment Earth booth to meet William Shatner. 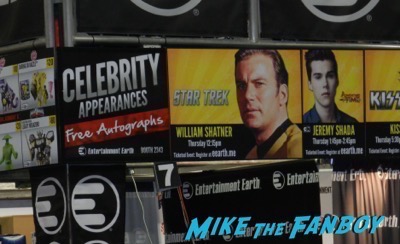 I ran over to the booth and got my wristband. I told I guy I didn’t have anything, and what was he signing? The guy said, “We have a bobble head exclusive, or you can buy the book, or whatever you have is fine.” I didn’t plan ahead, not thinking I would have gotten the signing.

I told the guy that I would buy the bobble head, but the guy at the booth said, then I would have to stand in another long line to get it. Sigh…

What to do? I’m at Comic Con trying to find Captain Kirk memorabilia. It’s like a nightmare, being surrounded by memorabilia, and not being able to get something in time!

Have I mentioned the thousands of people in the aisles of Comic Con? It’s not the easiest thing to navigate.

I took off down the aisles like I was in a live action version of Frogger. I dodged Batmen, unfortunate shirtless Thor’s, and small children wandering aimlessly like frothing Gremlins.

The first thing I could think of was… “Find a Pop Vinyl!”

I bolted, ducked and weaved, and shockingly, a few minutes later I found I small booth selling a few Funkos. I ran up and said, “Do you have any Star Trek Funko’s?”

The guys said,… “Ummmm, we might have a Captain Kirk on the bottom.”

I knelt down and politely asked a young kid dressed like a Ninja Turtle to move and shockingly… I found the Captain Kirk Pop! Say Wha? 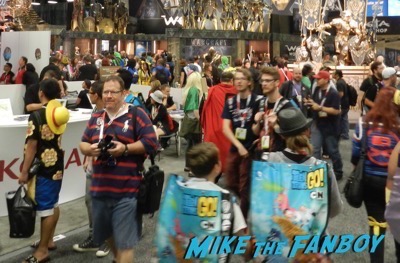 I bought it, and bolted back to the Entertainment Earth booth. I got up to the front, right away, and basically tossed in front of Captain Kirk himself, Mr. William Shatner.

I put the Pop Vinyl down, said hi, The Shat signed it, and said thanks and I was gone. Bam! That was fast.

I got back to the front of the booth and the curtain was closed. The signing was over… 25 minutes early! What a whirlwind. I was lucky the whole thing worked out!

Still, the Pop Vinyl looks awesome! Plus a free William Shatner autograph!?! What a bonus! 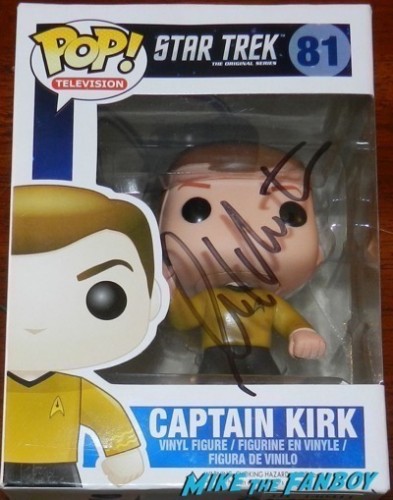