JM recently was able to check out the new film “Willow Creek” directed by none other than One Crazy Summer’s Bobcat Goldthwait! Say wha? Bobcat’s a director now? And judging by JM’s newest review a darn good one!

“Willow Creek” is a found footage film that follows a couple in search of Bigfoot.

God Bless the World’s Greatest Clown, Bobcat Goldthwait, who wows audiences with his latest directorial effort, “Willow Creek.” Somehow over the past decade, Goldthwait continues crafting amazing movies under the radar and this found footage film carries on the tradition. Unlike his previous comedic efforts, this film is straight up thriller and horror.

The film “Willow Creek” focuses on a young couple, an actress named Kelly (Alexie Gilmore) and her Bigfoot obsessed boyfriend Jim (Bryce Johnson), who travel to “Bigfoot Country” in search of the legendary, mysterious creature. Although she doesn’t believe Sasquatch exists, Kelly graciously accompanies her boyfriend as he attempts to make a documentary about Bigfoot and hopefully capture the creature on film during his birthday weekend getaway.

Jim and Kelly scout out locations like Trinity National Forrest and Bluff Creek shooting B-roll for the film before entering Willow Creek, California a.k.a. “The Gateway to Bigfoot County.” Slowly Jim starts interviewing people like the owner of a Bigfoot bookstore and Nina, a 20 year employee for the town’s visitor center, who doesn’t believe Bigfoot exists (just like Kelly). However, not everyone appreciates the duo’s inquiries into discovering Sasquatch.

Regardless if you’re a skeptic or a true believer, Goldthwait graciously shows his affection and understanding surrounding one of the most iconic mythological creatures in an amazing way. Considering how iconic and legendary The Patterson–Gimlin film has become depicting a brief encounter with Sasquatch (1967), how has no one made an “amateur” found footage film relating to Bigfoot until now? This brilliant piece of cinéma vérité is one of the most sensational, surprising horror films I have had the pleasure of seeing in the past 15 years. Goldthwait strikes bloody gold in the year’s best suspenseful horror film.

Since the success of “The Blair Witch Project,” creating a “found footage film” has been extremely difficult not only due to mass media coverage, but creating sympathetic characters audiences truly care about. Unlike the recent “Paranormal Activity” franchise, which depicted characters who refused to recognize trouble and connect to audience members on an emotional level, “Willow Creek” contains characters that seem like your close friends and neighbors. Once again, Goldthwait went under the radar and like his previous films “World’s Greatest Dad” and “God Bless America,” it will blow audiences away. This compelling, creative horror film will leave you on the edge of your seat until the very last frame.

Mainstream horror movies have lost their flare over the past 20 years, but whenever an exceptional idea comes about it leaves studios and audiences amazed to beg the question, “Why hasn’t anyone done that before?” Make no mistake. Bobcat Goldthwait did just that with the scariest and most clever horror film of the year. “Willow Creek” contains Goldthwait’s signature laughs and jokes we have come to love, but just remember this “ain’t no comedy movie boys and girls.” This is a straight up thriller that continues to build until the final shot and possesses a deeply disturbing 19 minute take that will leave you stunned. “Willow Creek” disregards the frustrating found footage film clichés we’ve come to know over the past 20 years and should become a staple of the horror community for decades to come. 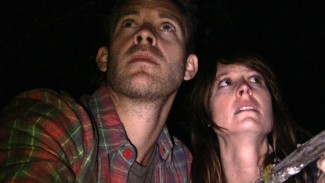 “Willow Creek” opens on a few blades of a grass before the footage is “turned on” by the inhabitants of a vehicle, which are later introduced as Jim and Kelly. Throughout the entire film, the audience feels like its Jim or Kelly using the camcorder, which made the whole experience so much better and the spontaneity more believable. Everything from the dialogue to reactions felt natural and unrehearsed, which made the momentum of the film even more terrifying. Most of the people seen on screen aren’t actors and actually openly speak about their true beliefs about Bigfoot, which added even more depth to this creepy micro-budget movie.

Growing up I adored horror movies, but soon became frustrated with so many spin-offs and franchises that I became disenfranchised with the whole genre. Fortunately for horror fans, there has been a mini horror renaissance with the emergence of the Splat Pack (Alexandre Aja, Rob Zombie, Eli Roth, James Wan, Leigh Whannell, etc.) and filmmakers like Adam Wingard, David Bruckner, Ti West, Glenn McQuaid, Joe Swanberg, etc. Should he choose to venture back into horror I would wholeheartedly buy a ticket to see another horror film directed by Bobcat Goldthwait and I know others would be just as excited. 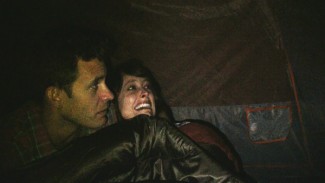 Enough time and work has passed for Goldthwait to be truly recognized as a filmmaker rather than an actor/comedian best known as Zed from “The Police Academy” franchise. “Willow Creek” is another amazing effort by Goldthwait behind the camera and I can’t wait to see what else he has planned. If there’s one horror movie you should discover this year, “Willow Creek” should be your first option. 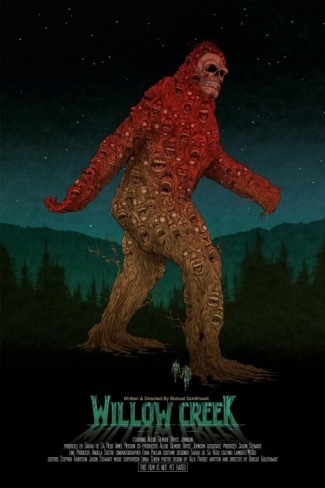