Stan Lee is taking over the world. It’s official and I’m okay with it. In addition to creating pretty much every super hero in the Marvel universe, just a few characters like Iron Man, Thor, Spider-Man… You know, small characters like that. 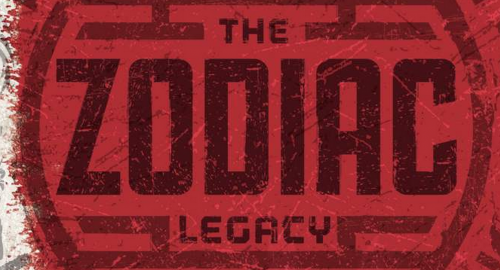 When twelve magical superpowers are unleashed on the world, a Chinese-America teenager named Steven will be thrown into the middle of an epic global chase. He’ll have to master strange powers, outrun super-powered mercenaries, and unlock the mysterious powers of the Zodiac. 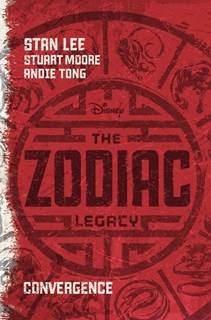 This new novel is a lot of fun, I’ve been able to read a little bit and it’s sucked me right on in. Stan Lee has teamed up with Stuart Moore and Andie Tong to bring this novel to the masses.

Now, you can win your own copy of THE ZODIAC LEGACY: CONVERGENCE plus custom ZODIAC LEGACY temporary tattoos!

About the Creative Team:

Stan Lee is known to millions as the man whose Super Heroes propelled Marvel to its preeminent position in the comic book industry. His co-creations include Spider-Man, The Avengers, Iron Man, The Incredible Hulk, The Fantastic Four, as well as hundreds of others. He introduced Spider-Man as a syndicated newspaper strip that became the most successful of all syndicated adventure strips and has appeared in more than 500 newspapers worldwide. Stan currently remains Chairman Emeritus of Marvel, as well as a member of the Editorial Board of Marvel Comics. He is also the Chairman & Chief Creative officer of POW! Entertainment, a multimedia entertainment company based in Beverly Hills, CA.

Stuart Moore has been a writer, a book editor, and an award-winning comics editor. His recent writing includes Civil War, the first in a new line of prose novels from Marvel Comics, The Art of Iron Man 3 (Marvel, with Marie Javins); and THE 99, a multicultural super hero comic from Teshkeel.

Andie Tong has worked on titles for various franchises, including Tron: Betrayal, Spectacular Spider-Man UK, The Batman Strikes, Smallville, Wheel of Time, TMNT, Masters of the Universe, and Starship Troopers, working for companies such as Disney, Marvel, DC Comics, Panini, Dark Horse, and Dynamite Entertainment, as well as commercial illustrations for numerous advertising agencies including Nike, Universal, CBS, Mattel, and Habsro. When he gets the chance, Andie concept designs for various companies, and also juggles illustration duties on a range of children’s picture storybooks for Harper Collins. Malaysian born, Andie migrated to Australia at a young age, and then moved to London in 2005. In 2012, he journeyed back to Asia and currently resides in Singapore with this wife and daughter.

I know you want to win right!