Home / Contests / Win The Devil’s Due On Blu-Ray Combo Pack! Plus The Top 5 Antichrist Films!

Who doesn’t love a good scary horror film? I’m telling you, there’s nothing like getting a group of friends together, having some drinks and watching a scary movie!

In celebration of the new horror film Devil’s Due starring Zach Gilford and Alison Miller we’re giving away a copy of the film on blu-ray combo pack!

Can everyone say awesome?

But before you enter, pick your favorite out of the top five antichrist films below! Ohhhh scary, my favorite… Anything starring Jonah Hill.

Sorry had to be said. 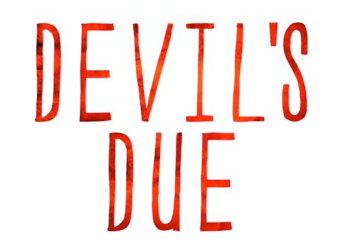 Get the Blu-ray™ and DVD Combo Pack on April 29

After a mysterious night on their honeymoon, Zach and Samantha McCall (Zach Gilford, Allison Miller) find themselves dealing with an earlier-than-planned pregnancy. While recording everything on video for posterity, Zach begins to notice odd behavior in his wife that they initially attribute to nerves, but it soon becomes evident the disturbing changes to Samantha’s body and mind have a much more sinister origin. Directed by Matt Bettinelli-Olpin and Tyler Gillett, part of the quartet of filmmakers known as Radio Silence (V/H/S), and produced by John Davis (Chronicle), Devil’s Due utilizes a found footage-style of storytelling to deliver an emotional, character-driven thriller that showcases supernatural scares and disquieting dread.

In celebration of Devil’s Due Blu-ray™ and DVD’s release, below is a scary round up of the top five antichrist films! 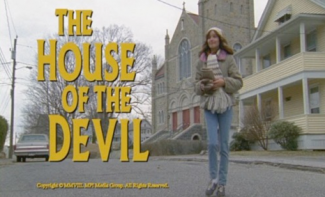 The House of the Devil is a 2009 horror film starring Jocelin Donahue, Tom Noonan, Mary Woronov, and Greta Gerwig. Samantha (Jocelin Donahue) snags a babysitting job for Mr. Ullman (Tom Noonan) and his wife (Mary Woronov) at their remote Victorian mansion. After many creepy occurrences, she is drugged and gagged and finds herself in the middle of a horrific ritual. The movie’s ending lands The House of the Devil on this list. 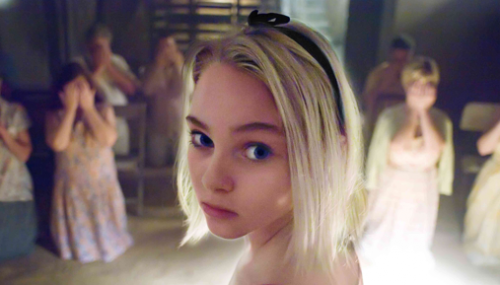 Bloody rivers and other biblical plague-like events take the reins in this 2007 film starring Hilary Swank, Idris Elba, and AnnaSophia Robb. Loren (AnnaSophia Robb) may be the evil kid responsible for all the chaos, but the ending will leave you reeling. The Reaping delivers with strange visions, angels, satanic cults, and the infamous devil child. 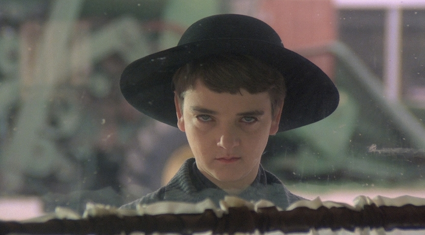 Based on Stephen King’s short story of the same name, Children of the Corn follows Burt (Peter Horton) and his girlfriend Vicky (Linda Hamilton) who, while traveling through Nebraska, accidentally hit a young boy who was running across the road. They are led to Gatlin, Nebraska and find a town completely taken over by a cult of murderous children. This movie is completely creepy and “an adult nightmare.” 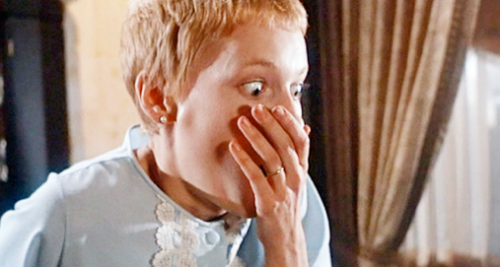 Mia Farrow plays Rosemary, an innocent housewife, who, along with her actor-wannabe husband Guy (John Cassavetes), moves into a New York City apartment with eccentric and “harmless” neighbors. Rosemary ends up pregnant with a little meddling on the neighbors’ part. The satanic cult, scheming husband, and devil spawn do not fail to make an appearance. 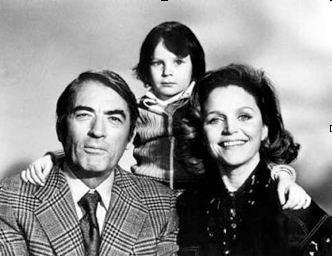 Considered one of the best horror films ever made, The Omen follows couple Robert and Katherine Thorne (Gregory Peck and Lee Remick) as they deal with the denial, fear, and horror that extend from adopting the son of the devil. When Katherine and Robert’s child dies at birth, Robert secretly adopts orphan Damian (Harvey Spencer Stephens). One of the creepiest moments happens when Damian’s nanny kills herself at his fifth-birthday party. This movie instilled desperation and fear into those who watched it and those who made it. The cast and crew claimed to be under a sinister curse during and post production!

Devil’s Due will be available on Blu-ray™ and DVD Combo Pack on April 29, 2014 from Twentieth Century Fox Entertainment. 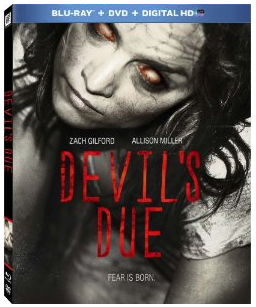