“I must be one of the wonders of Gods own creation…”

When it comes to movies that tug on your heartstrings there are two types, the ones who overplay the schmaltz and make them almost intolerable i.e. Patch Adams and the ones who are inspiring and have more real word implications than are present on the surface. When children are involved in the proceedings it’s an even more difficult task to keep a film on track. 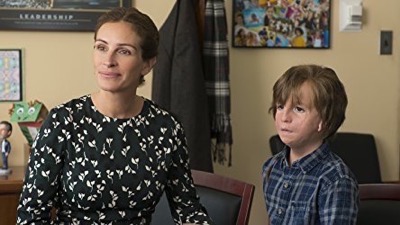 Wonder, out now on Blu-ray, is such a film. It’s a heartwarming story based on the novel of the same name which was inspired by the Natalie Merchant song from 1995. While not a true story, Wonder has its roots in reality, which its main character having Treacher Collins Syndrome, which is a genetic mutation that can cause abnormalities in the skull and face. Some symptoms are moderate while others are severe, which is the case with the lead character in Wonder. 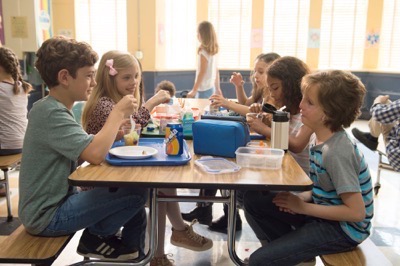 August, AKA Auggie (Jacob Tremblay) is an adorable child who has Treacher Collins. His appearance is off putting and Auggie has been undergoing surgery after surgery to help him fit into society. Due to his condition, Auggie’s parents Isabel (Julia Roberts) and Nate (Owen Wilson) decided to keep him home schooled for his own protection. As Auggie has gotten older, Isabel wants her son to go to a “regular” school.

Immediately, one is drawn into Auggie’s story. He’s whip smart and quick with a comeback, which is more than likely a survival instinct due to his condition. Auggie just wants to fit in, which is no easy task in today’s day and age especially, so Auggie wars a NASA helmet to mask his real face. It’s a tragic statement that a child would have to do this, but let’s be honest, kids are cruel and mean, so it’s completely understandable. 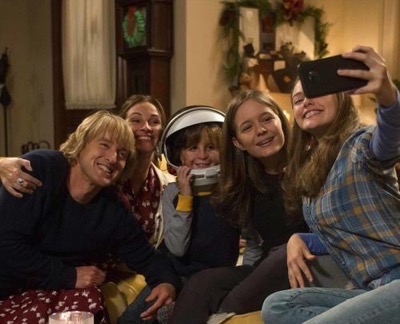 One nice reversal in the story is that Isabel isn’t the typical overprotective mom, it’s Nate who wants to keep his son who doesn’t want his son to have to go through, what he assumes will be the teasing and the cruelty of society. Auggie and his family know full well what he’s getting into and we see the kids react in some typical ways. Auggie is betrayed by a close friend, deals with the school rich kid etc…

The interesting thing about the film is that it goes with the notion that people are for the most part good. It’s a simple prospect but in these divided times, it is something to really think about. Does everyone have a grain of goodness in them and are people inherently decent? Being jaded probably will cause some audience members to pause and really think about that for a moment, but in Wonder that is a preconceived notion and one that the film relies on. In fact, Auggie’s parents are really good people with great intentions, the headmaster of the school played by Mandy Patinkin is kind and loving. Most of the people in the film have hearts of gold, which con be a bit cloying at times, but perhaps that’s just me being super cynical. 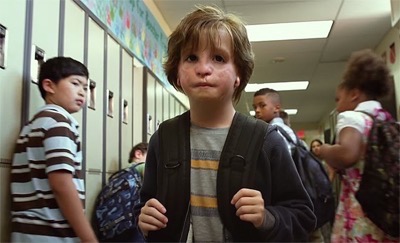 One thing I did find a bit jarring, is that the movie bounces from narrator to narrator and includes different points of view throughout. It makes the film seem like a patchwork at times and sacrifices plot structure to do so. If the film was told in a more straightforward way, perhaps it would have seemed too maudlin, so this could have worked in the films favor in the long run, but it is worth noting as being a bit odd.

Wonder arrives on Blu-ray thanks to Lionsgate Films. It’s not a film that screams, “I need this in high definition” but even in a film like this, a blu-ray picture quality is welcomed. There are times when the fine details really bring out the emotion of the story, particularly in Julia Roberts performance where her eyes are so expressive and full of empathy for her son. The colors are very natural which gives the whole movie a nice earthy quality, this is emphasized by the high definition picture.

Special Features included on this disc are:

Audio Commentary with Stephen Chbosky and R.J. Palacio – It’s a decent commentary track, but unless you’re a die hard fan of the film, probably not necessary.

Summer of Fun Multi-Part Documentary – This is a nice feature that is split up into five different parts detailing the different aspects of the production.

A Child’s Sense of Wonder – This is a quick look at the locations and films which too place in Vancouver, which filled in for New York City.

Wonder Soundtrack Behind the Scenes – This is a super short look at the music in the film. 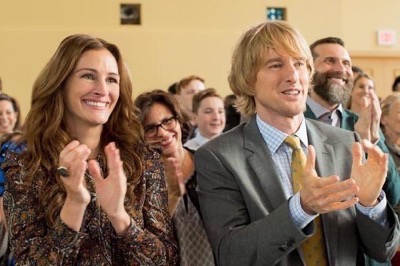 Overall, I have to say I wanted to see this movie but was nervous I was going to find it too cloying and it was going to try and force the water works. It’s a sweet, small little family film that while not perfect is a welcome reminder of films gone by. Auggie’s story is one every child should see, the emotions the movie stirs up are real and not forced on the audience, it evolves in a natural way, which is welcome. I high suggest checking this out. Recommended!

Wonder is out now on Blu-ray