Home / Conventions • Fanboying! / WonderCon 2012 Los Angeles Report! AKA It’s a Wonder That This Is a Con! With Channing Tatum! Jonah Hill! And… That’s About It…

When I heard that the Moscone Center in San Francisco was undergoing renovations and Wondercon was coming to Los Angeles for a one time only event, I was more than thrilled! Finally, I thought a Con centered here in Los Angeles! A great stop over from the madness that is San Diego Comic Con! Plus, a con from the same people that put on the yearly gathering of geek culture San Diego Comic Con has to be amazing right? RIGHT! 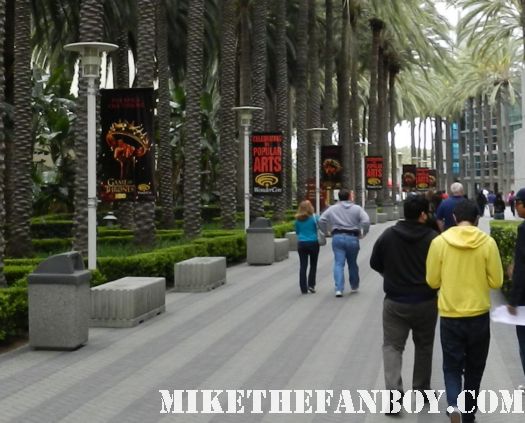 Well… Let’s just say this… It’s a Wonder that anyone goes to this Con? 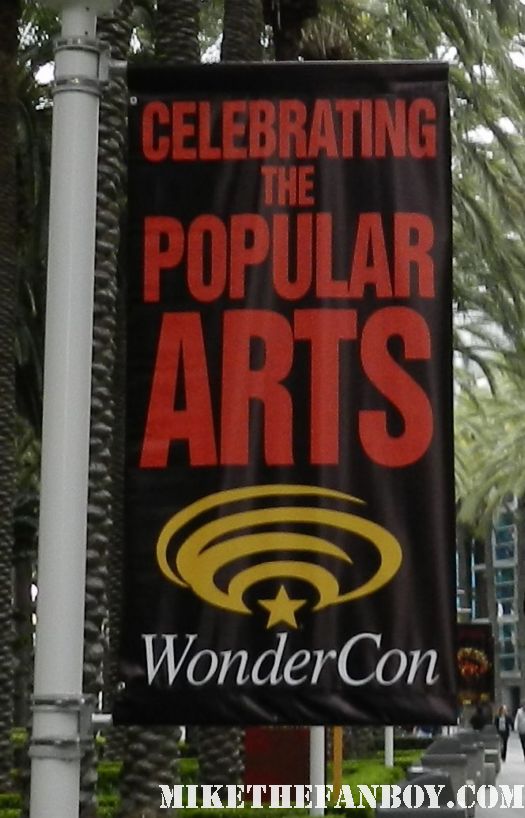 As soon as we arrived I thought.. Oh Lord… The turnstiles were empty and workers were clamoring to help. Uh… We’re not in Comic Con anymore Toto. 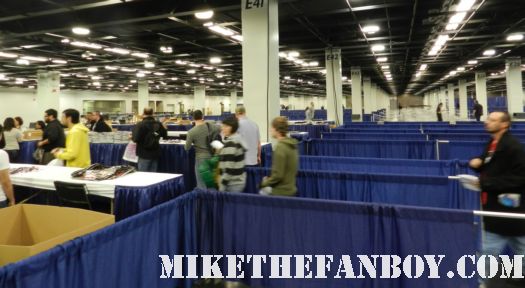 The awesome Suddenly Susan and I carpooled over to Anaheim and met The Lovely Erica and her sister Linda at the “Con.”

We tried to find out about any signings but the poor man at the information booth didn’t have any info and pointed us to a booth that again had no information except how to do some funky handshake from a new documentary. 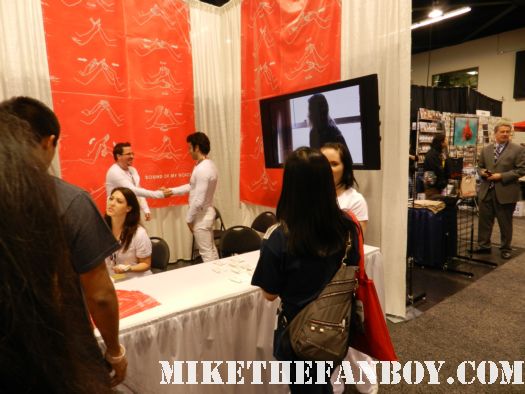 This Con had so much potential… And honestly, it was a tad disappointing.

But even with a disappointing con you can always count on costumed characters to entertain… But Friday at least there was a serious lack of Cos players. We did run into a man dressed like a Hobbit that was willing to get into a series of poses whatever we wanted. That was kind.

Marvel had a booth, but really, it wasn’t their A Game… In fact it was more like D Game… They put a backdrop of the Avengers poster up and allowed people to pose with a replica of the Captain America shield. 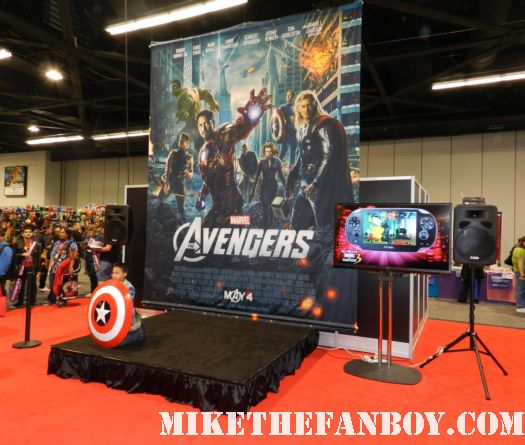 Susan was very excited to see the Castle Comic Book and so we snapped a photo in front of the cover art! 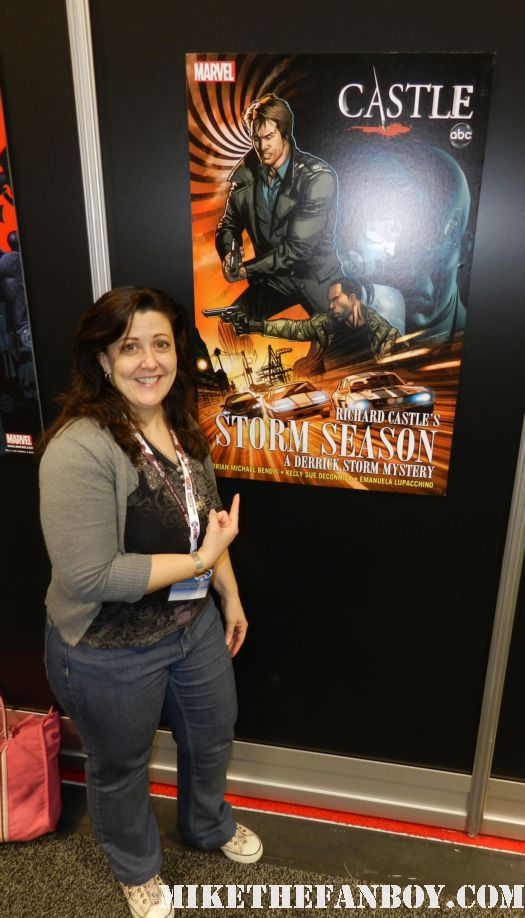 Finally, it was time for some star power! The 21 Jumpstreet panel was about to begin. So we headed up to gaze upon Jonah Hill… I’m sorry Academy Award Nominee Jonah Hill.. He was at the con with Channing Tatum and they both came dressed as their characters from the film series. 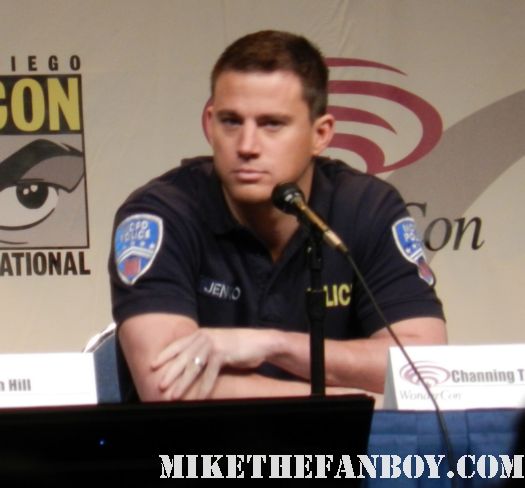 Channing was his usual charming self telling one woman who asked a question that she was the “Hottest Wife at Wondercon.” 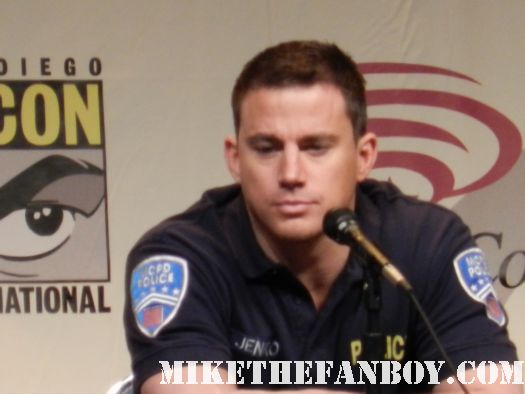 Jonah Hill said, “We want to be here, I could be sleeping but we chose to be here with you.” For the entire 15 minute panel apparently. I guess we should be grateful that Jonah Hill decided to wake up and come all the way out to Wondercon to “be with us.” 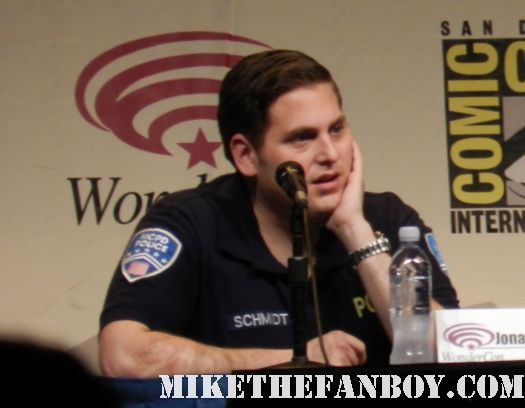 So, after that show of star power we had to gaze at the mini poster that Jonah Hill “signed” at the 21 Jumpstreet premiere for Erica. 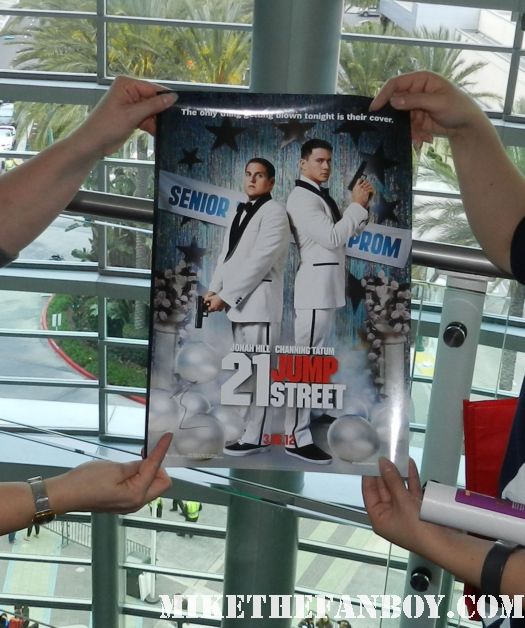 We went back down to the convention floor and spied one of the funniest shirts I’ve ever seen! lol… One thing about Cons they have awesome T-Shirts! 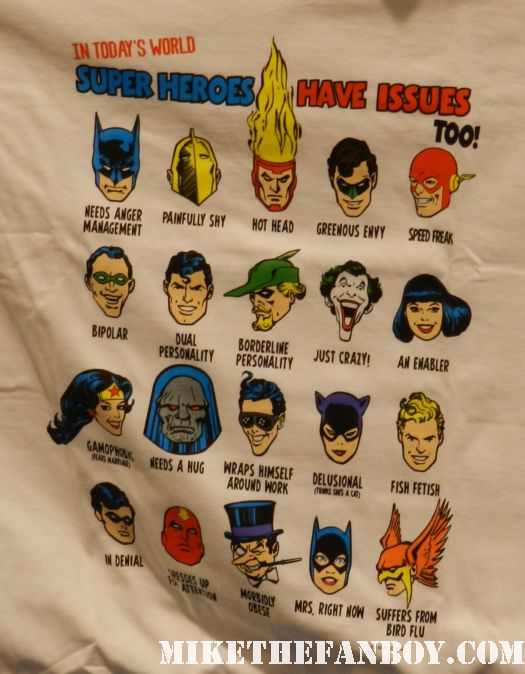 I wish I could say there were more things to photograph but sadly there wasn’t. I did make the Susan, Erica and Linda pose for a cute photo however! 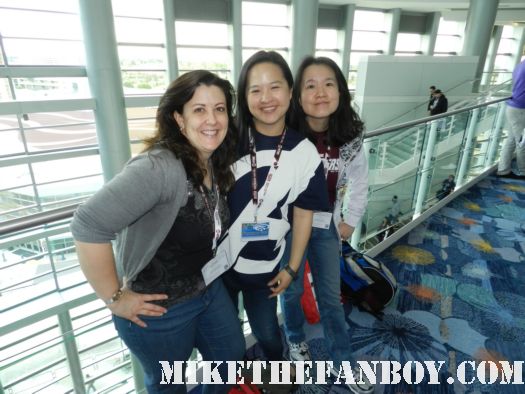 We did find a great booth that had some prototype prop replicas from the Avengers. And I can to grab a quick photo with Thor’s Mjölnir. 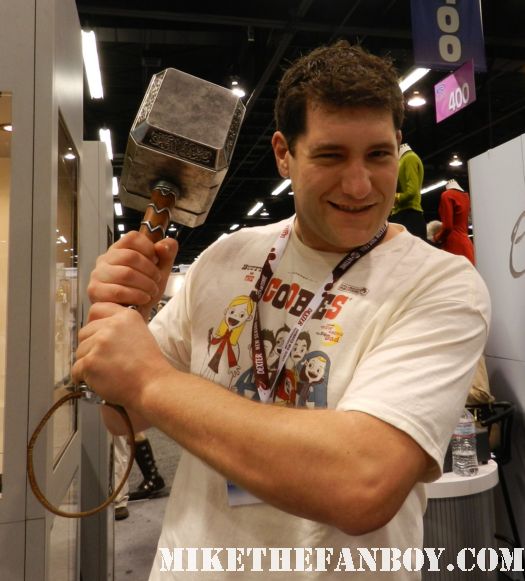 Then we headed over to the Marvel booth and grabbed a one sheet for the new Avengers movie poster.

And that… as we say is that. Wondercon… Not much of a Wonder. Honestly, I expected better from the people who put on Comic Con… Ah well… Thankfully, I had some great company, so we had fun nonetheless!