Wondercon is coming March 25-27th and the full schedule is out. It’s an interesting year with the con moving to Los Angeles. There are some really cool panels, and I went through the schedule for all three days and picked out some media highlights below.

Check it out and I hope to see you there!

Join the Damien cast and executive producer Glen Mazarra ( The Walking Dead, The Shield) on Good Friday for a special preview of the newest episode before it airs Monday on A&E followed by a Q&A. See what lies in store for the mysterious child from The Omen now that he realizes the evil occurrences around him are not coincidental. Now 30-year old Damien Thorn and those closest to him must come to terms with his true destiny; that he is the Anitichrist. Starring Bradley James (Merlin), Barbara Hershey, Megalyn Echikunwoke (The Following, House of Lies), Omid Abtahi (The Hunger Games: Mockingjay Part 2, Those Who Kill), andScott Wilson (The Walking Dead). 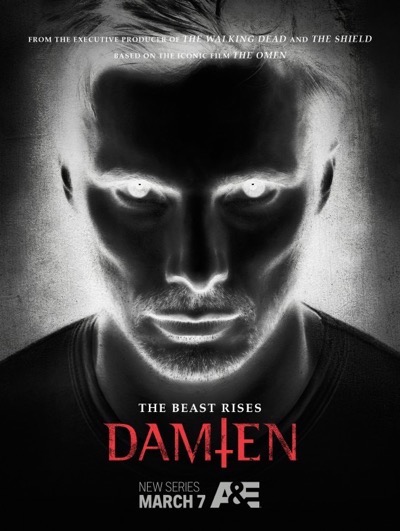 Based on the bestselling young adult fantasy book series The Mortal Instruments by Cassandra Clare, Freeform’s hit new original series Shadowhunters follows Clary Fray, who finds out on her birthday that she is not who she thinks she is but rather comes from a long line of Shadowhunters: human-angel hybrids who hunt down demons. Now thrown into the world of demon hunting after her mother is kidnapped, Clary must rely on the mysterious Jace and his fellow Shadowhunters Isabelle and Alec to navigate this new dark world. With her best friend, Simon, in tow, Clary must now live among faeries, warlocks, vampires, and werewolves to find answers that could help her find her mother. Showrunner Ed Decter, executive producer McG, and series cast members Katherine McNamara, Dominic Sherwood, Harry Shum Jr., Matthew Daddario, Emeraude Troubia, Alberto Rosende, and Isaiah Mustafa will partake in the Q&A panel.

When a mysterious and deadly epidemic breaks out in Atlanta, a vast urban quarantine is quickly enforced, forcing those stuck on the inside to fight for their lives while local and federal officials desperately search for a cure. Torn apart from their loved ones, the survivors trapped within the cordon are fighting against not only fatal infection but also isolation, fear, and the disintegration of society around them. As they begin to gain each other’s trust, hope remains, and on either side of the cordon, unlikely heroes will rise. Containment makes its WonderCon debut with a special screening of the entire pilot episode, followed by a Q&A with series stars and producers. Based on the original Belgian series created by Carl Joos for Eyeworks, Containment is produced by My So-Called Company in association with Warner Bros. Television, with executive producers Julie Plec (The Vampire Diaries, The Originals), David Nutter (The Flash, Arrow), Matt Corman, and Chris Ord (Covert Affairs).

The always-entertaining cast and creators behind Bob’s Burgers bring their Emmy Award-winning animated series to WonderCon for an unforgettable panel! Creator and executive producer Loren Bouchard and the hilarious cast, including Kristen Schaal, John Roberts, and Larry Murphy, will entertain with a Q&A panel discussion featuring never-before-seen footage and a behind-the-scenes look at the series as they get ready to celebrate the 100th episode of Bob’s Burgers, airing on FOX this May. 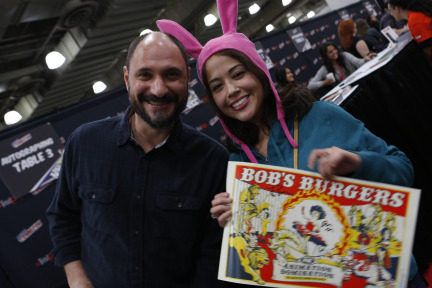 Brainy hit iZombie returns to WonderCon for its sophomore appearance to give fans the scoop on the shocking events yet to be seen in season 2. Will Liv learn the truth about Drake’s involvement with Mr. Boss? Will Clive remain in the dark about the existence of zombies? What will happen to Blaine and Major as the effects of the cure wear off? The clock is ticking. Join this panel for a special video presentation followed by a Q&A with series stars as well as executive producers Rob Thomas (Veronica Mars) and Diane Ruggiero-Wright (Veronica Mars). From Bonanza Productions Inc. in association with Spondoolie Productions and Warner Bros. Television and based upon characters created by Chris Roberson and Michael Allred, published by DC Entertainment’s Vertigo imprint, iZombie airs Tuesdays at 9/8c on The CW. 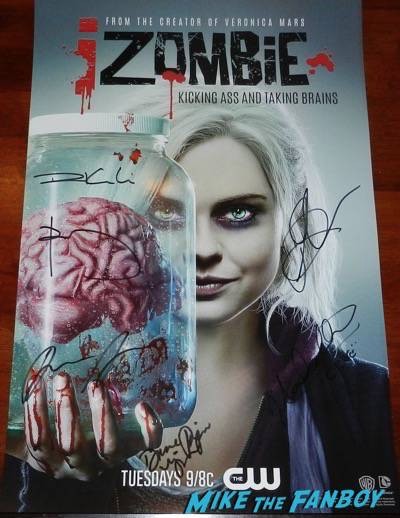 TMNT: Out of the Shadows

Paramount Pictures and Nickelodeon Movies provide an inside look at the next installment in the Teenage Mutant Ninja Turtles franchise. Attendees will hear the latest news for one of the summer’s most anticipated movies!

Join cast members Dominic Cooper (Agent Carter) and Ruth Negga (Agents of S.H.I.E.L.D.), and showrunner Sam Catlin (Breaking Bad). Based on the popular, cult comic book franchise of the same name, the highly anticipated series is a supernatural, twisted, and darkly comedic drama that follows a West Texas preacher named Jesse Custer (Cooper), who is inhabited by a mysterious entity that causes him to develop a highly unusual power. Jesse, his badass ex-girlfriend Tulip (Negga) and an Irish vagabond named Cassidy (Joseph Gilgun) come together; and when they do, they are thrust into a crazy world populated by a cast of characters from Heaven, Hell, and everywhere in between.

The Last Ship returns to WonderCon for a first look at the upcoming season and a panel with producers and cast including Adam Baldwin, Bridget Regan, Travis Van Winkle, Marissa Neitling and Jocko Sims. Following the epic season two cliffhanger, the highly anticipated third season finds the crew of the Nathan James shifting their attention to Asia after President Michener hears rumblings that the Chinese leader, President Peng, has been hoarding the “Scott cure” instead of distributing it to the people in the region. Michener sends Chandler to a global summit to investigate this allegation, as well as rumors of a possible mutation of the original virus that has caused a fresh outbreak in Japan. If the mutation has occurred, and Asia has not been protected, the consequences for the world are dire. And with Rachel Scott shot in the season 2 finale and her fate as yet unknown, hope is in low supply. Panel attendees will be treated to never-before-seen footage and a revealing discussion led by TV Guide’s Rob Moynihan. All new episodes of The Last Ship air on TNT this summer.

Join star Jason Patric (Rush, Sleepers), executive producers M. Night Shyamalan (The Sixth Sense, The Visit), Donald De Line (Green Lantern, The Italian Job), and Ashwin Rajan (Devil, The Visit), and executive producer/showrunner Mark Friedman (Believe, The Forgotten) for a sneak peek at the second chapter of this psychological thriller event series, based on the world created by author Blake Crouch in his international bestselling series of books. Season 2 picks up with the residents of Wayward Pines battling against the iron-fisted rule of the First Generation. Jason Patric portrays Dr. Theo Yedlin, a new resident of Wayward Pines, who awakens from suspended animation and finds himself in the middle of this rebellion as he tries to understand what Wayward Pines really is and help preserve the endangered human race. Produced by Twentieth Century Fox Television, Wayward Pines returns to FOX this summer. Screening to be followed by a panel discussion and fan Q&A. 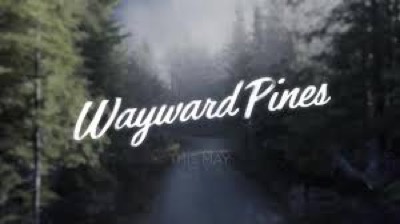 Scorpion: Screening and Q and A

Calling team Scorpion! Making their first WonderCon appearance, the cast of CBS’s Monday night hit drama will be on hand for an exclusive screening of an upcoming episode, followed by a discussion of what fans can expect from the rest of the action-packed second season. Get the inside scoop with series stars Elyes Gabel, Robert Patrick, Eddie Kaye Thomas, and Ari Stidham and executive producers Nick Santora and Nicholas Wootton.

Join the cast and executive producers for Sleepy Hollow’s WonderCon debut! Get a sneak peek at the penultimate episode of the third season before it airs Friday on FOX. A brief Q&A will follow the screening.

With Mt. Weather destroyed and tensions escalating among the various clans on the ground, The 100’s sacrifices and heartbreaking choices have changed them forever. But now, as they set out to fortify their place in this dangerous new world, the question remains of what form that world will take: Will peace begin to take form, or will full-scale war break out among the Grounder clans? The twists are just beginning. Be among the first to get the scoop on what’s in store for the second half of the third season. What is the City of Light? What is ALIE’s end game? What challenges will the Sky People face next? See a special video presentation, followed by a Q&A with series stars Eliza Taylor, Bob Morley, Devon Bostick, Christopher Larkin, Lindsey Morgan, Richard Harmon, Isaiah Washington, and Henry Ian Cusick and executive producer Jason Rothenberg. From Bonanza Productions Inc. in association with Alloy Entertainment and Warner Bros. Television, The 100 airs Thursdays at 9:00 pm on The CW.

When heroes alone are not enough, the world needs legends. In DC’s Legends of Tomorrow, rogue time master Rip Hunter travels from the year 2166 back 150 years to assemble a disparate group of both heroes and rogues to confront the immortal threat of Vandal Savage-with not only the planet, but all of time hanging in the balance. From the creators of The Flash and Arrow, The CW’s newest superhero team-up combines characters from both shows, in addition to new heroes from the DC Comics pantheon. This epic story puts the fate of the world in the hands of an unlikely team, and the battle to save Earth will be legendary. From Berlanti Productions in association with Warner Bros. Television, DC’s Legends of Tomorrow airs Thursdays at 8/7c on The CW.