I’ve met her several times and each time, she’s been very kind. Such poise and dignity as well, she’s honestly just awesome.

When I was told by John that there was going to be a rare q and a with Sigourney Weaver for Working Girl, I knew I had to go.

Scotty, Billy and Ace headed out with me to the screening.

Seeing Working Girl on an original print was really cool. The film quality obviously had scratches and there were loss but it was still really cool.

After the screening Sigourney Weaver participated in a lengthy q and a about the film.

She was really interesting and was very candid.

“I wanted to do mostly comedy and I ended up not doing as much as I liked.” Said Sigourney Weaver, “It’s actually hard to find good comedy in the film world than it is in the theater world. I worked with Mike (Nichols) before and he knew I would have liked to do this.” 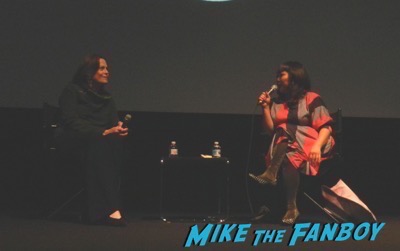 When it came to films Sigourney Weaver said that people didn’t see her as a comedian.

“Once you do Ripley, it’s very serious, I had to keep proving myself that I could do comedy even though that’s how I started out.” 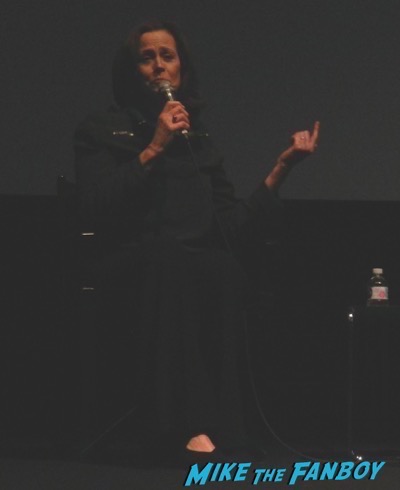 When it comes to Working Girl the character was based on someone who Sigourney actually liked.

“It’s interesting, we actually based Katherine on a woman that Mike and I both knew. She’s actually very impressive and who we both liked. But if you press her, she turns into Katherine. She’s an interesting villain character because she doesn’t have enough self awareness to realize what she did.” Laughed Sigourney. 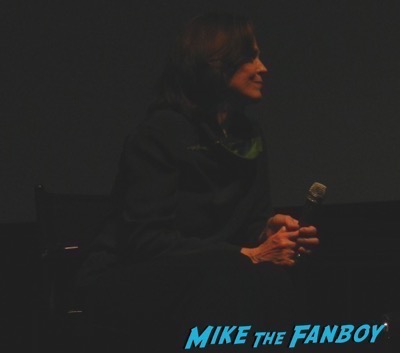 Even though Katherine is a villain she is a well rounded character.

“I’ve had enough women come up to me in airports and say, ‘she took your clothes, she took your man, but I think Katherine probably just spins it into another job and never looks back.” Laughed Sigourney. 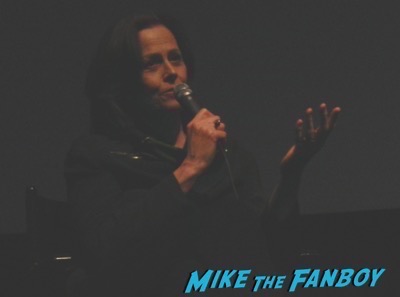 How does Sigourney feel about the legacy of the film?

“For working women this movie was important and loved and encouraged a lot of women.” Sigourney stated.

After the panel a few of us approached the stage.

She was very kind, she signed the young lady’s VHS cover and then a couple photos for Ace. Scotty got her to sign his Aliens poster and a Copycat poster to which she replied, “Oh, a scary one!”

I had her sign my Alien original counter stand, and she said, “Wow, I haven’t seen this. I didn’t know there even was one.” Then I asked her to sign my Gorillas in the Mist poster.

Billy only had one item and got my Alien poster signed as well. 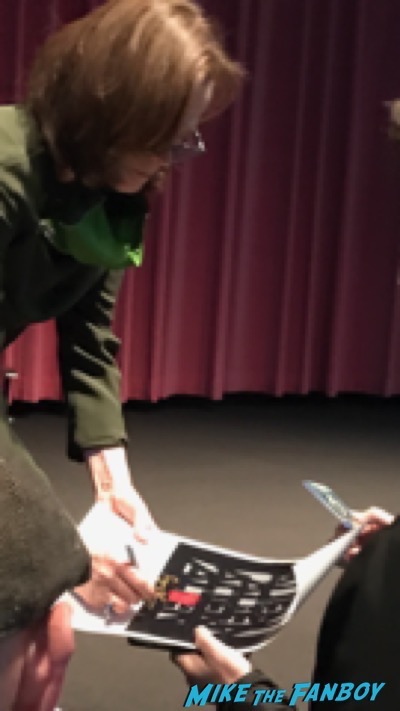 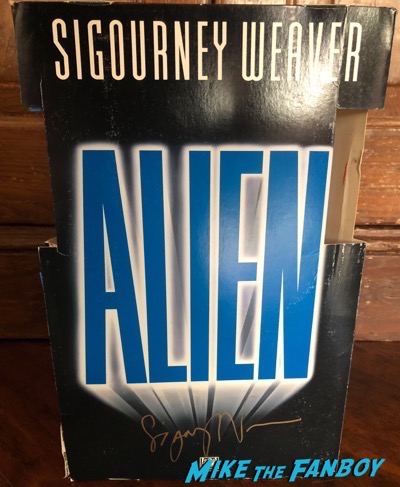 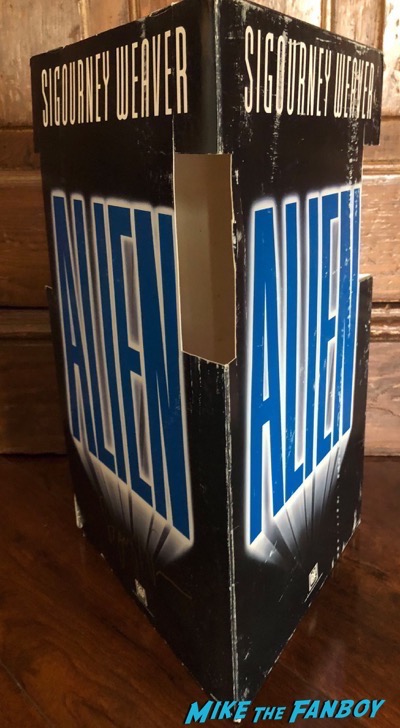 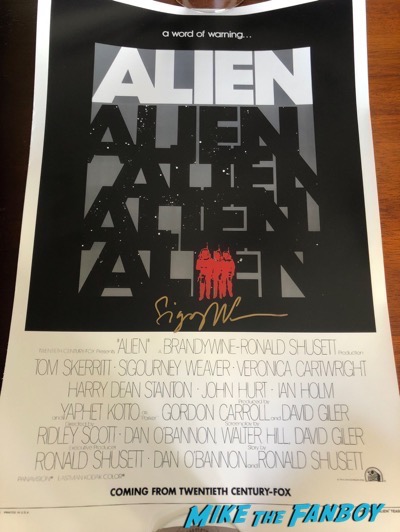 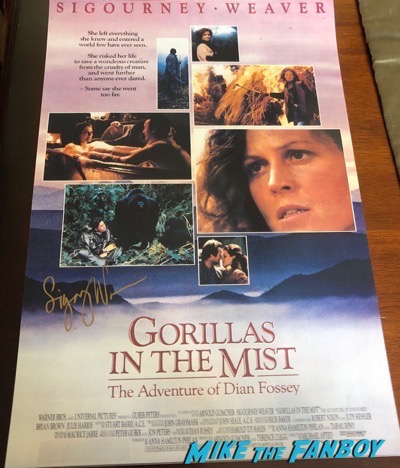 It was a wonderful night and Sigourney was lovely.