First – Happy 20th Anniversary to Anita and her creator Laurell K Hamilton.  That’s pretty amazing when you think about it.  20 years of the same character and she’s still going strong despite how fans ebb and flow.  That’s pretty freaking amazing.

I put off reading this book for many reasons: 1) I knew it would focus around Micah somehow and no matter how much he tries to prove differently I still cannot trust him.  I’m still waiting for the shoe to drop because he’s just too perfect.  Always has been.  I don’t trust it.  2) Anita is one of those literary friends you have to spend time with.  You can’t just have a quick conversation with her, you have to commit some time to catch up and see how life’s been treating her.  3) I find it increasingly hard to read them with all the lovey-gooey stuff.  I admit it, I’m old school Anita. I want fighting, zombie raising, bad vamp mind rolling, what gun do we use next – Anita.

Finally I picked it up and I’m of two minds.

Never ending lectures about love, which basically start to repeat themselves.  All variations on a theme and all feel like it’s preaching to the choir.  Kind of like when someone asks me if I’m a Christian.  I say yes and they still try to convert me to Christianity.  What?  Shouldn’t you be trying to save someone else?  I just feel if we’re reading these books then we’re all pretty open minded about the relationship stuff in them.  Just saying.

Repetitive character descriptions.  I say once and done. The burden is then on me to remember how they’re built, what color hair/eyes, etc.  Especially for characters that have been in the series for a while.  I get you have to do a little for anyone picking this up as their first book of the series (why you’d do that is beyond me), but some of it got a little overkill.

The ending.  Really?  All that build up and that’s it?  No real fighting?  No battle?  No, being scared she might lose a lover?   I get that sometimes things just work in your favor and goes a lot easier than planned, but this felt like skipping dessert after a really good meal.  It’s not as satisfying.  But kudos to Anita for getting it done so quickly!

Jean-Claude comes to play albeit too briefly for my tastes J.

Creep/Scare Factor: Pretty high up there.  I mean between the zombies eating and adapting super fast, considering who made them and how they can control them from any distance even through a secondary bite…that is super duper creepy.  You know it’s bad when Anita is stumped on how to proceed.

Also, who wants to take bets she’s pregnant?  C’mon, the signs are there.  And oh, holy f**k but that would be a big ‘ol crap storm and a half.

I enjoyed it.  Despite the things I really didn’t like, I did appreciate that my angry, cynical, fight to the death, Anita showed up here and there.  I liked that there were moments where I wondered how they’d get out alive and who might not.  I even kind of liked the whole progression of the relationships.  Although with certain people coming back that’s gonna get totally screwed to hell and back.   I think I might have finally reached a place of acceptance that the arduer is not going away and the men in her life will not start dwindling, at least it seems we’ve reached a place of stasis here.   I’m making peace with the mellower Anita, and by that I mean biting my tongue hard and forcing a smile when she starts in about her relationship issues.  I want to be a supportive friend, I really do.  It’s just hard when I don’t like 85% of the men in her life and I’ll just admit it again I am completely biased against the cats.  I don’t trust any of them.   Why couldn’t she have been queen of the werewolves, or even the wererats!  WHY CATS?!?!?!  Ok, supportive friend…grin and bear it…. 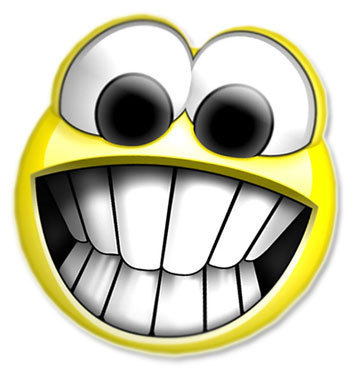